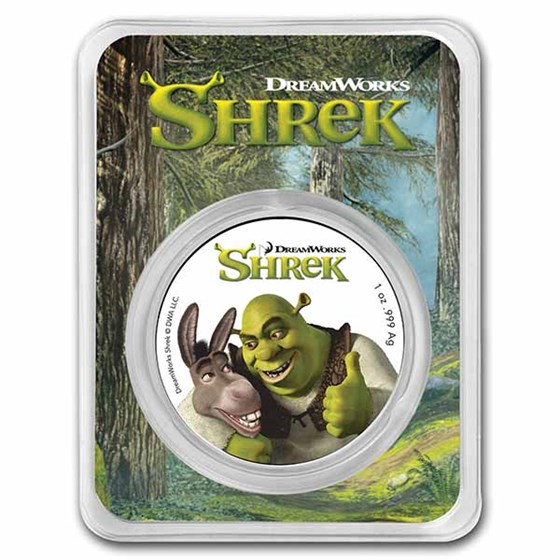 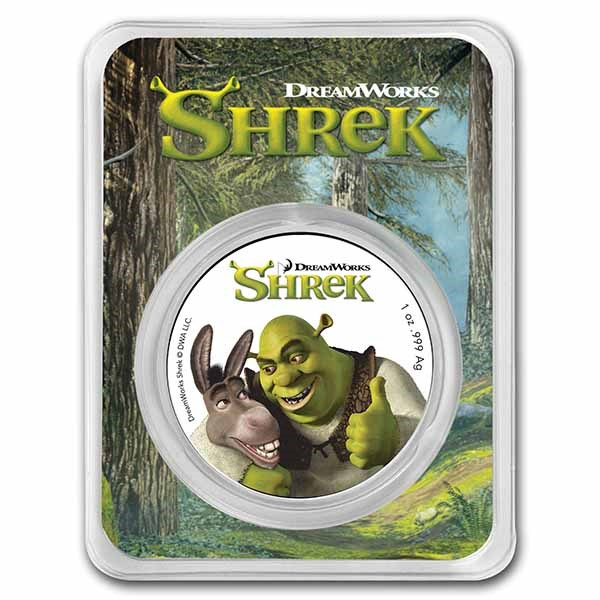 Product Details
Product Details
Available exclusively at APMEX, celebrate the 20th Anniversary Shrek the Ogre with this .999 fine Colorized Silver $2 coin! This unique coin is in full color on one side and comes in licensed Shrek tamper-evident packaging (TEP).