1 oz Silver - 7 Wonders of the World: Lighthouse at Alexandria 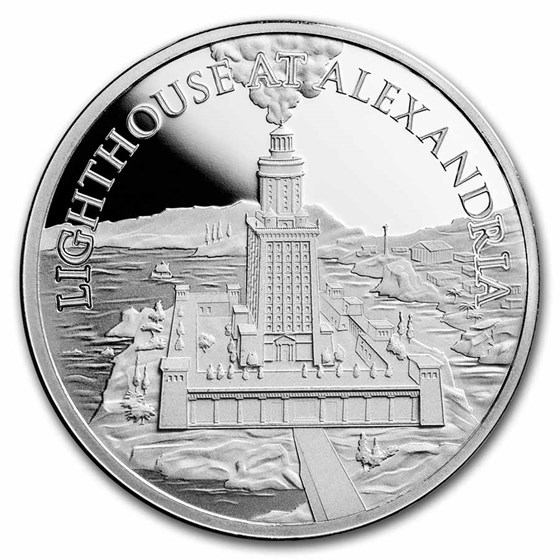 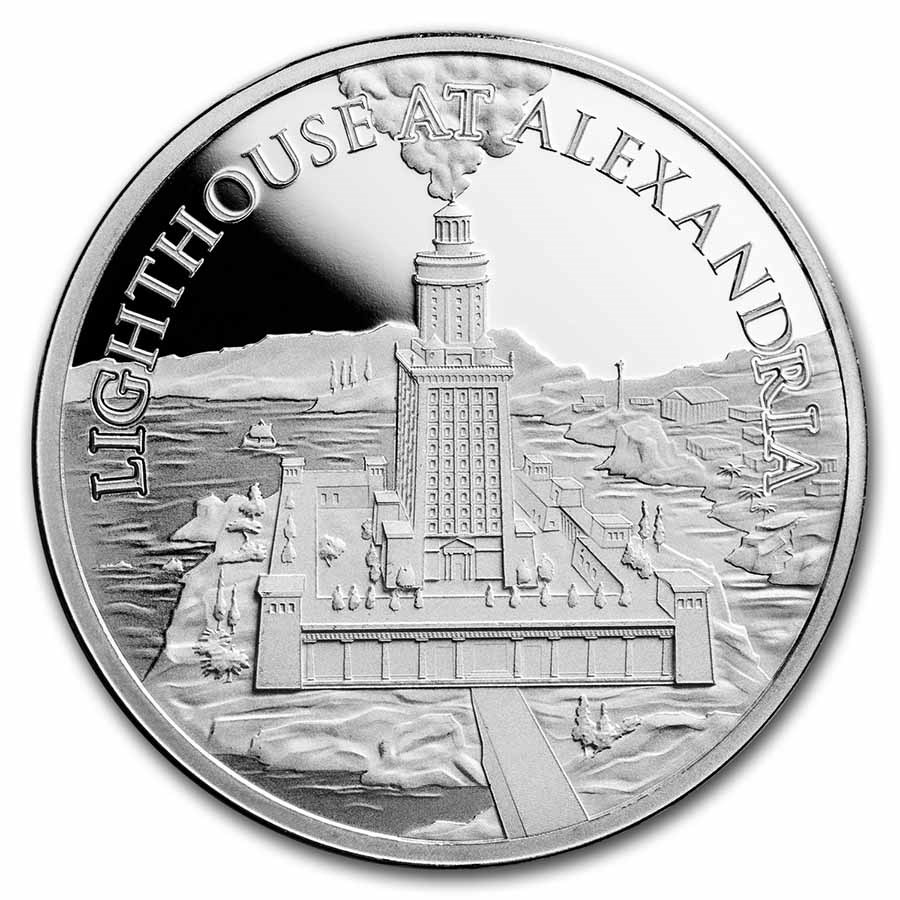 Product Details
Product Details
The Seven Wonders of the Ancient World are among the most famous landmarks in human history. The third release in this popular APMEXclusive® series features the Lighthouse at Alexandria in a limited mintage of 7,777 Silver rounds worldwide.

Round Highlights:
Store your new round in a Seven Wonders gift tin and display your collection of unique rounds featuring the most famous landmarks in history.

Add the third release of the Seven Wonders of the Ancient World series to your collection with a Lighthouse at Alexandria 1 oz Silver round today!

Seven Wonders of the Ancient World
APMEX is proud to present the third release of the exclusive Seven Wonders of the Ancient World series. This series will include seven releases all featuring worldwide limited mintages of 7,777 Silver and 77 Gold, respectively. Each release of new Silver and Gold rounds features a design dedicated to a mystic wonder of the ancient world, an effigy of a historical figure relevant to the subject and a denomination appropriate to the time period.

Once considered the tallest man-made structure in the world standing at least 300 feet in height, the Lighthouse at Alexandria was built by the Greek Ptolemaic Kingdom of Ancient Egypt during the reign of Ptolemy II Philadelphus around 280 BC. Sometimes referred to as the Pharos of Alexandria, the lighthouse was constructed of stone and remained standing until three earthquakes between the years of 956 and 1323 AD tremendously damaged the structure, causing this ancient wonder to be abandoned before falling into complete ruin. This 1 oz Silver round features a detailed depiction of the lighthouse and the pharaoh during the time of its construction, Ptolemy II Philadelphus. In addition to the detailed lighthouse and pharaoh, the round also features the denomination of a Tetradrachm, a currency commonly used during the time when the lighthouse remained standing.

The Lighthouse at Alexandria release follows the widely collected Colossus of Rhodes and Hanging Gardens of Babylon releases. With low mintages, beautiful design elements and unique details, these rounds immediately captured the attention of collectors everywhere. Act now to continue your collection with the third release featuring the Lighthouse at Alexandria before supplies sell out!

Another great job by APMEX!

Satisfied with my order, capsule was a nice touch! Great service every time.

Looks amazing and came in capsule. Couldn't ask for any better.