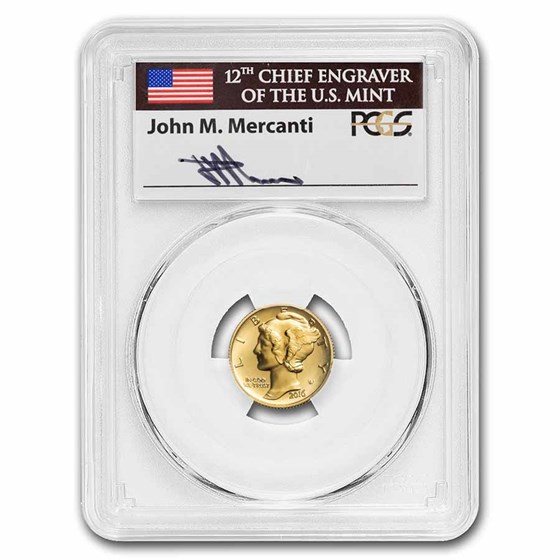 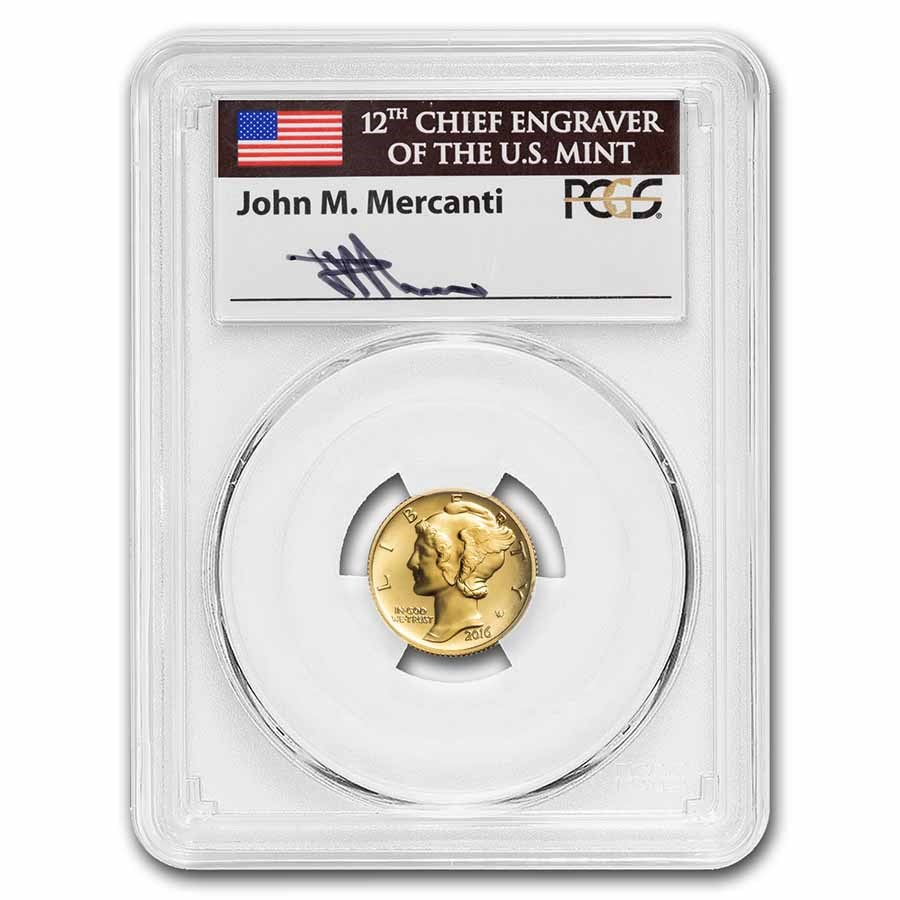 Encapsulation by PCGS authenticates and protects the condition of the coin, allowing for years of enjoyment and viewing pleasure. Label may vary slightly.

This special 100th anniversary coin was issued in memory of the popular 1916 Mercury Dime and features 1/10 oz of .9999 fine Gold, making this coin a great addition to both numismatic and investment portfolios. Add this 1/10 oz Mercury Dime to your cart today!

The 2016 Mercury Dime Centennial Gold coin pays homage to one of the many coin designs issued during what is known as the "Renaissance of American Coinage." Adolph A. Weinman’s original winged Liberty design is considered one of the most beautiful coins of all time.

In 2016, the U.S. Mint marked the centenary anniversary of three numismatic icons with the release of the 1/10 oz Mercury Dime, 1/4 oz Standing Liberty Quarter and the 1/2 oz Walking Liberty Half Dollar Centennial Gold coins. Each of these coins features an allegorical representation of Liberty, being the last design of each denomination to do so.

The mint's goal is to match each Gold coin to the size and diameter of their original Silver coin from 1916. Plans are to issue business strikes only, meaning no Proof or Uncirculated versions will be issued.