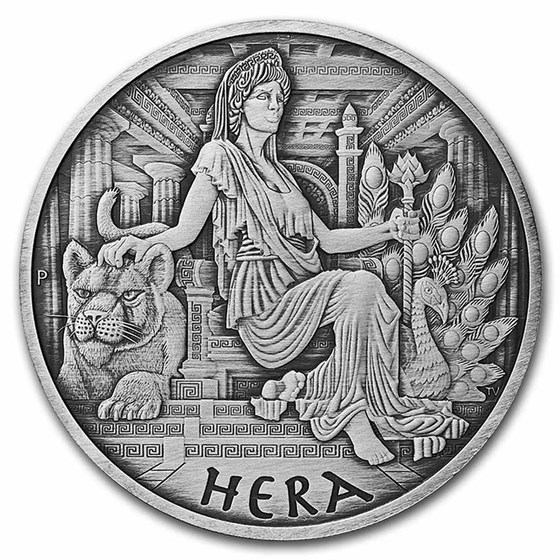 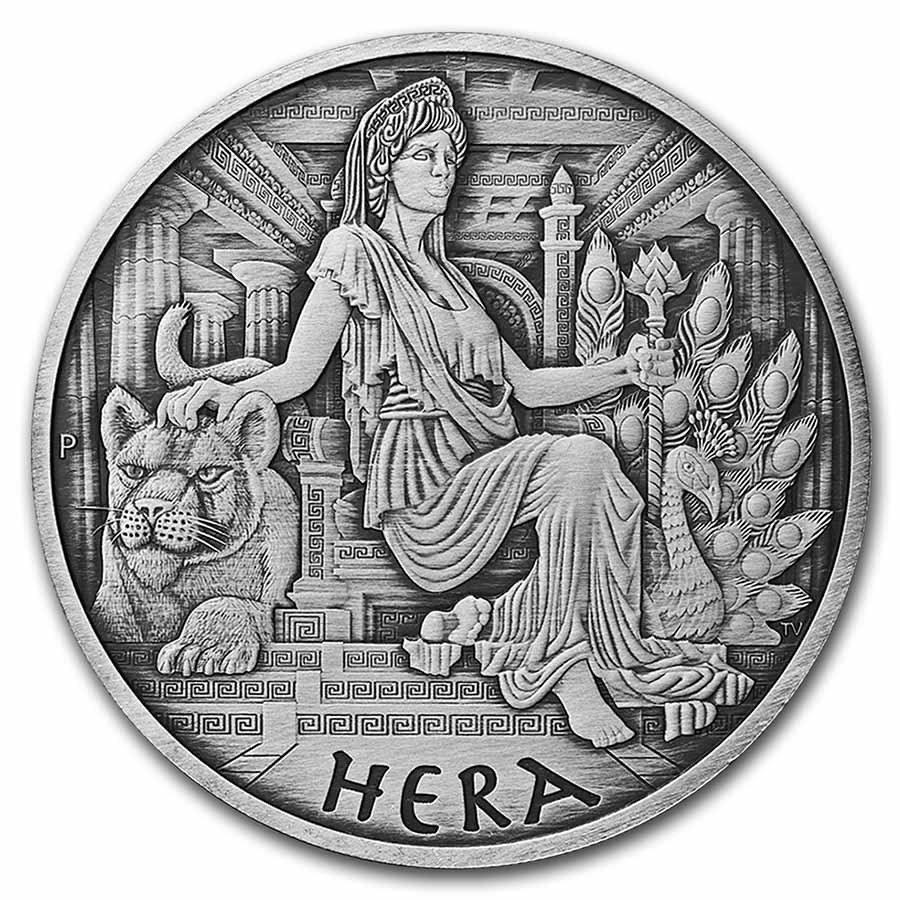 Gods Of Olympus Hera
Perth Mint's Gods of Olympus series continues with Hera, the Greek Goddess of Women and Marriage, and wife of Zeus. This release follows the prior releases of Zeus, the Greek god of the sky, Poseidon, the Greek god of the sea, and Hades, the god of the underworld. Hera is depicted wearing a crown, sitting on her ornate throne on this Silver coin by The Perth Mint, struck in 1 oz of .9999 fine Silver, with an antiqued finish.

The Perth Mint
The Perth Mint is Australia's oldest operating mint and throughout its rich history, the name has become synonymous with some of the highest standard of bullion and collectible products. Along with the Gods of Olympus series, some of The Perth Mint's most well-known coin programs include the Gold Kangaroo and Silver Kangaroo, Koala, Gold Lunar and Silver Lunar, and Gold Swan and Silver Swan programs along with a wide variety of specialty bullion releases.