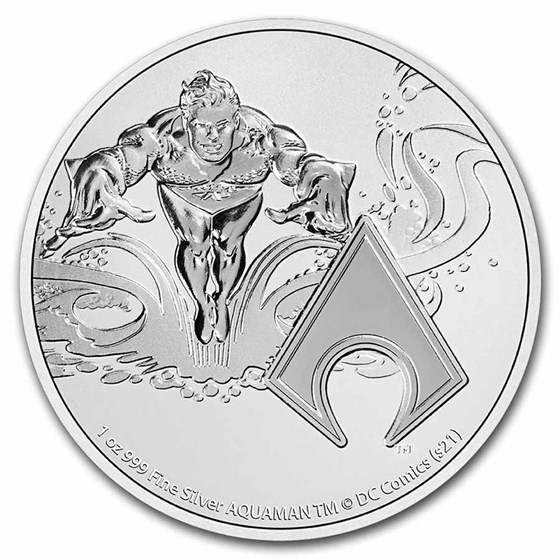 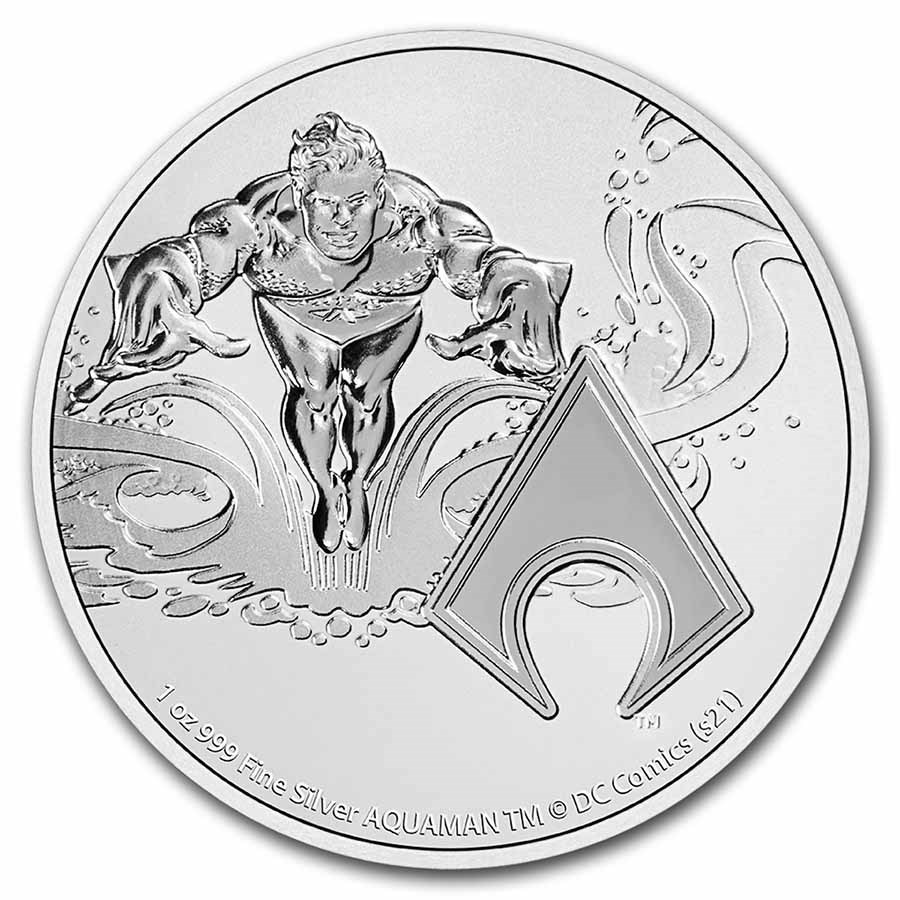 Product Details
Product Details
The fourth release in the Justice League Series, exclusively at APMEX, features Aquaman. Only 15,000 Silver coins are available in this mintage, so they're sure to go fast!

Aquaman
Arthur Curry, better known as Aquaman, has had many origin stories over the decades. Each origin is similar in that he starts as an outcast from Atlantis raised on the surface in humble surroundings only to later realize his true noble birth and rise to become the greatest king Atlantis has ever seen. His powers have evolved over time as well. Once limited to only talking to sea creatures, he now can communicate to masses of them over long distances using powerful telepathy. His telepathy, super strength and ability to breathe underwater make him a formidable fighting force. Aquaman is one of the founding members of the Justice League.