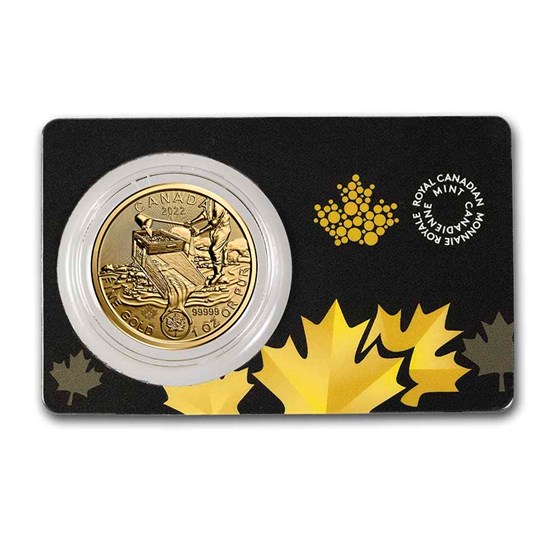 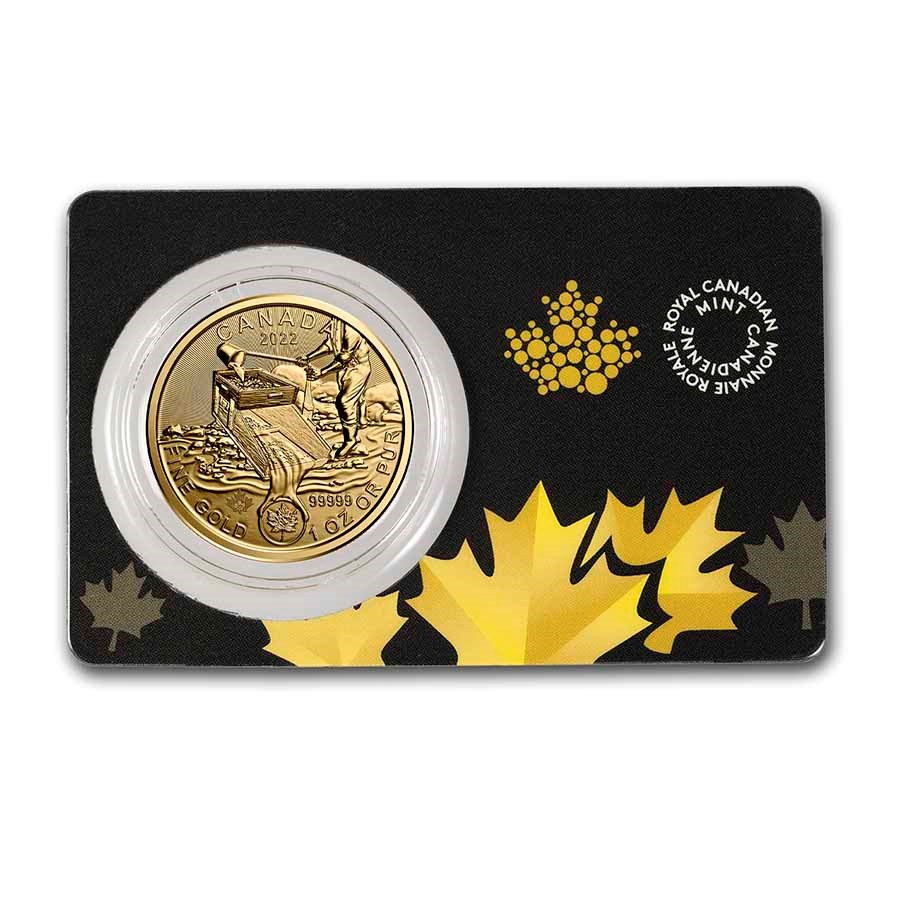 Product Details
Product Details
The second coin in the Klondike Gold Rush Series features a miner pouring water into a rocker box. Hoping to strike it rich, many prospectors traveled around the world to take advantage of this new found discovery.

This is the second release in the Klondike Gold rush series and would be a great addition to any Gold collection. Add this .99999 fine 1 oz Prospecting for Gold coin to your cart today!

Klondike Gold Rush
In the Klondike, the prospector’s pan was the simplest way of prospecting for gold, one pan at a time. Bonanza (formerly Rabbit) and Eldorado Creeks were the richest gold-bearing creeks, where most of the gold lay buried near the bedrock. To reach it, prospectors needed to dig a shaft through permanently frozen gravels (permafrost) down to bedrock, and then tunnel horizontally, a process known as drift mining. Miners used this method in the winter when the “paydirt” was hauled up to the surface and piled up until the spring. After the spring thaw, trough-like sluice boxes were filled with paydirt, where the muck and gravel were washed away. The much denser gold (gold is 19 times heavier than water) was captured in the riffles in the bottom of the sluice boxes. The rocker box was another popular choice for operations where water was not available in sufficient quantities, for example, on the bench claims on the hills overlooking Bonanza and Eldorado Creeks. Water was poured into the top, and a rocking movement helped separate the gravel from the gold, which was caught by riffles that lined the bottom of the box. The water was typically captured and recycled many times. These methods helped form the popular image of Yukon as a mining frontier during the Klondike Gold Rush and put Canada on the map as a leading gold producer. As a result of the gold rush, the Yukon joined Confederation in 1898. They also altered the landscape, and changed the environment. The influx of settlers had profound impacts on the Indigenous communities whose territories overlapped with what became the Yukon territory, irreversibly disrupting their traditional way of life. The effects of the gold rush, for better and for worse, are still felt in Canada today.