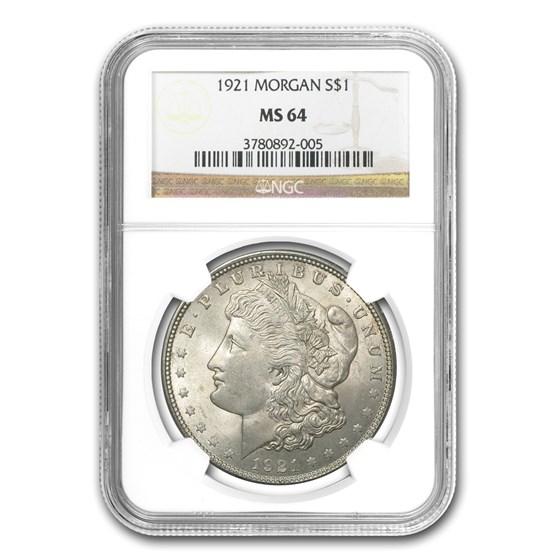 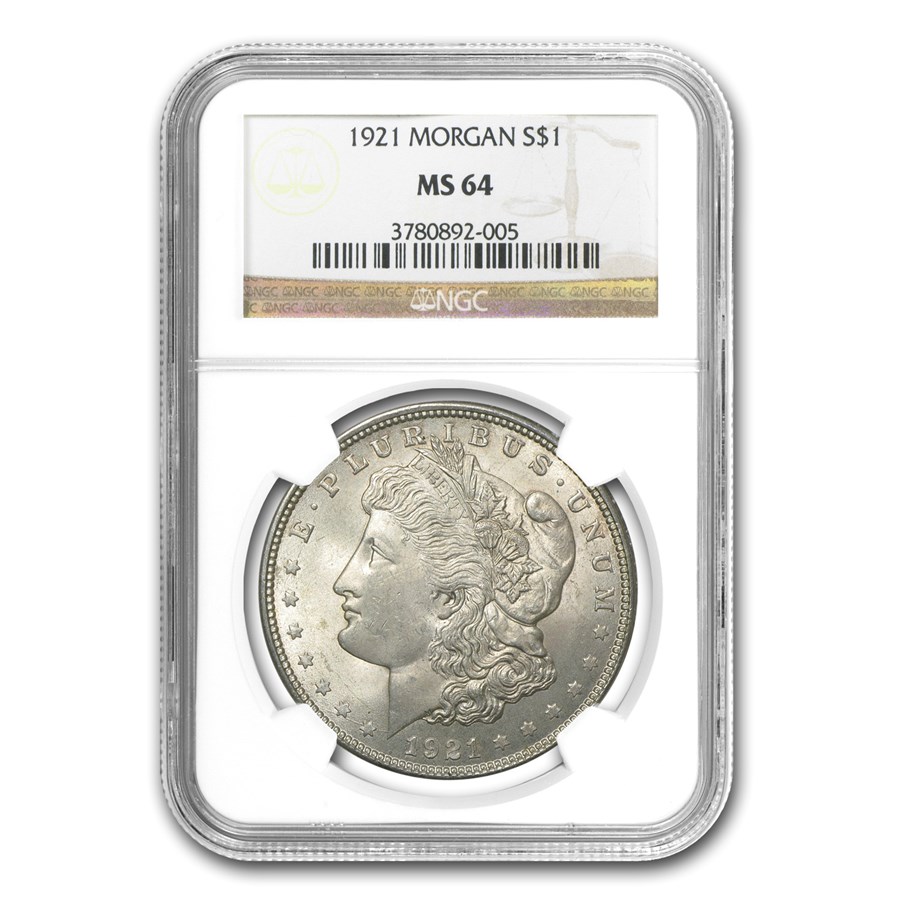 Protect your 1921 Morgan Dollar in a secure Coin Storage Box, made to perfectly fit up to 20 NGC-graded slabs.

Bring a piece of American coinage history to your collection by adding this certified MS-64 NGC 1921 Morgan Dollar to your cart today!

The 1921 Morgan Silver Dollar has a dual role as both a circulation piece and as part of America's numismatic history. It is valued for both its metal content and its place in U.S. coinage history; indeed this coin played an important role in American financial history during one of our country's most challenging times—the "Great Depression" era of 1929 to 1933.

It is a beautiful piece. I bought it for my son, and he loves it. He is waiting for his next piece.

Hard to beat a great Morgan!