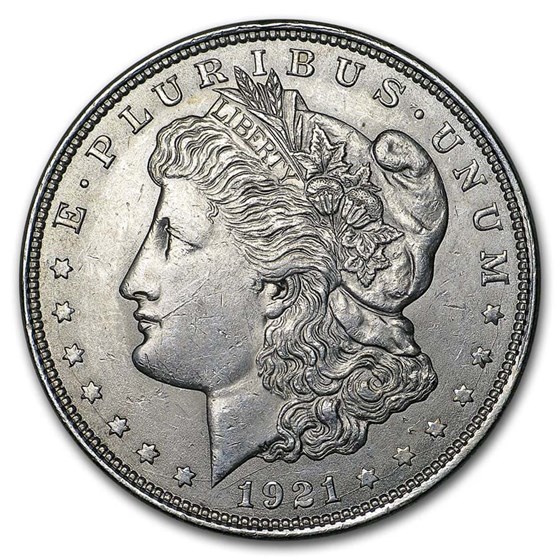 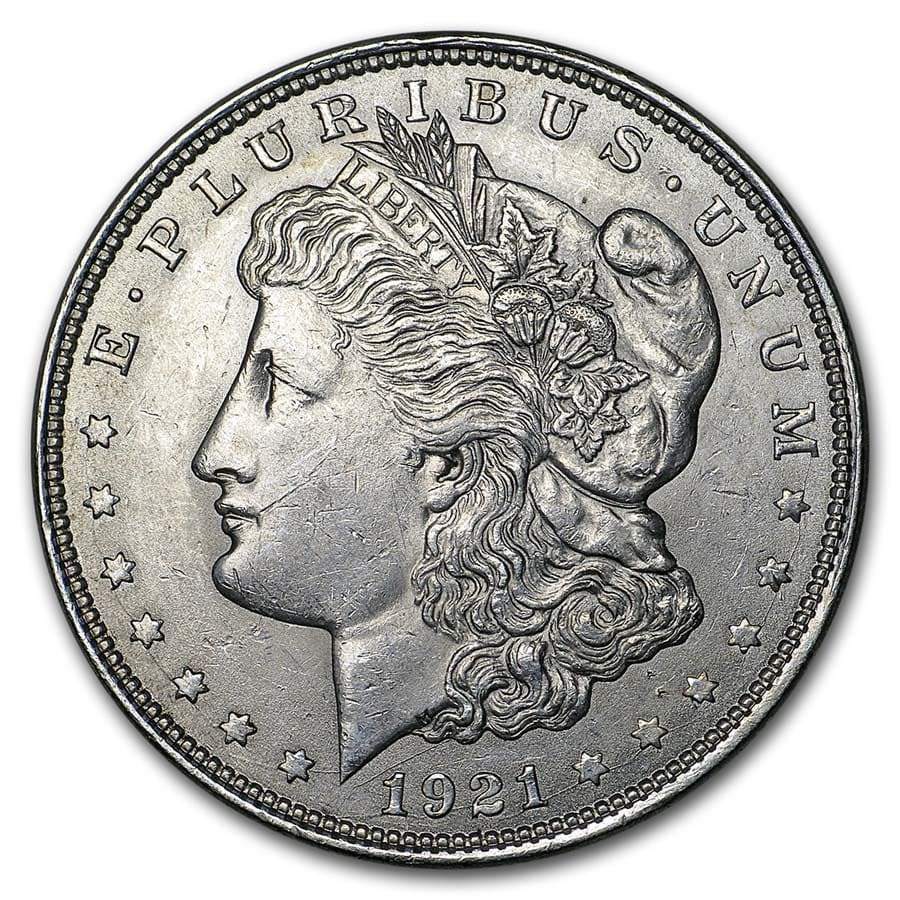 Product Details
Product Details
As low as $34.99 per coin
Add value to your portfolio or numismatic collection with these Brilliant Uncirculated U.S. Morgan Silver Dollars. Each Morgan Dollar is a piece of American history making it nostalgic as well as valuable.

Coin Highlights:
Protect and display your Morgan Dollar Collection in style by adding an attractive album or holder to your order.

During the years 1878-1921, more than half a billion Morgan Silver Dollars were minted, making it one of America's best known coins. Claim one for yourself, collection or friend today.

Understand how 1921 Morgan Dollars are priced, and become a better collector.

Morgan Dollar values are affected by their numismatic or collector value. Higher premiums for Morgan Silver Dollars, along with other vintage Silver coins such as Silver Liberty Seated Dollars, are based on rarity, historical significance, condition and beauty of the coins. The premium price of these U.S. Silver coins starts with their worth based on the Silver spot price, which represents the cost of one troy ounce of unfabricated Silver. The premium for the Silver bullion also includes the numismatic value, as well as markups for production, distribution and a small dealer fee.

1921 was the last year Morgan Dollars were minted with George T. Morgan's Lady Liberty design, making the Silver coin highly sought after all over the world.
See More +

The history of the 1921 Morgan Dollar

Before 1921 Morgan Dollars were minted, the popular Silver coins had not been produced since 1904. At that time, production of Morgan Silver Dollars ceased because the demand for Silver Dollars was low, yet the supply was abundant. Excess Silver Dollars were stored in the U.S. Treasury vaults until 1918 when the Pittman Act, passed by Congress, required the melting of over 270 million of these Silver coins in response to Great Britain’s request to buy Silver bullion from the U.S. government. Great Britain needed to buy Silver from the U.S. in order to prevent an economic disaster because rumors were being spread that Great Britain could no longer guarantee its Silver certificates.

1921 Morgan Dollars are the last Silver Dollars produced with George T Morgan’s iconic Lady Liberty design on the obverse. The Lady Liberty portrayed on Morgan Silver Dollars represents a departure from the traditional depiction of Lady Liberty based on Greek design. Because these were U.S. coins, Morgan favored introducing details to his Lady Liberty design that were truly American such as sprigs of cotton and wheat tucked into her cap to pay homage to the United States agricultural background. He also used an American model for the Silver coins to further inspire his design.

Great coin with interesting history. Very glad I purchased. I would encourage everyone to buy from APMEX.

definitely be you I give it an ms-63 Plus

I was pleased with the 1921 Morgan coin. I purchased it along with the 1922 Peace Dollar both of which to me look great considering they are 100 years old.

Nice condition overall. Some scratches or "bag marks" but less than I expected and while it isn't perfect, the finish does still seem to retain a fair amount of the original mint luster. I guess I would agree that this is BU, for whatever my armature opinion is worth. With Morgan dollars getting harder to find these days, I'm glad I made this purchase.

I never thought I'd buy some 1921 Morgans because they just seem too common and I don't like the history of bringing them back, but APMEX changed my mind with a great price and product. These are more bullion related to me than numismatic. It was a good silver purchase for me. Thanks APMEX.

All 20 Morgans were in very good condition, as described. Packed well and delivery promptly. Thanks.