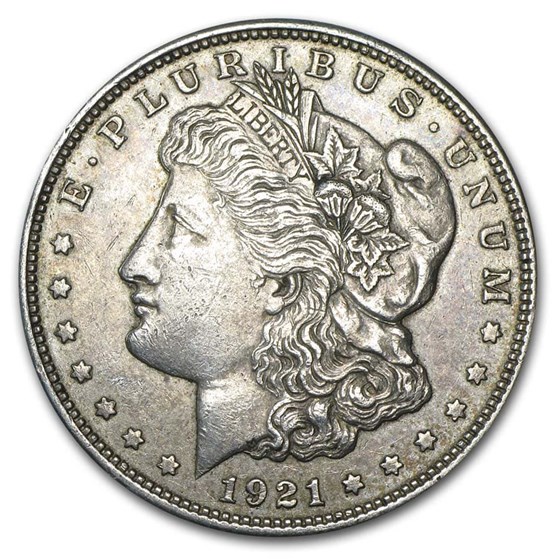 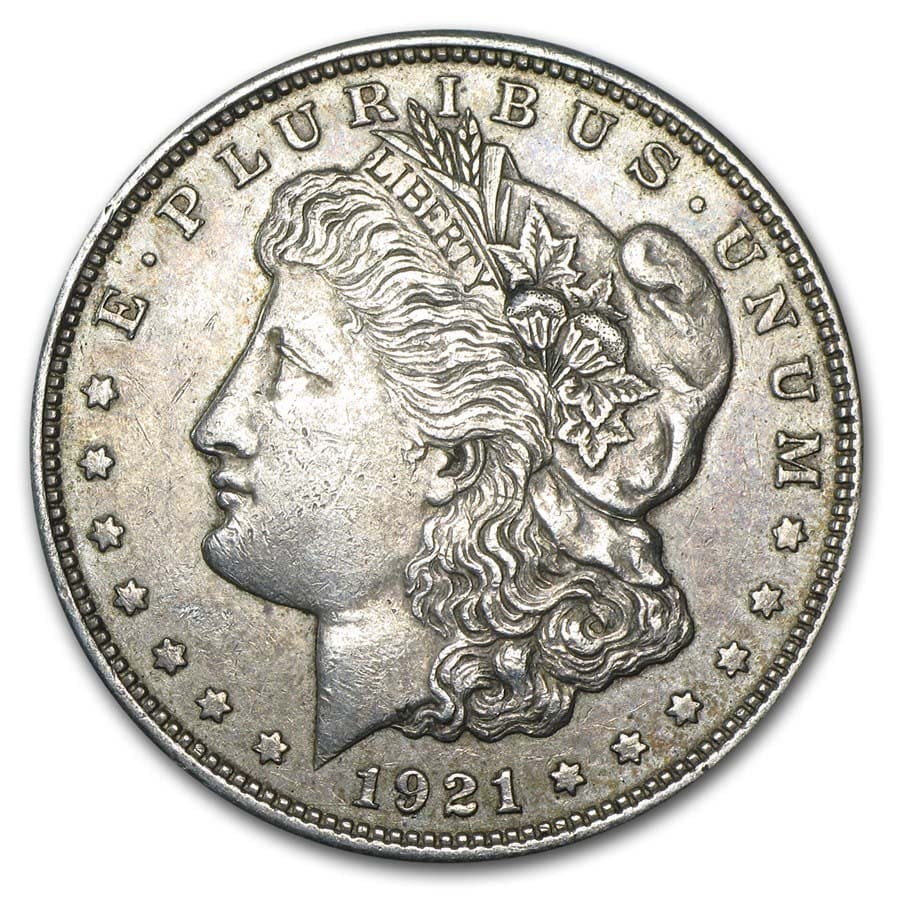 Product Highlights:
Protect and display your Morgan Dollar Collection in style by adding an attractive album or holder to your order.

These 1921 Morgan Dollars are of mixed mint marks of P, D or S or may all be of the same mint determined by stock on hand.

Collect 1921 Morgan Dollars that bear the name of their designer, George T. Morgan.

1921 Morgan Dollars feature the iconic Lady Liberty design that George T. Morgan designed for the launch of these beautiful Silver coins in 1878. Before designing Silver coins for the U.S. Mint, Morgan was a well-respected assistant engraver at the British Royal Mint, and it was this respect that earned him the recommendation from the British Royal Mint’s Director, Charles W. Fremantle, for the U.S. Mint job. Though the Silver bullion Morgan is best known for designing is the Morgan Silver Dollar, he also designed many other popular coins such as the Bland Dollar.

Before designing 1921 Morgan Dollars, engraver George T. Morgan needed to find a female model to help him create the Lady Liberty portrait he envisioned. Modeling for a Silver coin design, or any art for that matter, was considered scandalous and not something a proper woman would do. Eventually schoolteacher Anna Willess Williams agreed to model for the Silver bullion design under the strict provision that her identity remain anonymous because she could lose her job. Williams’ involvement with the Silver coins remained hidden for a while, though she did eventually lose her job when a newspaper reporter uncovered her secret years later.

The history of the 1921 Morgan Dollar

Why collect the 1921 Morgan Dollar?

You’ve gotta just own one or a few. One of our coolest currencies made. History in a coin.

I love the Morgan Dollar and having a 1921 P in VG condition is a good addition to the half dozen BU mixed dates I have, as this one I can hold without any concern, warranted or not, that I always have for touching BU coins. Will buy more with the hopes of getting an S and a D. Thanks APMEX

Coin arrived in great condition and quicker than expected as always. Great addition to the collection

Real money from the days when mints made attractive coins. I ordered a few and they arrived in good condition.

Too black to see any detail

These land on sale so I decided to buy a few 1 came was so black you couldn't tell what it was.

This is my first Morgan, and I am very pleased with the condition!

this is my 10th item - I am so happy to have found this company great service, I am a small time collector yet when i had questions the company was of great help and educated me on coins - wonderful products; fast easy to use web site -

I bought 20 of these 1921 Morgan silver dollars and wasn't disappointed in a single one. Wear in the hair and eye with LIBERTY clearly visible on all coins. The back side of each seemed to show much less wear. All mint marks still crisp. Thanks APMEX.

Very good coin for the price!

Just received my coin, along with the rest of my order. Needless to say, I was impressed with it!I have always wanted a Morgan dollar. It was in good condition, probably XF than VG. Mine has nice toning to it and looks great in my collection. I will be buying more!

Morgans are always popular if you ever decide to sell, I am always surprised at the quality of some of the coins, more than one in this lot is BU and a few AU. Thanks for a lot of fun at my end APMEX.