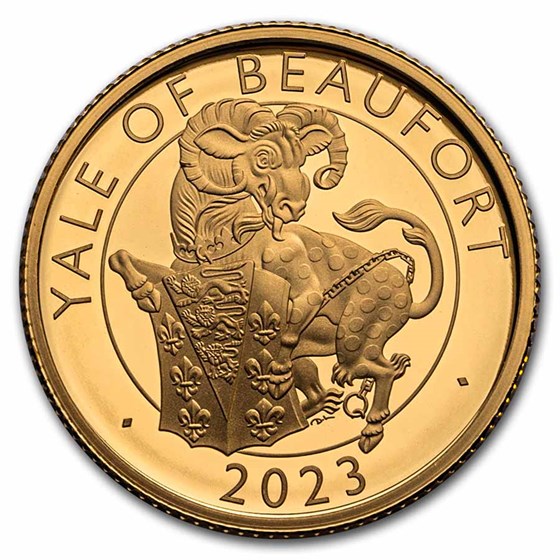 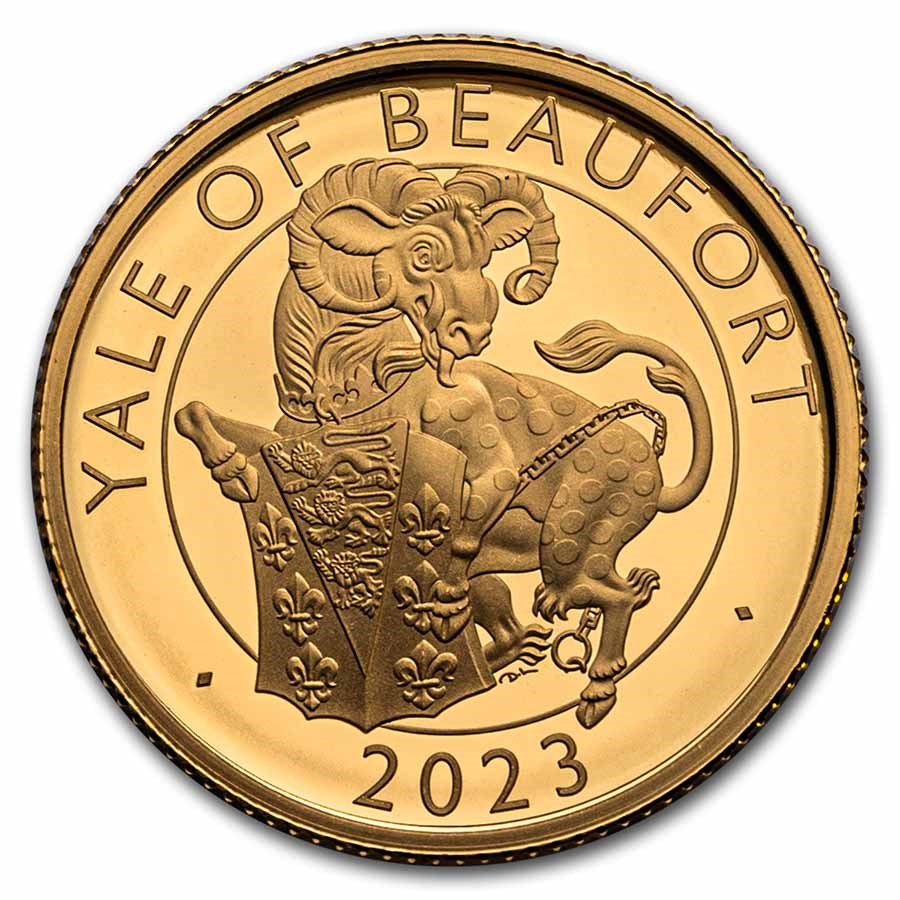 Product Details
Product Details
Following the Lion of England, the third release in The Royal Tudor Beasts collection features The Yale of Beaufort. This .9999 fine 1/4 oz Gold Proof coin has a limited-edition presentation of only 750 coins worldwide.

Protect your 1/4 oz Gold Proof Lion of England, and other collections, by adding a home safe to your order.

The 2023 Gold Yale of Beaufort is the third release in an exciting series from The Royal Mint. Continue your collection by adding this limited mintage 1/4 oz Gold Proof Beast to your cart today!

The Royal Tudor Beasts from The Royal Mint
Starting in 2022, to follow the conclusion of their widely popular series The Queen's Beasts, The Royal Mint revealed The Royal Tudor Beasts series starting with the Seymour Panther and then followed shortly after by the Lion of England. This long awaited 10-coin series will attribute Gold and Silver Proofs, like this 1/4 oz Gold Proof, that will feature these heraldic beasts of the Tudor legacy: The Seymour Panther, The Lion of England, The Bull of Clarence, The Tudor Dragon, The Greyhound of Richmond, The Royal Dragon, The Yale of Beaufort, The Seymour Unicorn, The Queen's Panther and The Queen's Lion.