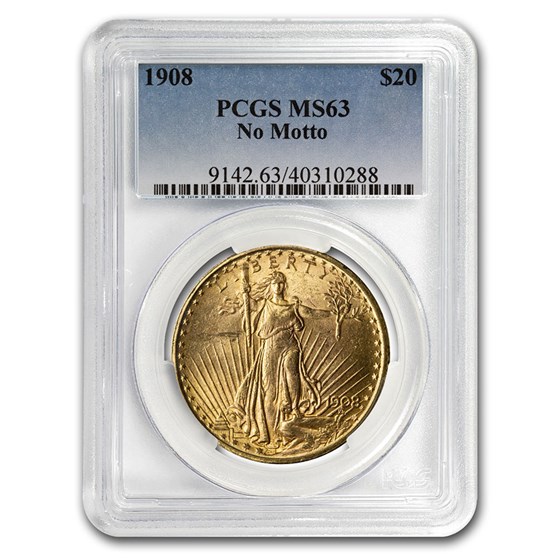 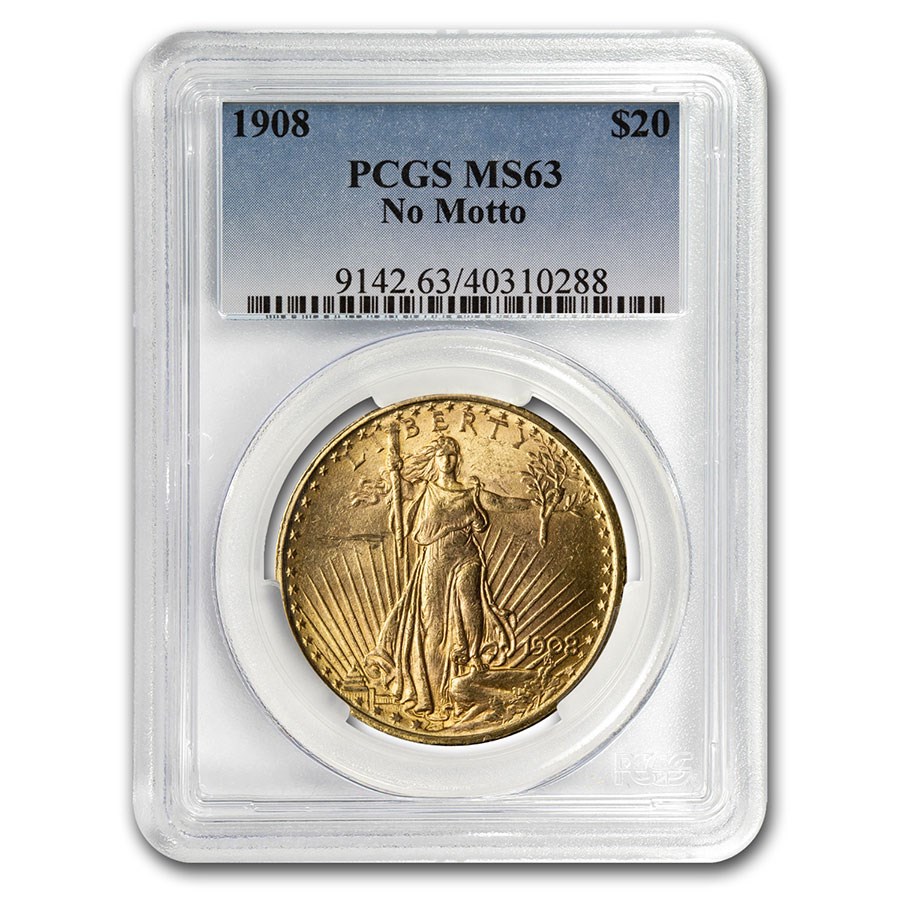 Product Details
Product Details
This vintage 1908 Saint-Gaudens Gold Double Eagle circulated in the U.S. more than 80 years ago! Many of these coins have been melted down over the years, making this MS-63 PCGS coin even more collectible.


Securely store your 1908 Saint-Gaudens Gold Double Eagle coin with a PCGS Storage Box, made to perfectly fit up to 20 graded slabs.

Bring a piece of iconic U.S. coinage history to your collection by adding this 1908 $20 Saint-Gaudens Gold Double Eagle graded MS-63 by PCGS to your cart today!

Saint-Gaudens Gold Double Eagle coins are one of the most popular designs in United States history. Saint-Gaudens continues to be respected by both sculptors and coin collectors alike.