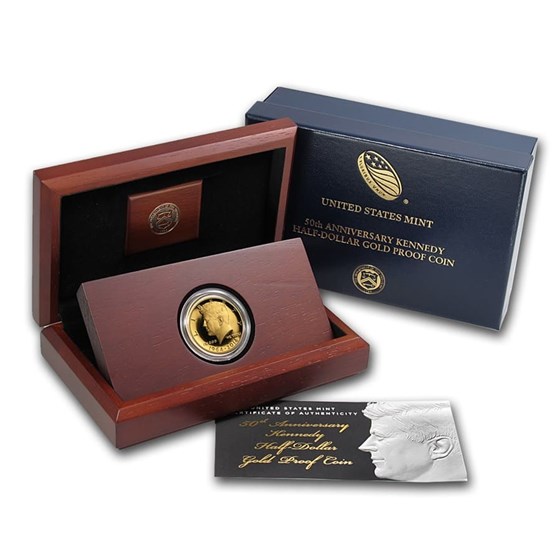 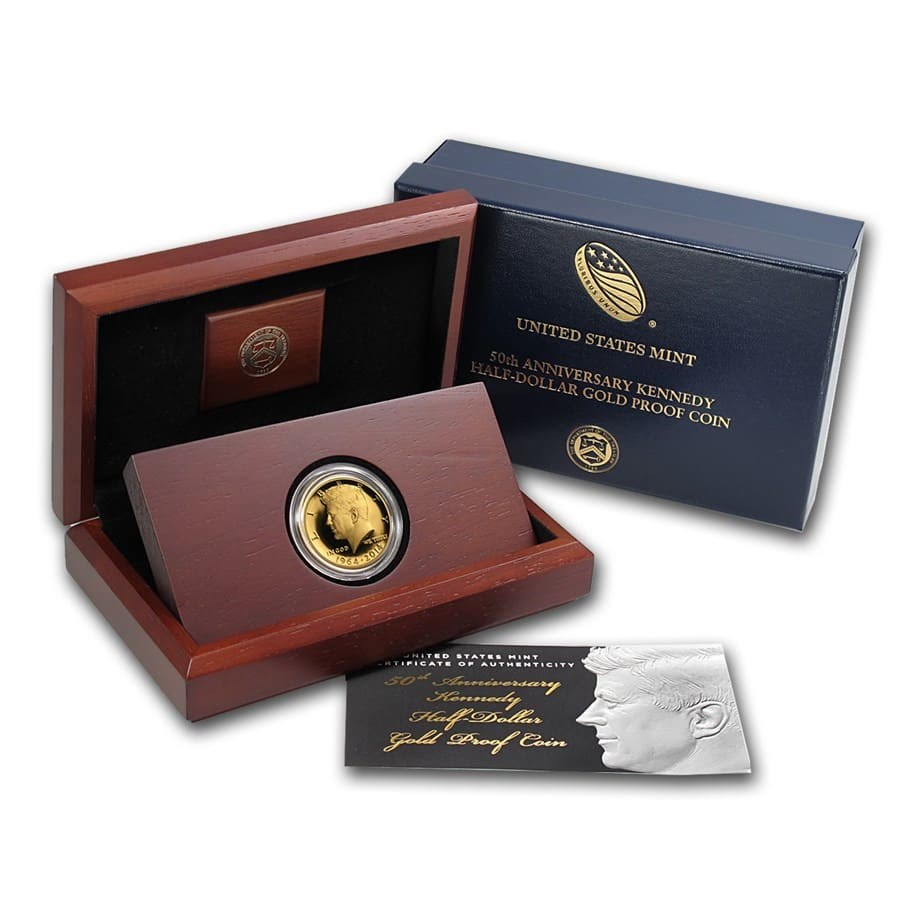 Your purchase will match the quality of the product shown.
Product Details
Product Details
In the last 50 years the Kennedy Half Dollar has been a part of American coinage. To commemorate these 50 years, as well as Kennedy's life and legacy, the U.S. Mint introduced for the first time, a 3/4 oz Gold coin!

Coin Highlights:
Modern Commemoratives add the collectibility of iconic American scenes to the value of Gold bullion. Add the 3/4 oz .9999 fine Gold Kennedy Half Dollar coin to your cart today!

This coin is a lasting tribute to President Kennedy. I've always liked the Kennedy half-dollar coins and now, to own one minted in pure gold is a real plus. Not to mention it's proof condition.

Excellent addition to my collection

Ive purchased several coins from Apmex and I’m very pleased. The Gold Kennedy was an awesome addition, The box it came in was also a welcome surprise as to the quality.

This coin is a must have if you're a Kennedy Half Dollar collector. Thankfully APMEX was able to get it back in stock.

Stunningly pristine, was worth waiting for. I a, a Kennedy fan and I was not disappointed.

Kennedy coins have always appealed to me, given their scarcity in circulation. When I found out about the 50th anniversary of the Kennedy coins, I hopped on it with the silver proof and uncirculated set. When I discovered the gold proof coin, I had to have it. I waited and waited and watched several sites for the lowest price and premium and APMEX came through with flying colors after waiting a few months. Great price for a great coin. A definite highlight in my current collection.

Buy this gold Kennedy coin. You will be glad you did ! Gold is on the rise.

Glad I Waited a Year to Buy from Apmex

When this coin first came out in 2014 the price was $1240 and you had to wait in line in Chicago. As a huge collector of JFK coins, stamps, etc I had to get this coin. The condition of my 4 coins in wooden box and coa was mint - like opening my Jackie Kennedy gold coins directly from the U.S. MINT. Great deal.

All the packaging, OGP and COA in top shape except the plastic coin holder. It was smudged and covered in finger prints. I wiped all that away and it appeared that there was some debris inside the holder. It also looked as if there may have been marks on the coin but I can't say that for sure as it may have been reflection. Very disappointed as this was my first purchase. APMEX did refund all my money and paid all shipping. I'm just a little concerned now about making another purchase.