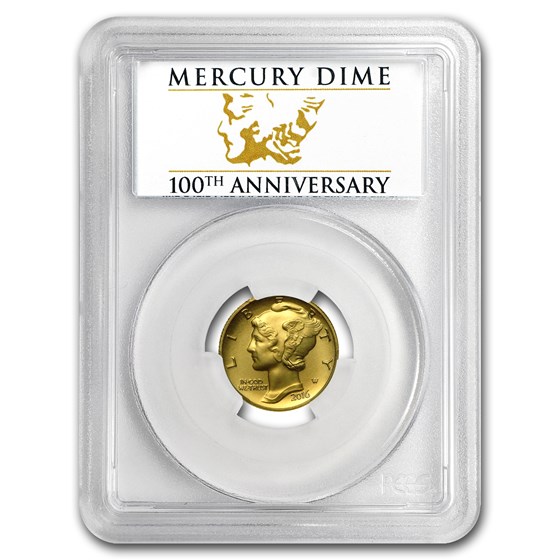 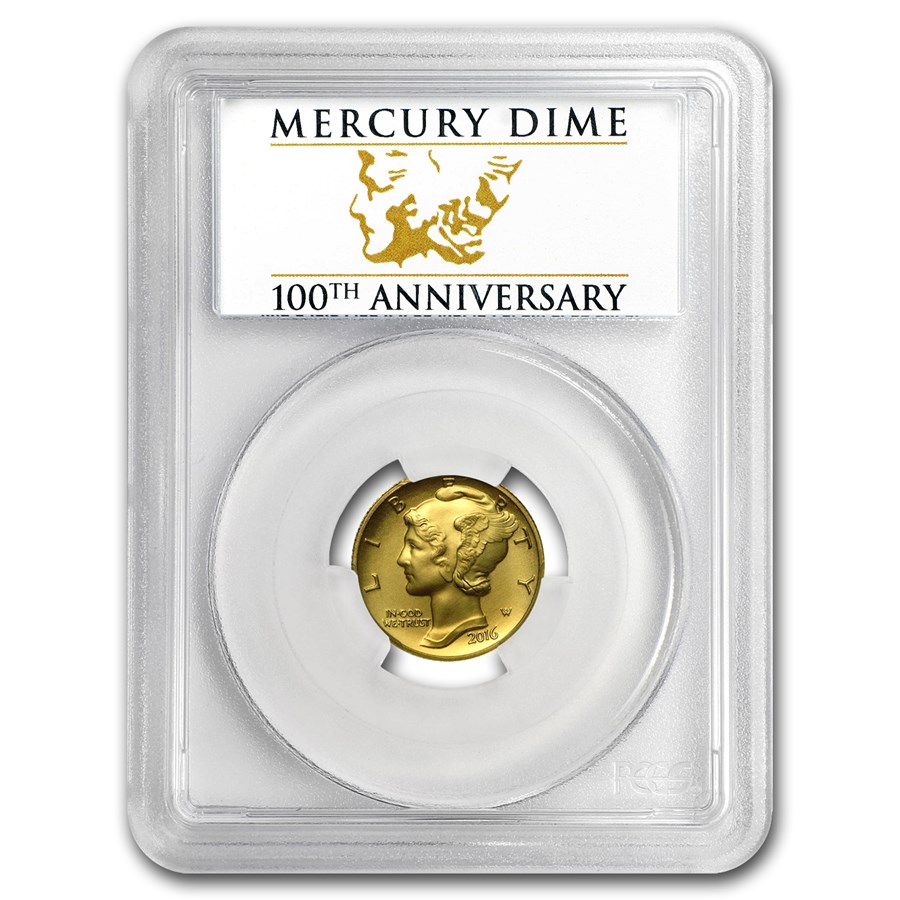 Coin Highlights:
Encapsulation by PCGS authenticates and protects the condition of the coin allowing for years of enjoyment and viewing pleasure. Label may vary.

Learn more about the spot price of Gold today and find historical charts for Precious Metals with APMEX.

APMEX is my dealer of choice for all my precious metals. I have been using them for years and always gotten high quality products for my money.

I've always loved the Mercury dime so had to have one of these centennials. I opted for one of the SP70s with the hope that these will show some decent appreciation in the years ahead. It's a really beautiful coin, albeit quite a tiny little piece. Love owning this classic in gold.

This coin brought back memories from days gone by. One could fill a paper bag with a variety of candies! I also collected donations for "The March of Dimes" Beautiful coin, and memories.

The PCGS designation of SP-70 does NOT mean "proof and perfect." Rather, it means "special and perfect." Read the APMEX product description carefully, especially the last paragraph. All in all, though, this is a very special beautiful coin! For the gold content alone, it is about 2X spot today.

Most affordable price for a coin having many pedigrees, hopefully adding to the rarity of this coin!

Beautiful design, missed out not collecting the original Mercury dimes! Didn't want to miss a rare opportunity once agaiin for this 100th Anniverary historical coin.