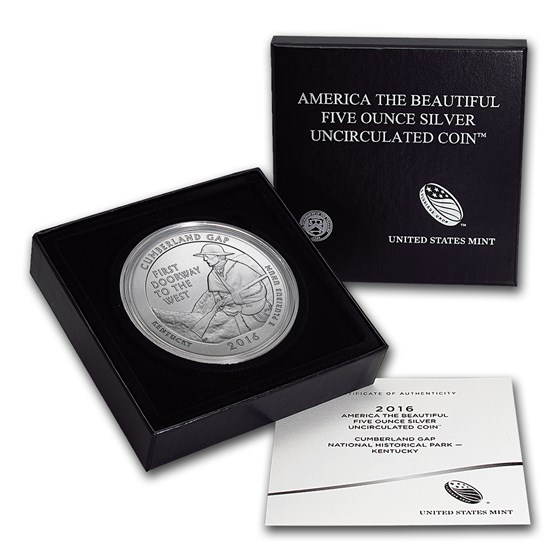 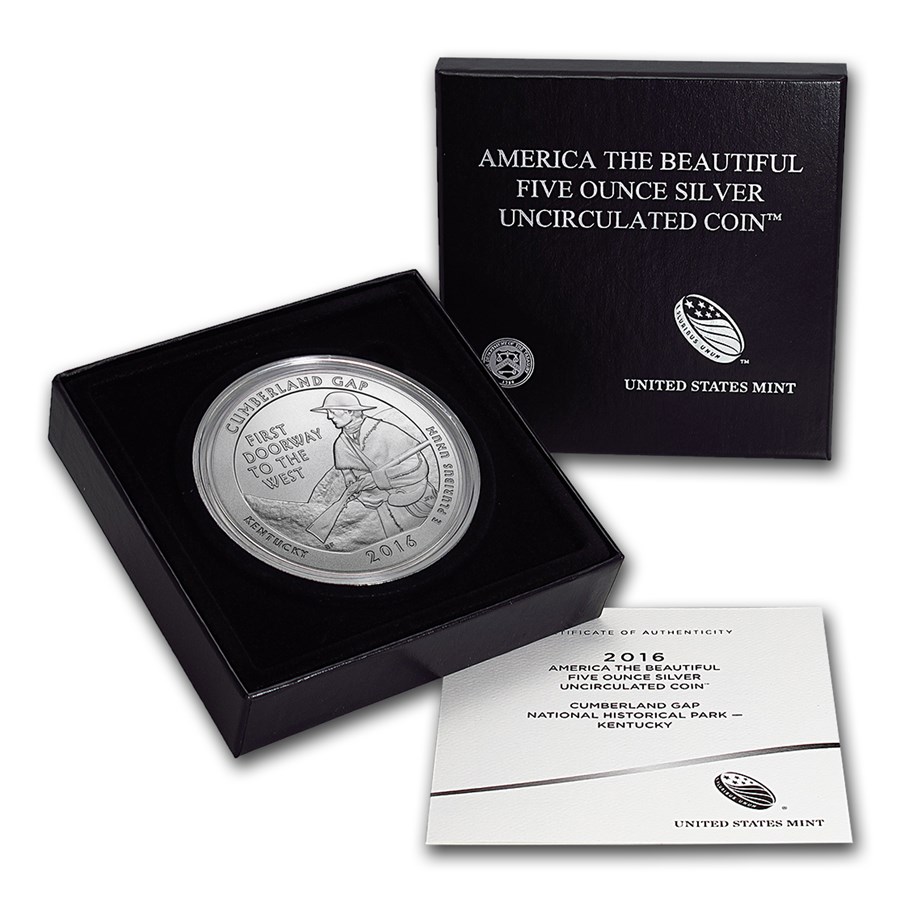 $24.59
As Low As
Product Details
Product Details
The Cumberland Gap Silver coin is the second release of the popular America the Beautiful Silver Bullion Coin™ Program series by the U.S. Mint in 2016. This 5 oz coin is the collector version with an uncirculated finish.

Cumberland Gap National Historical Park, Kentucky was chosen for the America The Beautiful series as it honors a site where Native Americans and settlers alike traveled through a break in the Appalachian Mountains. After the Revolutionary War, people wanted to settle west, and used the Cumberland Gap as a way to get through the Appalachian Mountains.

Eventually a railroad was built and it became strategically important to both the North and South during the Civil War. In 1940, Cumberland Gap won National Park status in Kentucky as it was a vital in the country’s expansion during the 1800’s. Today, Cumberland Gap greets about one million visitors a year and has many trails and scenic spots throughout the park, such as Pinnacle overlook.