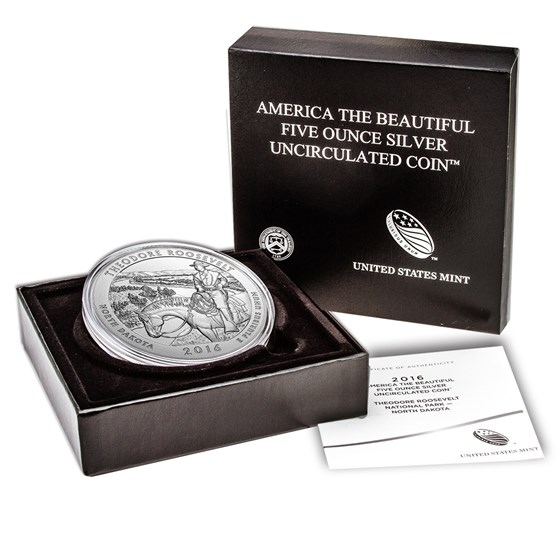 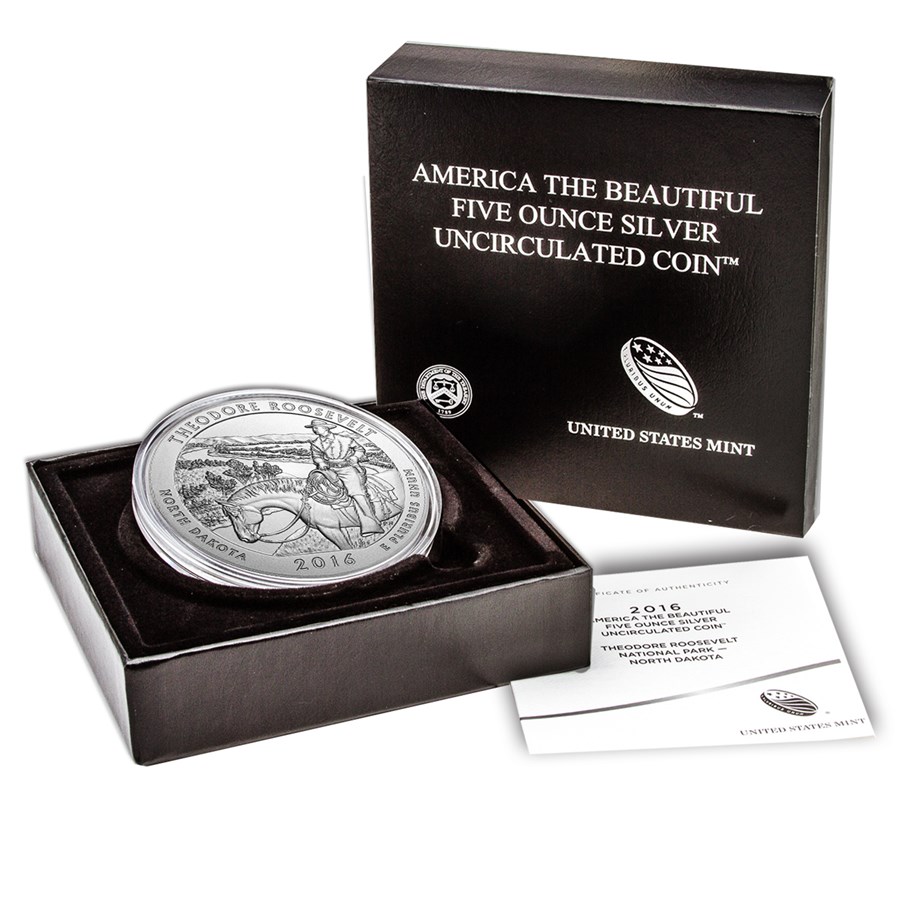 Product Details
Product Details
The Theodore Roosevelt Silver coin is the fourth release of the popular America the Beautiful Silver Bullion Coin™ Program series by the U.S. Mint in 2016. This 5 oz coin is the collector version with an uncirculated finish and a box and COA.