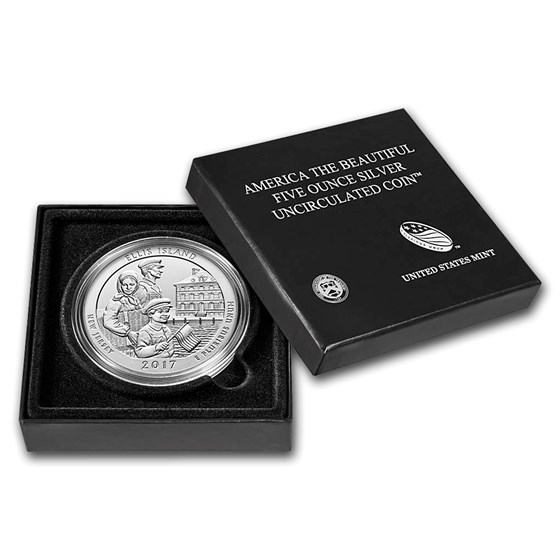 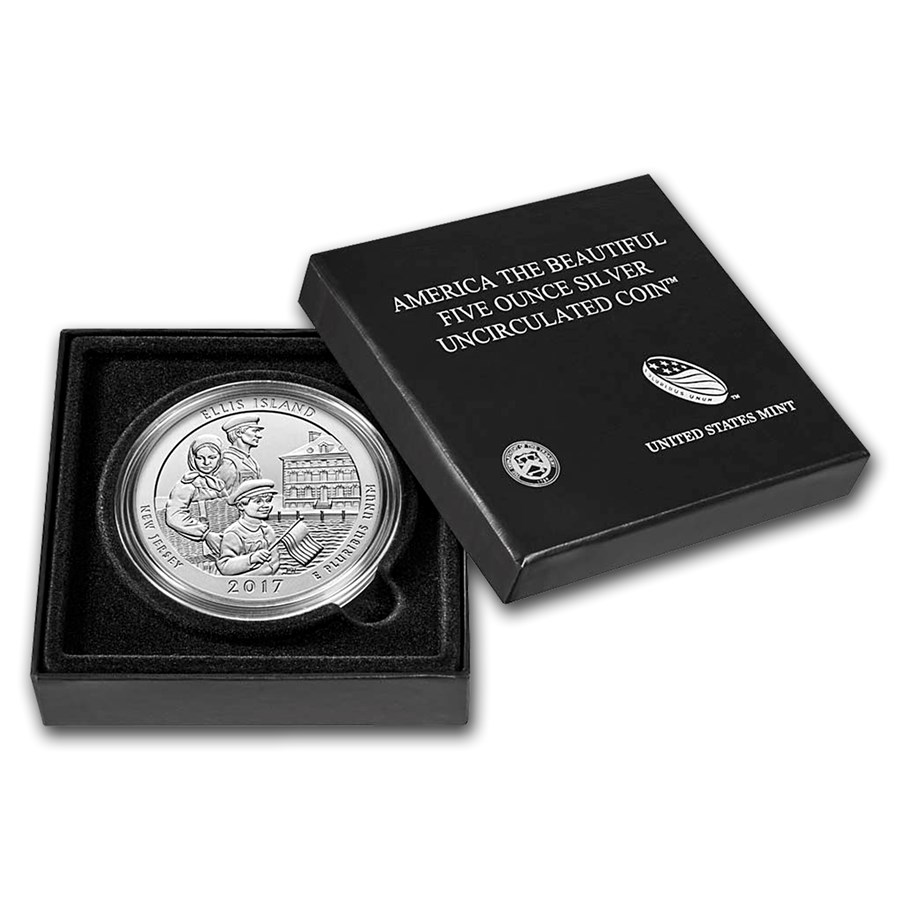 Product Details
Product Details
Ellis Island National Monument, New Jersey is the fourth release in 2017 of the U.S. Mint's popular 5 oz bullion America the Beautiful series. This 5 oz coin is the collector version with an uncirculated finish and a box and COA.