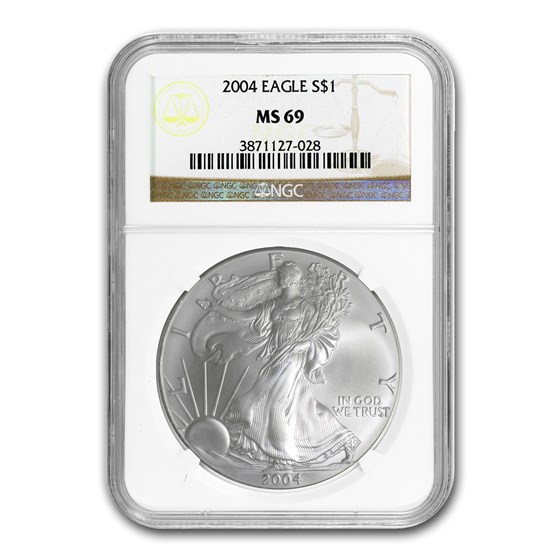 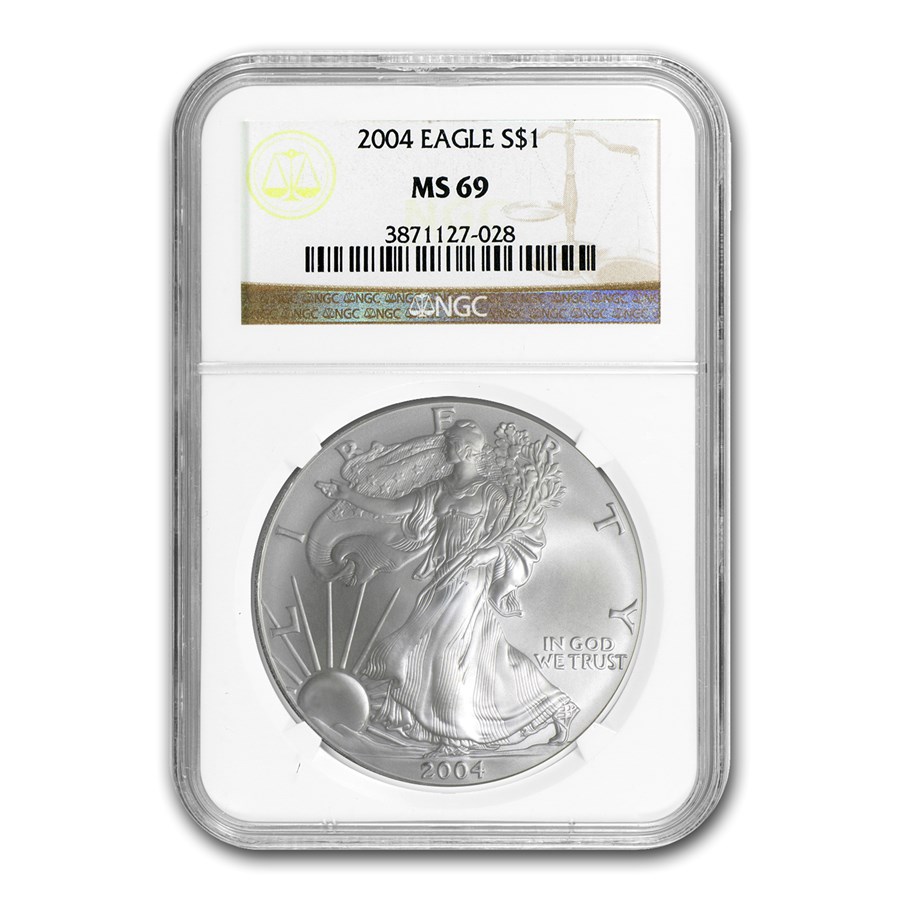 One of the most popular designs in American coinage, the Silver Eagle combines beauty with Silver bullion appeal. Add the 2004 Silver Eagle to your cart today!

NGC Certified Silver Eagles
APMEX offers customers NGC graded Silver Eagles to provide the highest quality additions to their collections. NGC is the only independent third-party grading service that works with the Smithsonian National Museum of American History, which is dedicated to the long-term preservation of historical coins. Each encapsulated coin is placed in a tamper-evident holder that protects and certifies the coin's authenticity and condition. These graded pieces can increase demand for the coins because their quality assurance which is enhanced after the official grading process.

Easy Credit Card Payment is important for me.

I am very happy with Appmex. As I am an oversea buyer, its very important for me that Appmex is accepting Credit Card Payment. Unlike its competitor Liberty Coin, I am very satisfaied with my coins and for sure I will keep buying from Appmex.

I recently bought about a dozen U.S. Silver eagles from APMEX in certified NGC & PCGS MS-69. My understanding of MS-69 is " no visible flaws with the naked eye." But alas, virtually all of these coins have large hits, rim dings, contact or bag marks and even good size carbon spot and seemingly milk spots. I have generally been happy with APMEX, but lately I have been receiving inferior quality product which have not lived up to reasonable expectation. Such as the Roll of 90% Washington quarters which were supposed to have been in " B.U." condition but only 8 were as such the rest somewhere in the AU or even XF condition. I do not neccesarily blame APMEX for my grievance, as I can imagine other factors at work. Hopefully, in the future I will get what I am paying for !!!!

Merchant response: We apologize that you did not receiving the quality products you've come to expect from us. We'll be reaching out to you via email to see what we can do to make this right. Know that if you ever have any issues or questions you can contact us at (800) 375-9006.

I bought this item to help my son build an interest in metals and coins.