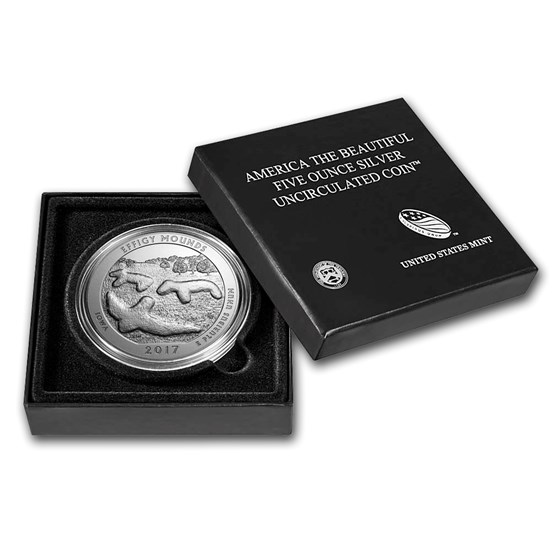 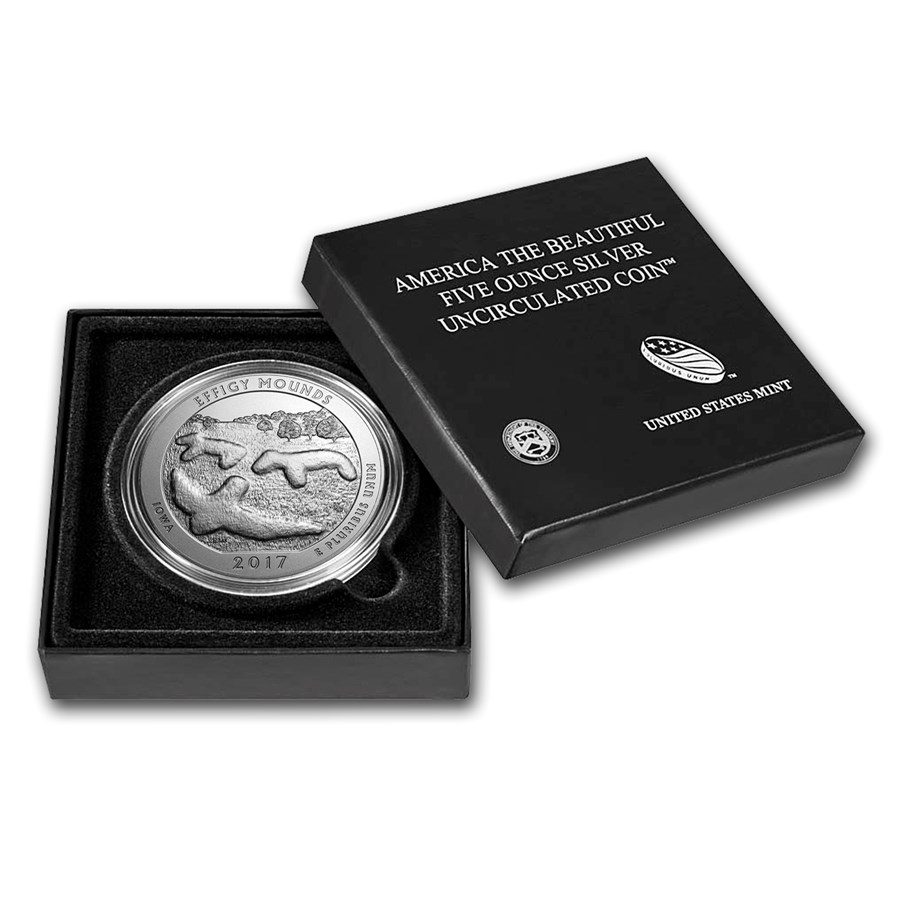 Product Details
Product Details
Effigy Mounds National Monument, Iowa, is the first release in 2017 of the U.S. Mint's popular 5 oz bullion America the Beautiful series. This 5 oz coin is the collector version with an uncirculated finish and a box and COA.

Established in 1949 the park is considered a sacred landscape by members of many modern-day tribes whose ancestors once lived here. The majority of the mounds were constructed between one thousand and two thousand years ago, often to inter the dead, but sometimes for ceremonial purposes, or to tell important stories. Today, Effigy Mounds National Monument offers an excellent view of the Mississippi and Wisconsin Rivers, and is home to a wide diversity of flora and fauna and helped shape the lifestyles and the belief systems of the moundbuilders.