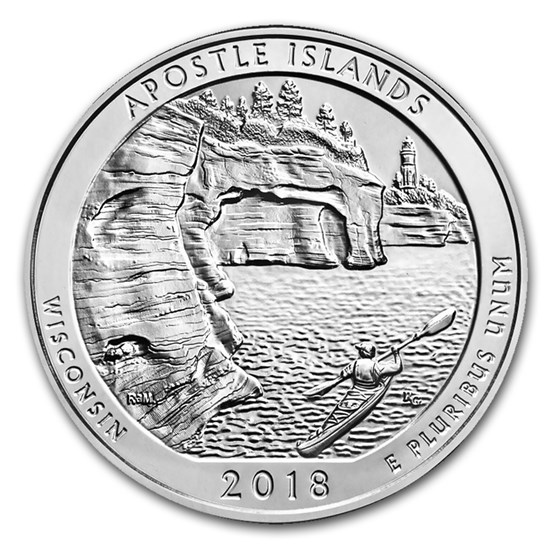 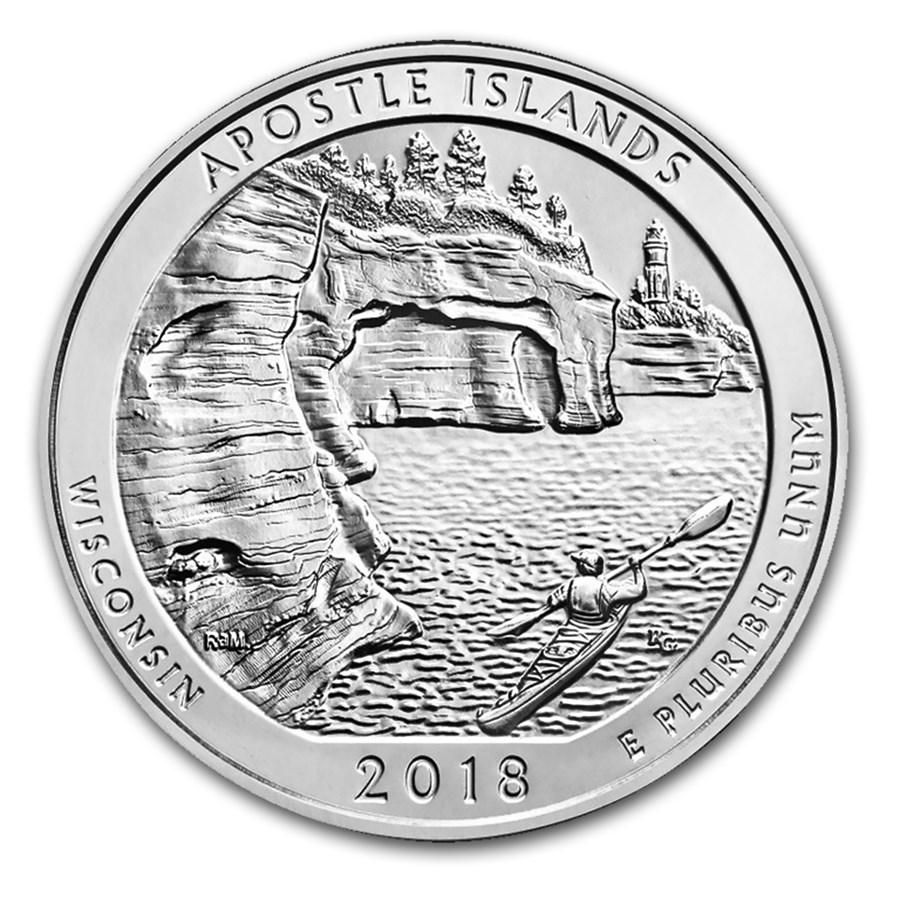 This coin commemorates Apostle Islands National Lakeshore Park in Wisconsin. This release is number 42 of 56 coins. These coins are sought after by investors for their .999 fine Silver content, and demanded by collectors for their artistic value.

These coins are very nice. It is a good idea to purchase these 5oz A.T.B. coins shortly after they are available, because the premiums nearly always increases. Thanks Apmex for the all around fine service.

Another beauty in ATB series.

What else can be said about the ATB series. Another home run. Beautiful coin. Trying to get each as they are released.