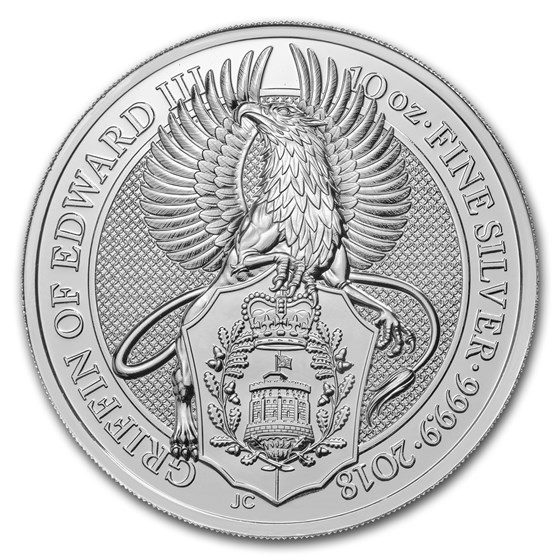 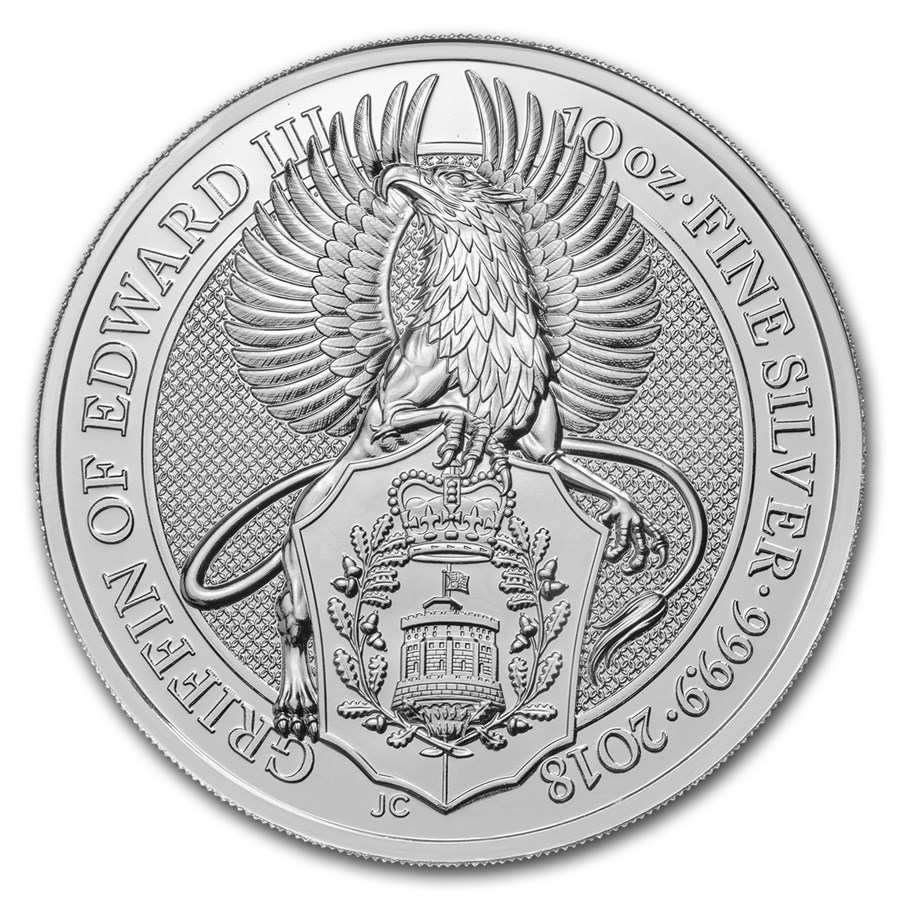 
The 2018 Queen's Beasts Silver coin is the second 10 oz Silver British Bullion coin from the Royal Mint. Add the second coin of this exciting 10 coin series to your cart today!

I will be collecting all these beautiful 10oz. coins

Best of the Beasts

The very best of an awesome series. Think 2oz is the perfect weight for a coin ... but 10oz really shows off the quality of these works of art. Griffin is best of Series so far.

This coin is a masterpiece!!!!! The pictures do not do it justice!!

I just received this beautiful coin, and besides its weight, it is a wonderfully designed coin, with intricate artwork. I have bought the 2-ounces Queen's Beasts, and having seen this I will be buying more. In fact, I just ordered the Queen's beast, Lion, because I was so taken by the quality of these coins.

I will Be Buying Again

The Queen's Beasts Is AWESOME!!!

I got my Queen's beasts The Griffin and I was so excited to open the parcel and when I do it took my breath away,it was worth every penny.Thank You Apmex it was perfect no blemish.I have it on display in my home.The Queens Beasts is awesome!!!