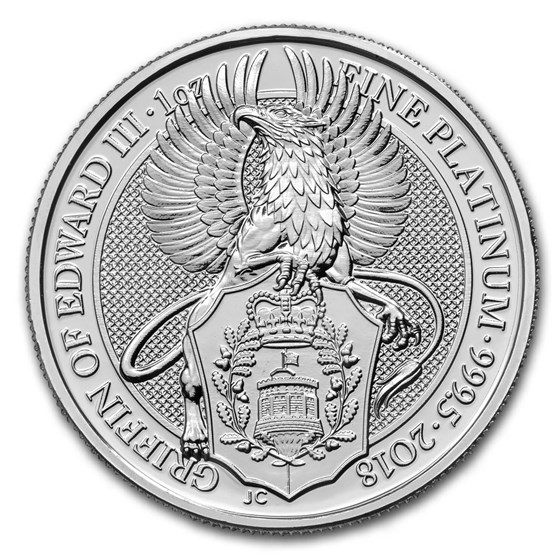 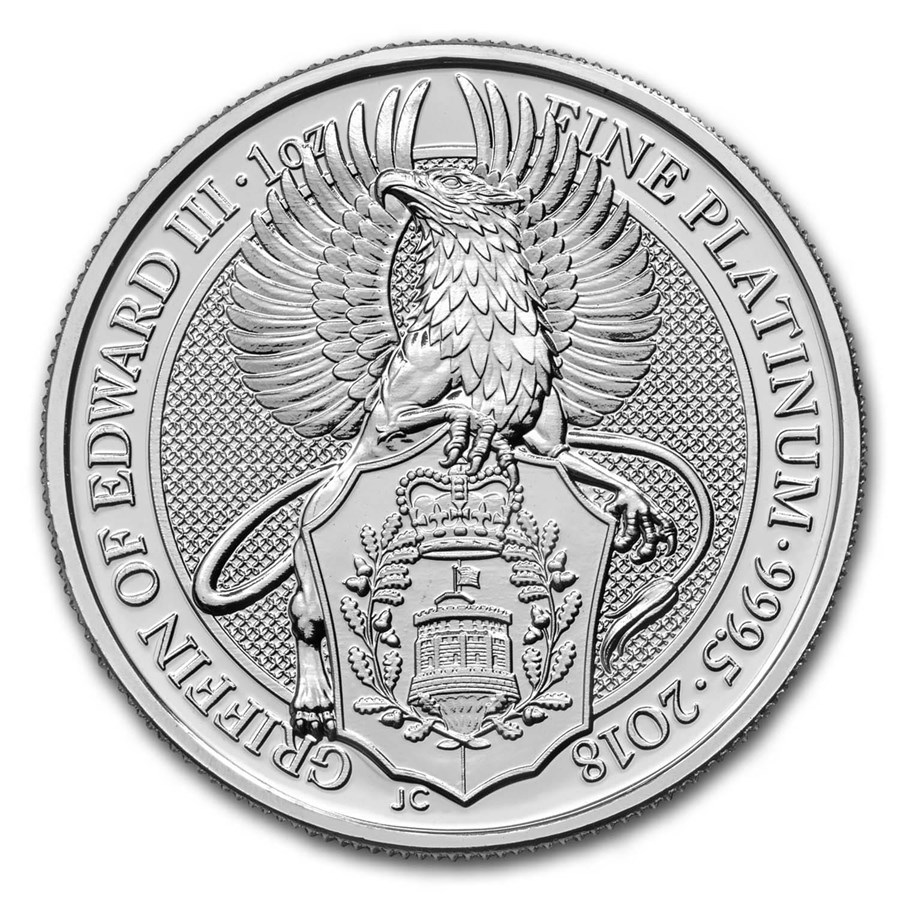 Your purchase will match the quality of the product shown.
Product Details
Product Details
Now available in Platinum, the striking design of the Griffin of Edward comes to life in this .9995 fine Platinum coin.

Coin Highlights:
Display your 1 oz Platinum Queen's Beasts: The Lion in style by adding an attractive display box to your order.

The second coin to the Queen's Beasts series, the new 2018 Platinum The Griffin is the perfect coin to add to your coin collection.

The overall design of the Griffin although it could use a little more contrast so you could see the eye a little better. I am picky when it comes to a design I like this design a good deal at this price.