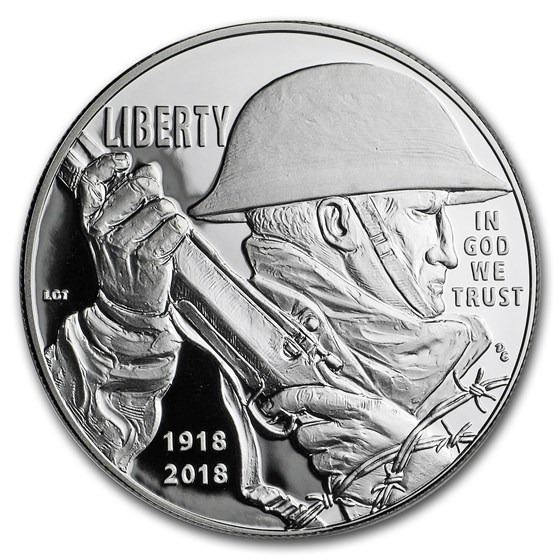 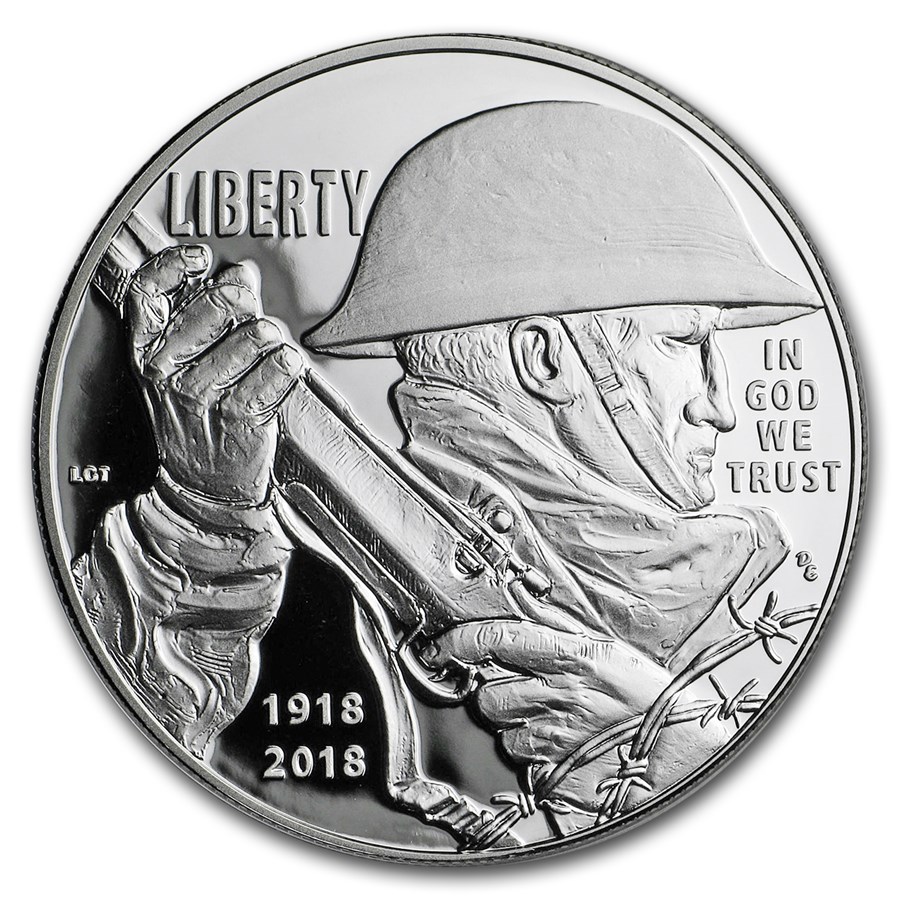 Product Details
Product Details
This special 2018 Proof Silver Dollar coin recognizes the centennial of the end of World War I which lasted from July, 28, 1914 until November 11, 1918. This is the first World War I commemorative ever issued by the U.S. Mint.

Coin Highlights:
Don't miss this opportunity to own and be a part of groundbreaking history. Add this special commemorative World War I Commemorative Proof Silver Dollar coin to your cart today!

The World War I Centennial Commemorative series was authorized by Congress in 2014, serving to mark the 100th Anniversary of the end of World War I, and honors the 4.7 million men and women who served. The design of this coin was selected from a 2016 public competition directed by the U.S. Mint. The coin obverse has been titled Soldier's Charge and the reverse aptly titled Poppies in the Wire. As reported by the Army Times, World War I veterans have no national memorial in Washington, D.C.; thus the purchases of this coin are to help construct a flagpole and a 65-foot-long commemorative wall in their honor.