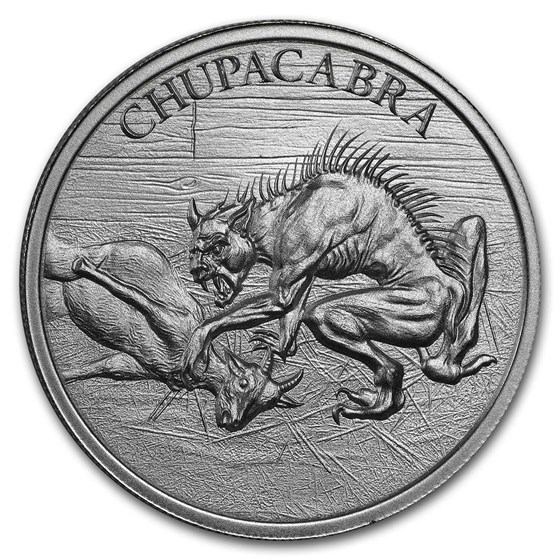 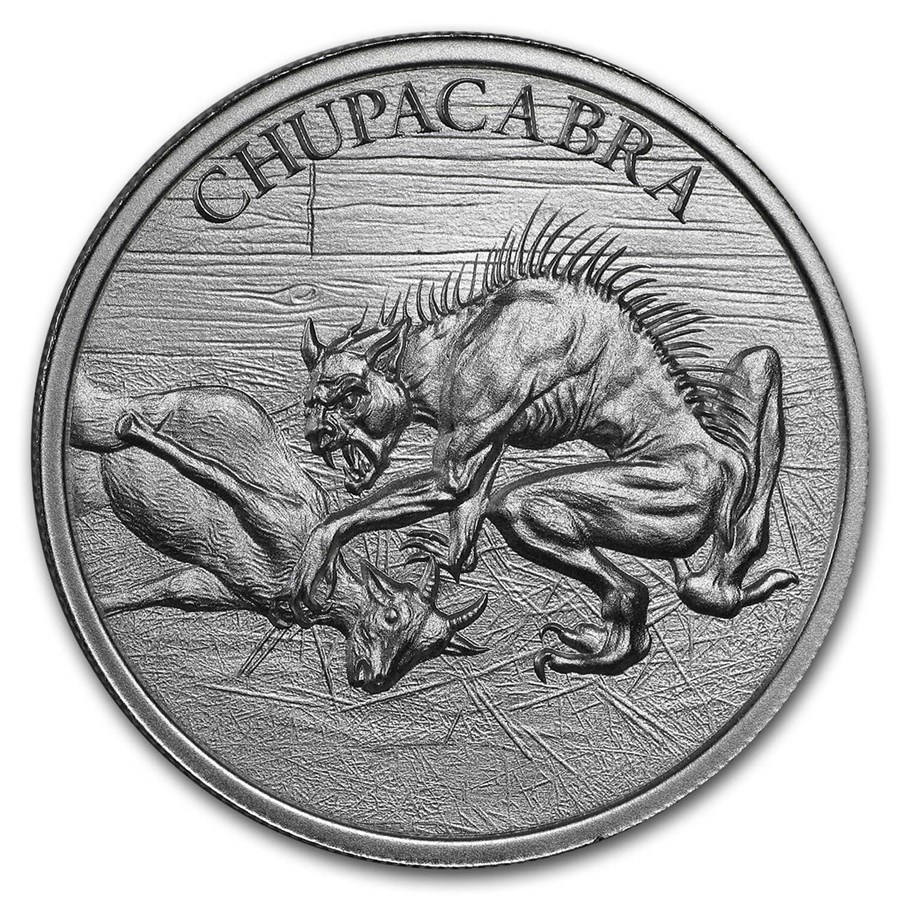 Product Details
Product Details
This 2 oz .999 fine Silver round is part of the Cryptozoology series, which features a highly detailed image of a Chupacabra.

The chupacabra, literally means "goat-sucker" is a legendary creature in the folklore of parts of the Americas, with its first purported sightings reported in Puerto Rico. The name comes from the animal's reported habit of attacking and drinking the blood of livestock, including goats. The most common description of the chupacabra is that of a reptile-like creature, said to have leathery or scaly greenish-gray skin and sharp spines or quills running down its back. It is said to be approximately 3 to 4 feet (0.9 to 1.2 m) high, and stands and hops in a fashion similar to that of a kangaroo. Another common description of the chupacabra is of a strange breed of wild dog. This form is mostly hairless and has a pronounced spinal ridge, unusually pronounced eye sockets, fangs, and claws. Unlike conventional predators, the chupacabra is said to drain all of the animal's blood (and sometimes organs) usually through three holes in the shape of a downwards-pointing triangle or through one or two holes.