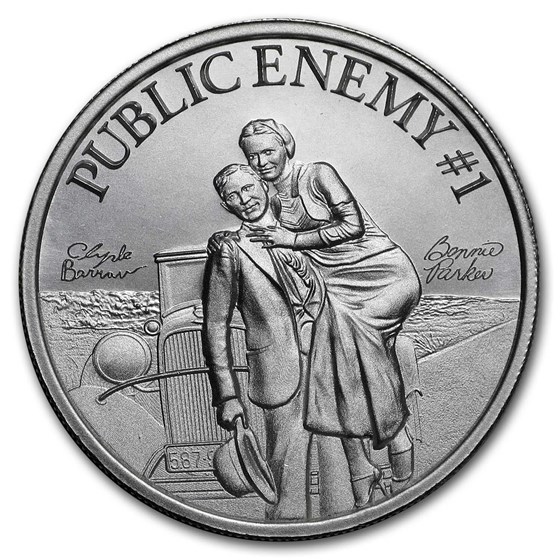 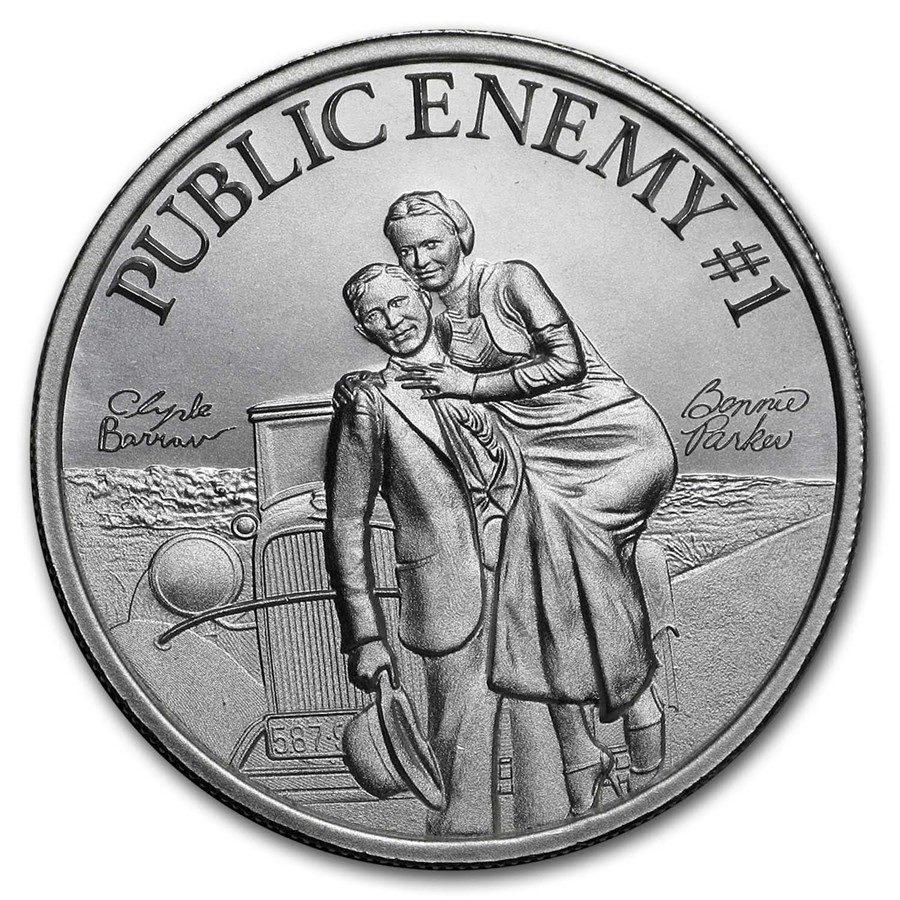 Your purchase is guaranteed to match the quality of the product shown. It will not be this exact item.
Product Details
Product Details
Quite possibly two most romanticized criminals in U.S. history, Bonnie and Clyde spent nearly three years terrorizing the south and were credited with numerous murders, robberies and kidnappings.

Bonnie met Clyde in Texas in 1930 in the outskirts of Dallas. Parker had originally married Roy Thornton, another criminal who had been imprisoned for burglary. While Parker’s first marriage had unraveled from the beginning, for her and Barrow it seemed to be not just love at first sight, but till death do us part.

They both had a brief incarceration for a failed burglary, but in 1932, Parker and Barrow began a two-year crime spree. The two were linked to thirteen murders, including multiple deaths of law enforcement officers, along with multiple kidnappings, thefts, attempted murders, and robberies. The two were often accompanied by their “posse” which included primarily Barrow’s brother “Buck” and his wife, Blanche Barrow.

By 1934, their crime spree had taken the gang throughout the central and southern United States. In the spring of 1934, Federal, Texas and Louisiana officials were closing in. On May 23, 1934, the couple was traveling along the highway near Sailes, Louisiana, when they were ambushed by officers led by Texas Ranger Frank Hamer. They did their best to evade the law one last time but to no avail. Officers opened fire on the stolen Ford V8 they sedan, and Parker and Barrow were killed instantly.