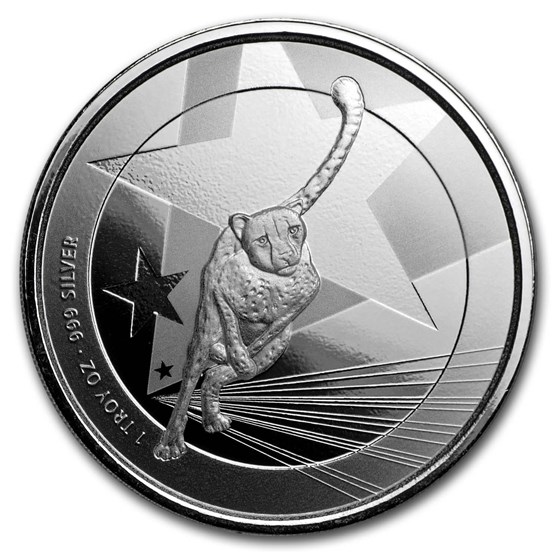 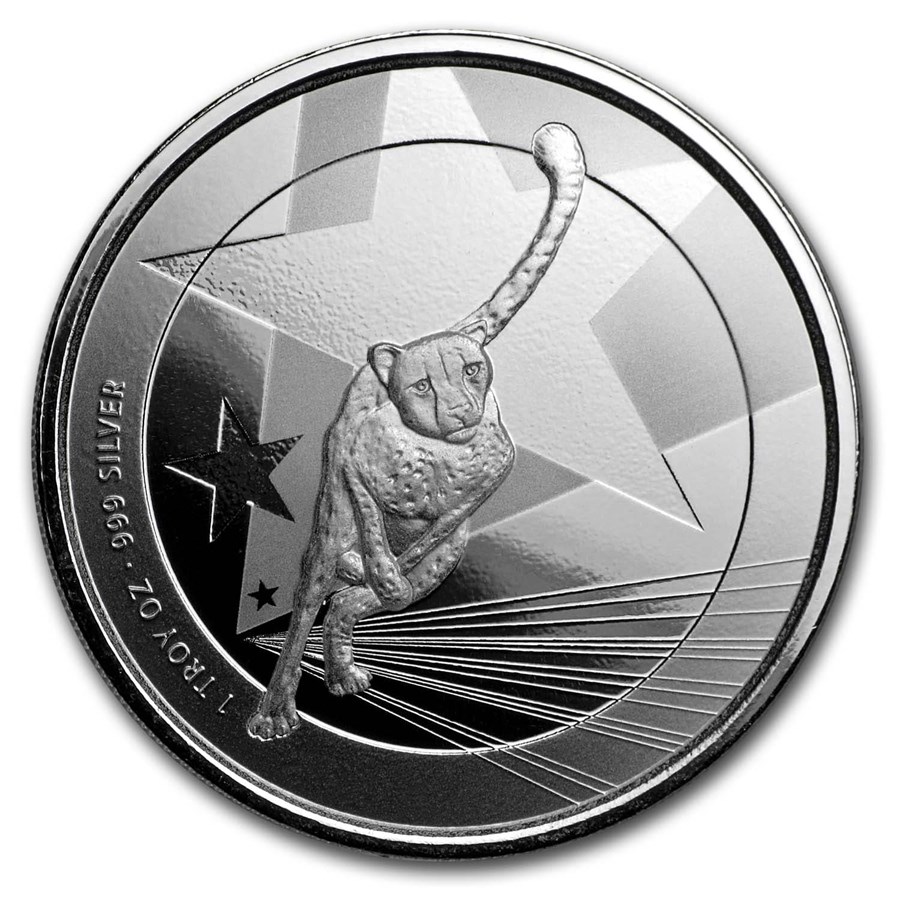 Product Details
Product Details
This is the newest bullion release from Scottsdale Mint, issued from the country of Cameroon featuring a striking Cheetah with the stylized Cameroon flag as a backdrop. Cameroon joins Chad, Ghana and Congo in Scottsdale’s .999 Silver bullion coin range.

With this release, Scottsdale Mint introduces their second legal-tender bullion coin struck for the Central Africa country, the Republic of Cameroon. Often considered “Africa in Miniature,” Cameroon’s highly diverse culture, ethnic groups, climate types and natural resources reflect in miniature the African continent. Cameroon has some of the most breathtaking natural landscapes and wildlife preserves to be found on the continent. This amazing Central African country is also a prime tourist destination, offering some of the most pristine natural resources that include five distinct ecological zones. Each provide specific attractions, from dense rain forests to savannas, mountain ranges, and Atlantic white sand beaches.

Scottsdale Mint is known for their excellence in Precious Metals minting and this series is one of their best programs yet. Add this beautiful Cameroon Cheetah coin to your cart today while it lasts!

I got it because it was from an African country that did not have the face of The Queen on it. BUT.... the cheetah is poorly minted. Cmon now... where was the effort to add in more visually captivating details. Background is not good enough. Add some nature to that. Does this wild cat no justice...