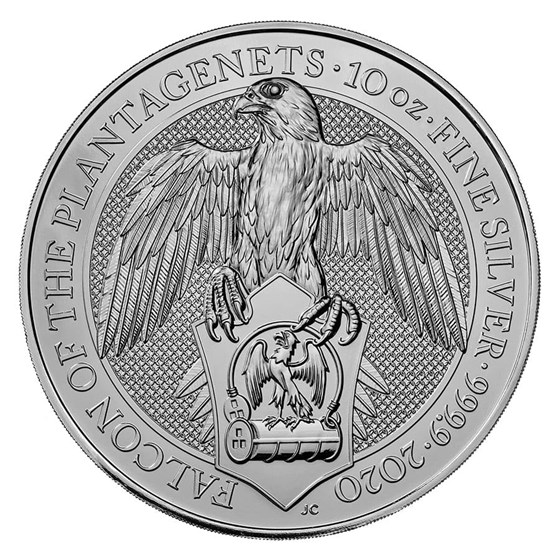 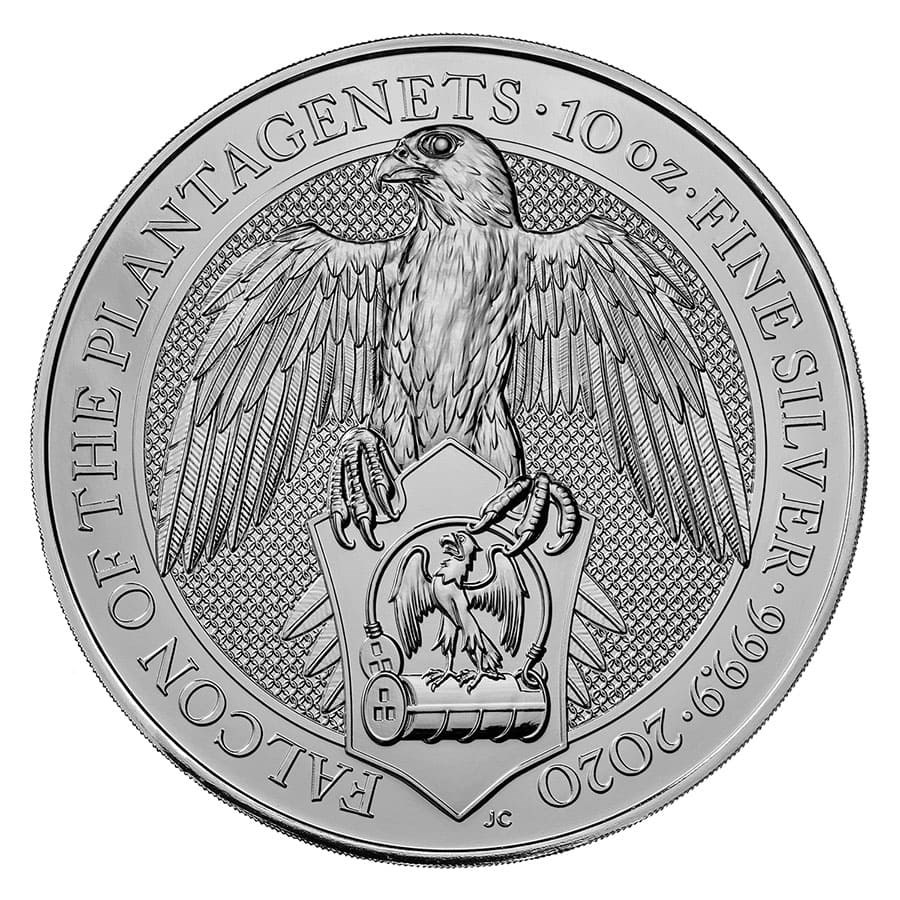 Your purchase is guaranteed to match the quality of the product shown. It will not be this exact item.
Product Details
Product Details
The majestic Falcon of the Plantagenets is also available in 10 oz of Silver. The sixth release of the 10 oz Silver Queen's Beasts coins features one of the majestic heraldic beasts.

The 2020 Queen's Beasts Silver Falcon of the Plantagenets coin is the sixth 10 oz Silver Queen's Beasts coin from the Royal Mint. Add the sixth coin of this exciting 10 coin series to your cart today!

This coin is just stunning to look at. Very satisfied. APMEX did it again, taking care of the customer.

Apmex Did It Again!!!

The Apmex Team has did it again, the 10 oz Queens Beasts Falcon is perfect and right on time,I as so excited to be home to collect my package..A must have, thank you Apmex Team. 6 down 4 more to go. And thank you for the Swag Apmex.