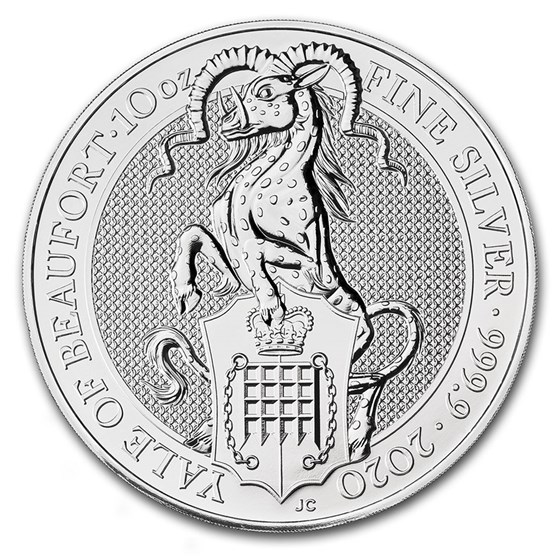 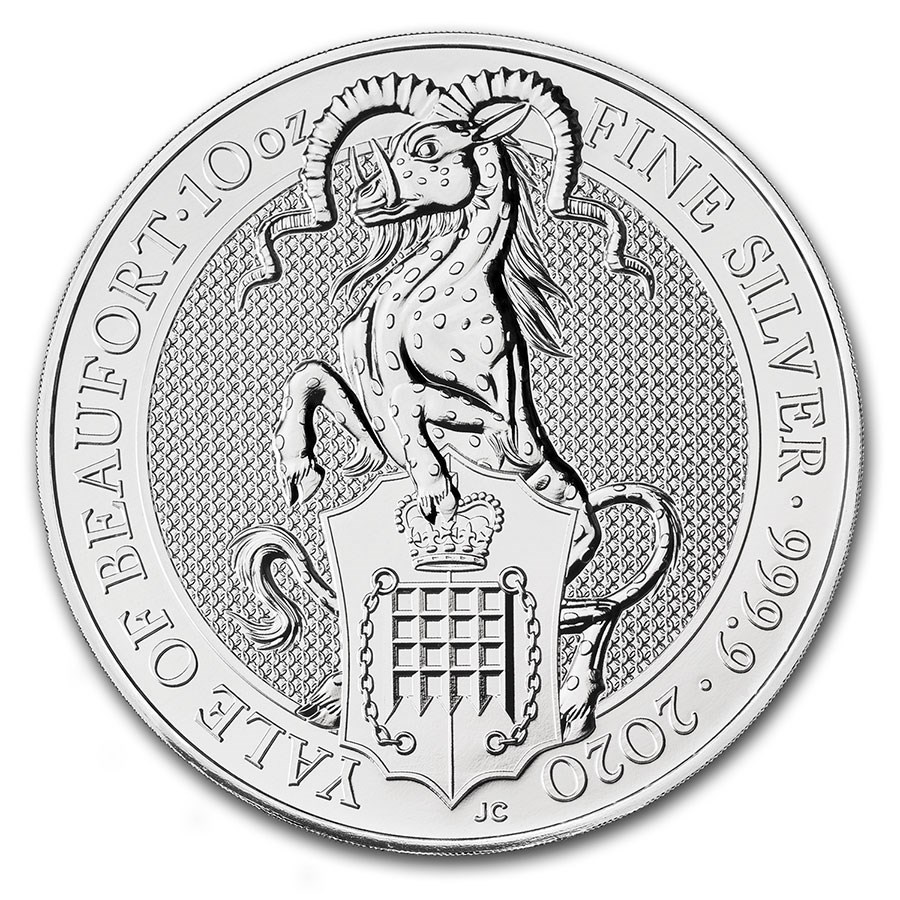 Your purchase is guaranteed to match the quality of the product shown. It will not be this exact item.
Product Details
Product Details
The seventh release of the 10 oz Silver Queen's Beasts coins features one of the majestic heraldic beasts, the Yale of Beaufort.

Today, The Queen’s Beasts can be found at the Canadian Museum of History in Quebec, while Portland stone replicas, also carved by James Woodford, watch over Kew Gardens in the United Kingdom. But these mythical, ancient creatures such as the lion, griffin, falcon, bull, yale, greyhound, dragon, unicorn and horse have gone on to inspire the highly praised new talent, Royal Mint Coin Designer Jody Clark.

Very nice coin, probably the shiniest coin I have.

I would like to have all the ten ounce coins in this group.

I absolutely Love the 10oz Queens Beast Yale!!! It's the perfect coin. I have 5 of the 2oz Queens Beast coins. I hope to collect all 10 in both the 2oz And 10oz size. I like the fact it's IRA approved which makes this a wise investment.

I purchased the 10oz silver Yale coin. Just absolutley Love this coin!!! Want to collect all ten. Not a bad price at all for 10oz of silver.

This is a beautiful "coin"

Surpasses expectations. This coin has very nice detail. Both sides are clear and all lines are very crisp. Strikingly beautiful. Very happy with my purchase! Apmex is ALWAYS a pleasure to deal with.