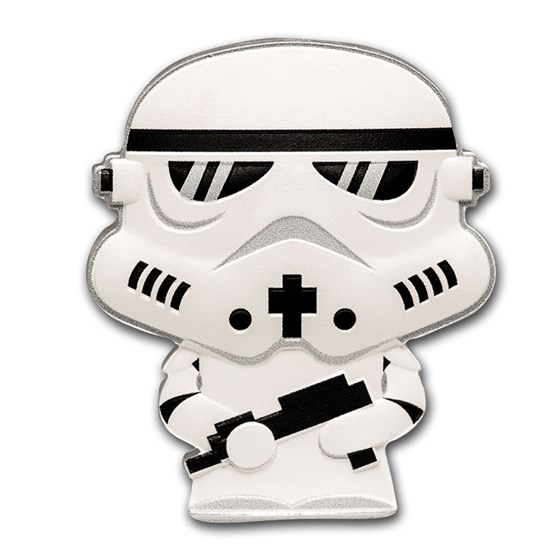 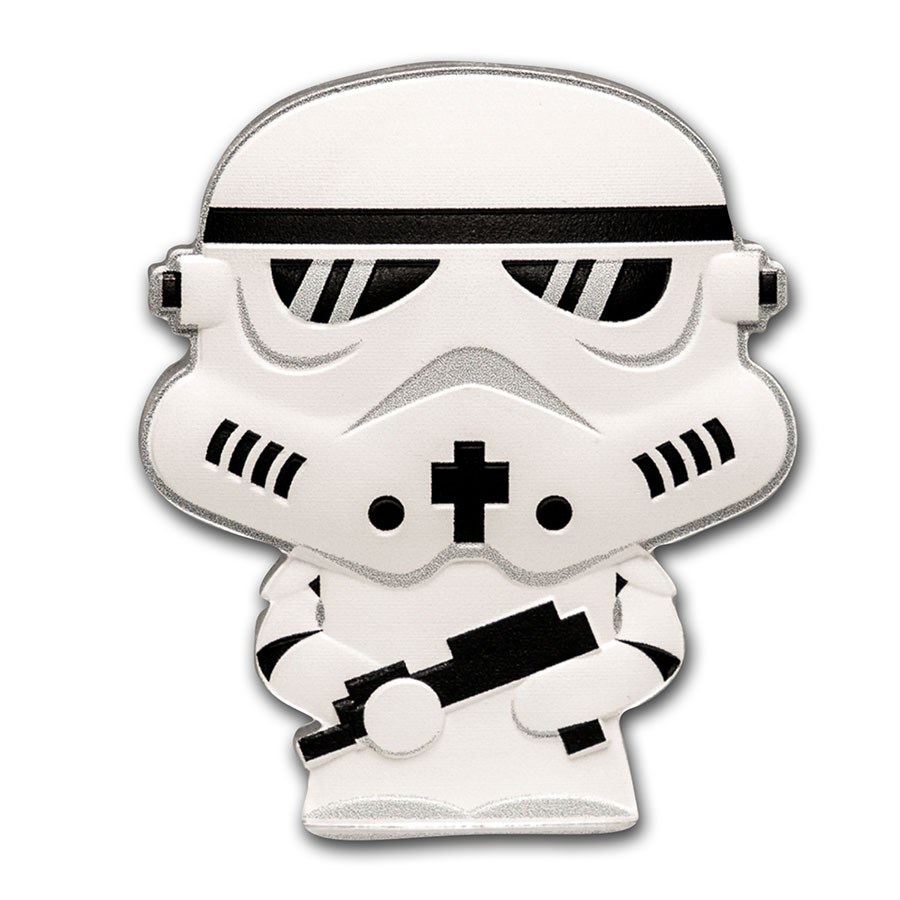 Product Details
Product Details
Chibi is a much-loved art style, and New Zealand Mint is thrilled to be the first in the world to introduce this collectible coin category. The fourth Star Wars release being the infamous Stormtrooper! Be sure to get your Chibi coin today!

The fourth coin in the Star Wars series of the Chibi Coin Collection features the feared 'buckethead', the Stormtrooper! It is made from 1 oz of fine Silver which has been shaped and colored. You'll need to be faster than the Millennium Falcon to get yours today!

A must for any collection. One of the most beautiful designs