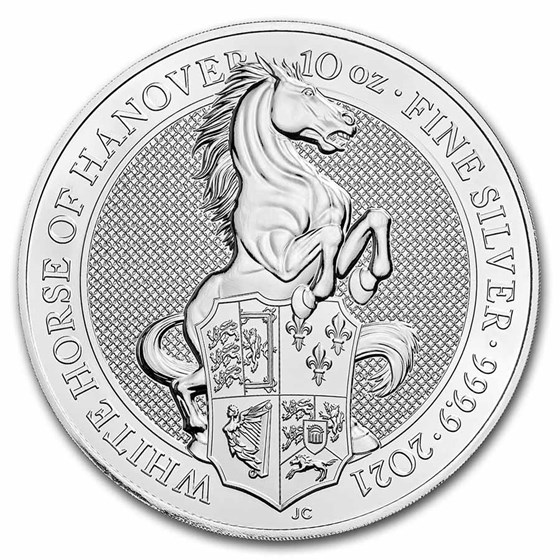 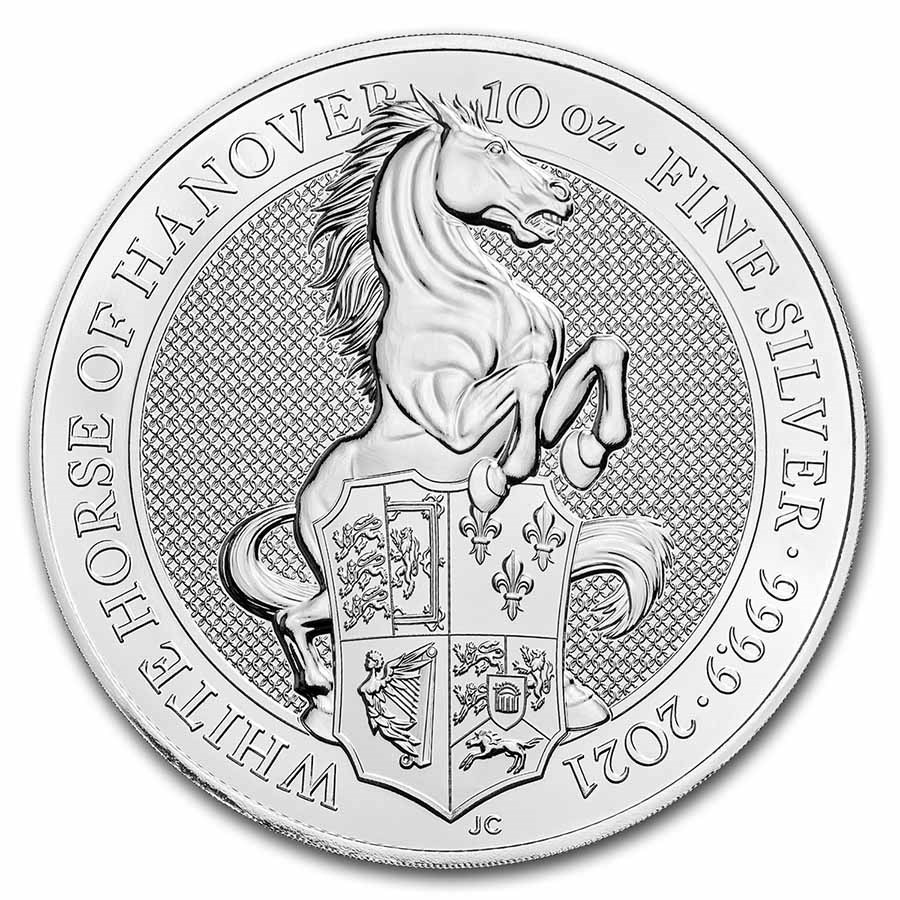 Product Details
Product Details
The majestic White Horse of Hanover is available in 10 oz of Silver. The ninth release of the 10 oz Silver Queen's Beasts coins features one of the regal heraldic beasts.

The 2021 Queen's Beasts Silver White Horse of Hanover coin is the ninth 10 oz Silver Queen's Beasts coin from The Royal Mint. Add the ninth coin of this exciting 10-coin series to your cart today!

When Her Majesty The Queen was crowned in 1953, the entrance to Westminster Abbey was guarded by 10 fantastical creatures. The Queen’s Beasts were 6-foot tall statues that symbolized the heritage and history Queen Elizabeth II inherited that day. These royal protectors have been brought to life in a collection named in their honor, which began in the year the queen became the world’s longest reigning living monarch and continues in the year of Her Majesty’s Sapphire Jubilee.

Huge and beautiful. They came in hard round plastic holders but rattle a bit, but beautiful and impressive.

Flash back to a childhood memory.

I’m not collecting the whole set. I purchased this coin because when I was growing up my grandfather had a 10oz coin and I remembered holding it in my hand fascinated by the size and beauty. R.I.P. to my grandfather he would be very happy that I became a collector and stacker of gold and silver.

With the exception of some minor scratches on the Queens face this coin is outstanding. Everyone in the family wants one.