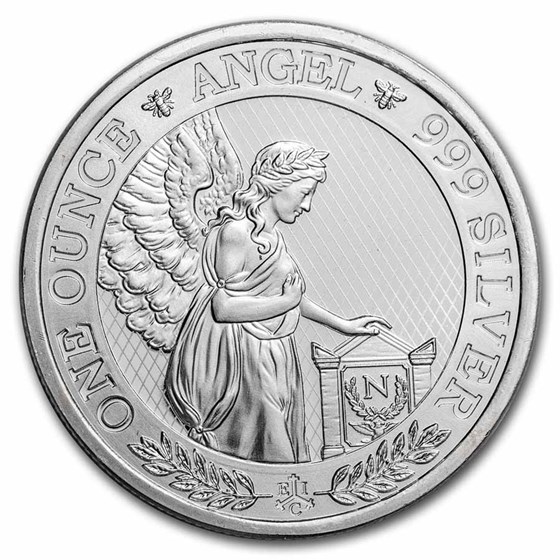 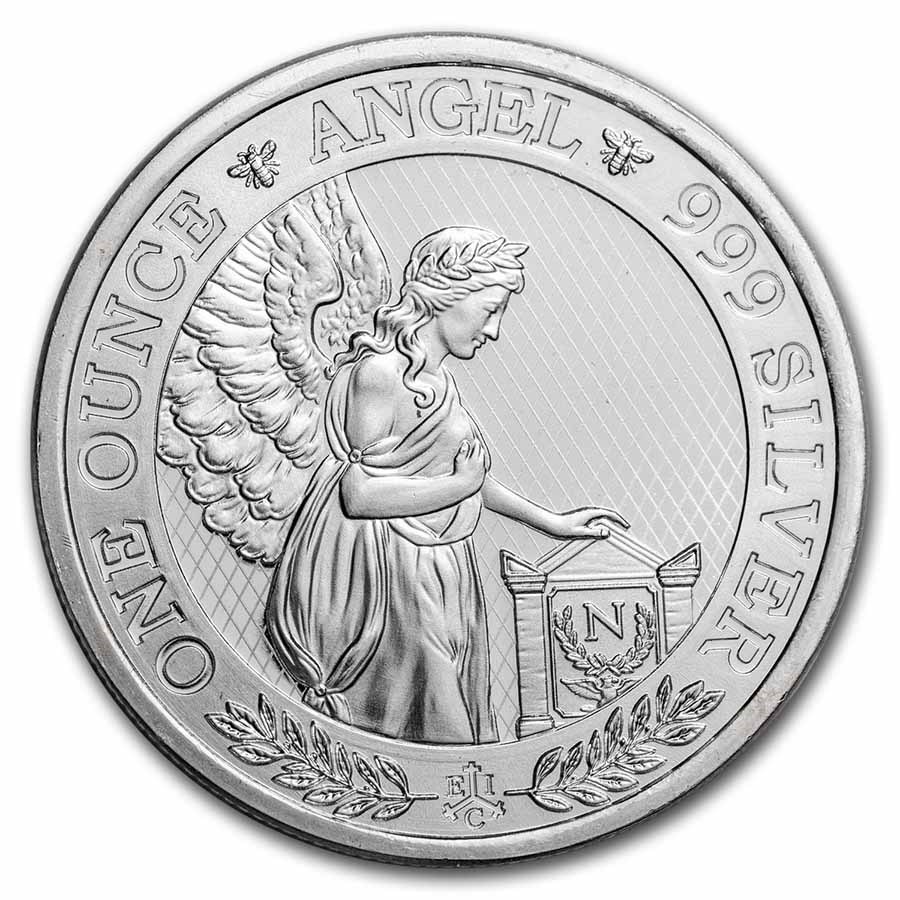 Product Details
Product Details
As low as $5.99 per coin over spot
This .999 Silver coin features the first release of the Napoleon Angel coin in 1 ounce of .999 fine Silver.

Napoleon Bonaparte
Napoleon, the military leader and emperor of French, took power during the French Revolution and crowned himself emperor in 1804. During his rule, he expanded his empire until we was exiled first to the island of Elba, and then later to the remote island of Saint Helena, where he died at the age of 51. 2021 is the 200th anniversary of the controversial and well-known figure's death. He is buried in Paris, where 12 stone angels guard his final resting place. This 1 oz Silver Napoleon Angel coin plays tribute to these angels with the angel design on the reverse, watching over the gravestone, which features an "N" at the center for Napoleon and includes the metal content and purity on the border of the coin, along with a design of two bees.

Beautiful looking silver British pound. I normally don’t buy National mints because of the higher cost per ounce, but on sale this was a piece I added to my stack