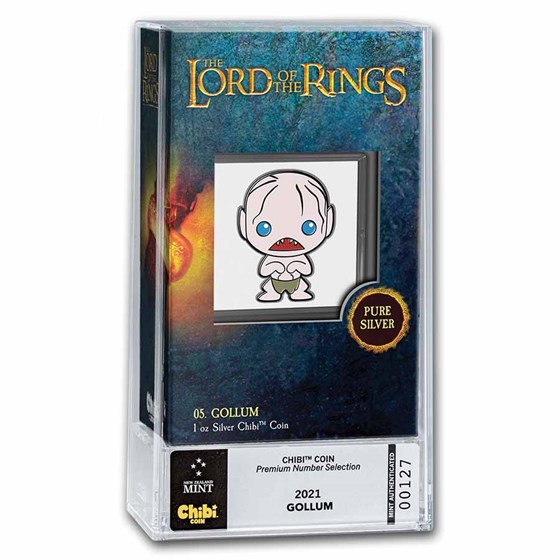 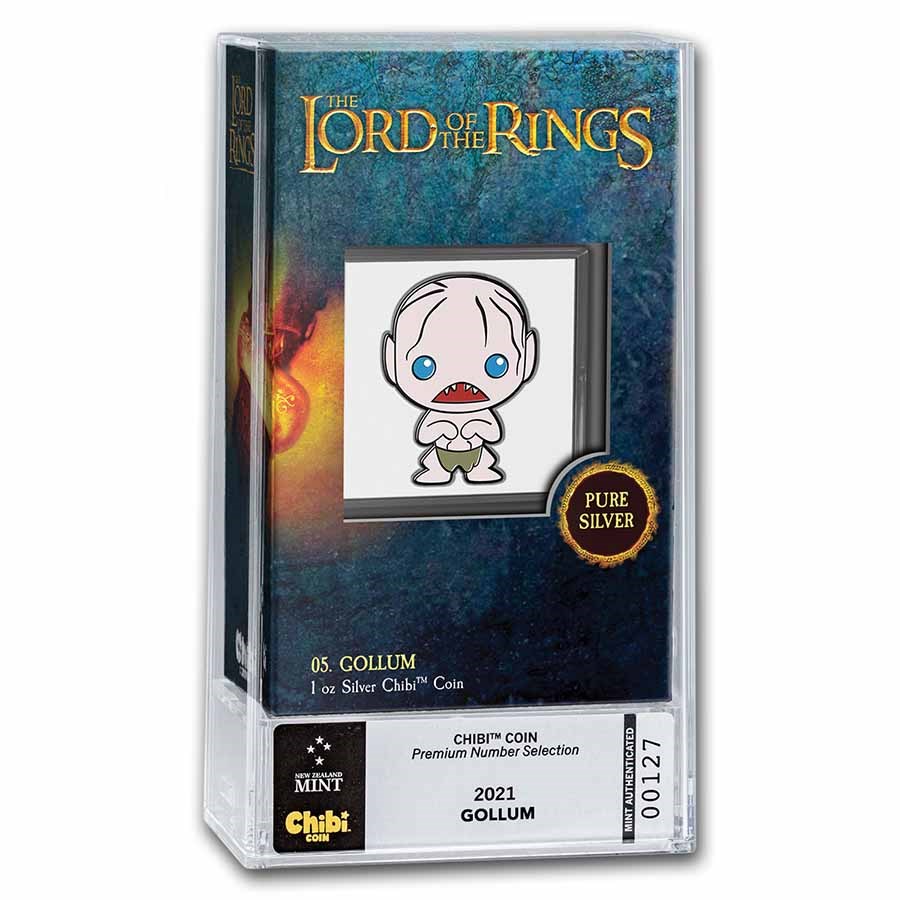 Product Details
Product Details
The tormented creature Gollum is the fifth release in the Lord of the Rings Chibi Series. Only the first 200 of these were numbered and placed in protective acrylic boxes to authenticate and preserve their value.


Add this 1 oz Silver chibi coin to your cart today!