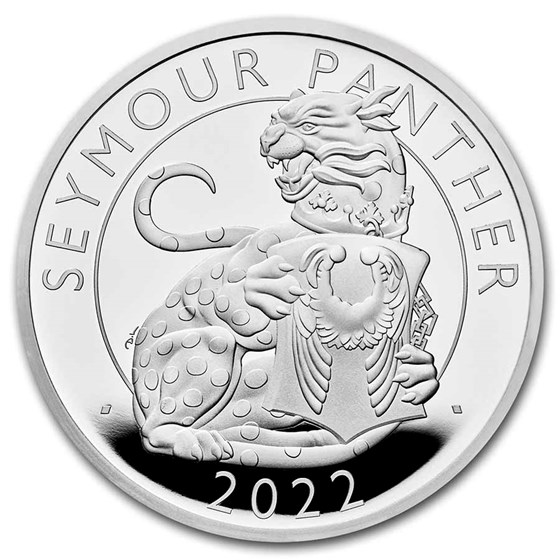 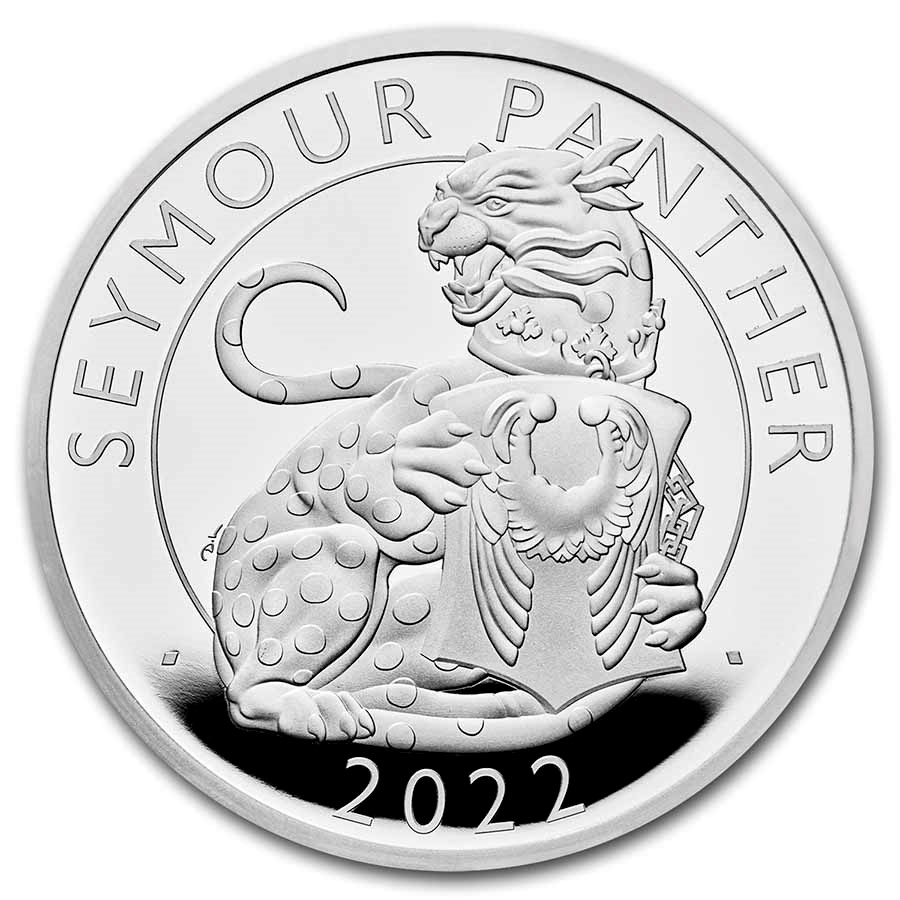 Product Details
Product Details
As low as $169.99 per coin
The first release in The Royal Tudor Beasts Collection features the Seymour Panther. This .999 fine Silver Proof coin has a limited availability of 6,000 coins in this limited edition presentation style.

This majestic coin is a must-have for any collection. Add this 2022 1 oz Royal Tudor Beasts Seymour Panther Silver Proof to your cart today!

The 2022 Silver Seymour Panther is the first release in an exciting 10 coin series from The Royal Mint. Begin your collection by adding this limited mintage 1 oz Silver coin to your cart today!

The Royal Tudor Beasts from The Royal Mint
For the first time in 2022, The Royal Mint has introduced The Royal Tudor Beast series, following the conclusion of the collector favorite, The Queen's Beast Series. This series is planned to include Gold & Silver Proofs, including the 1 oz Limited Mintage Silver Proof, that will feature these heraldic beasts of the Tudor legacy: The Seymour Panther, The Lion of England, The Bull of Clarence, The Tudor Dragon, The Greyhound of Richmond, The Royal Dragon, The Yale of Beaufort, The Seymour Unicorn, The Queen's Panther, and The Queen's Lion.