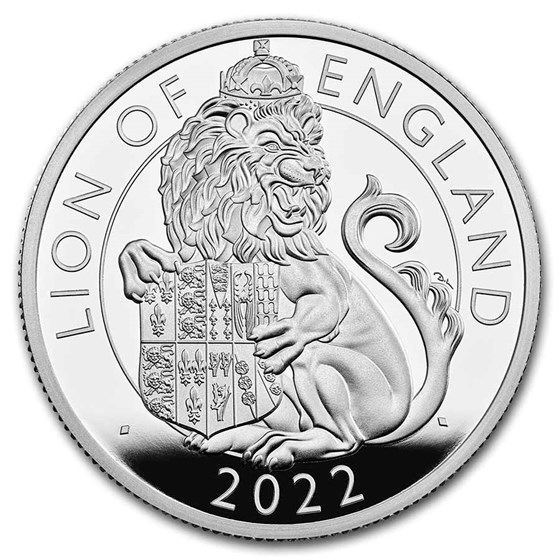 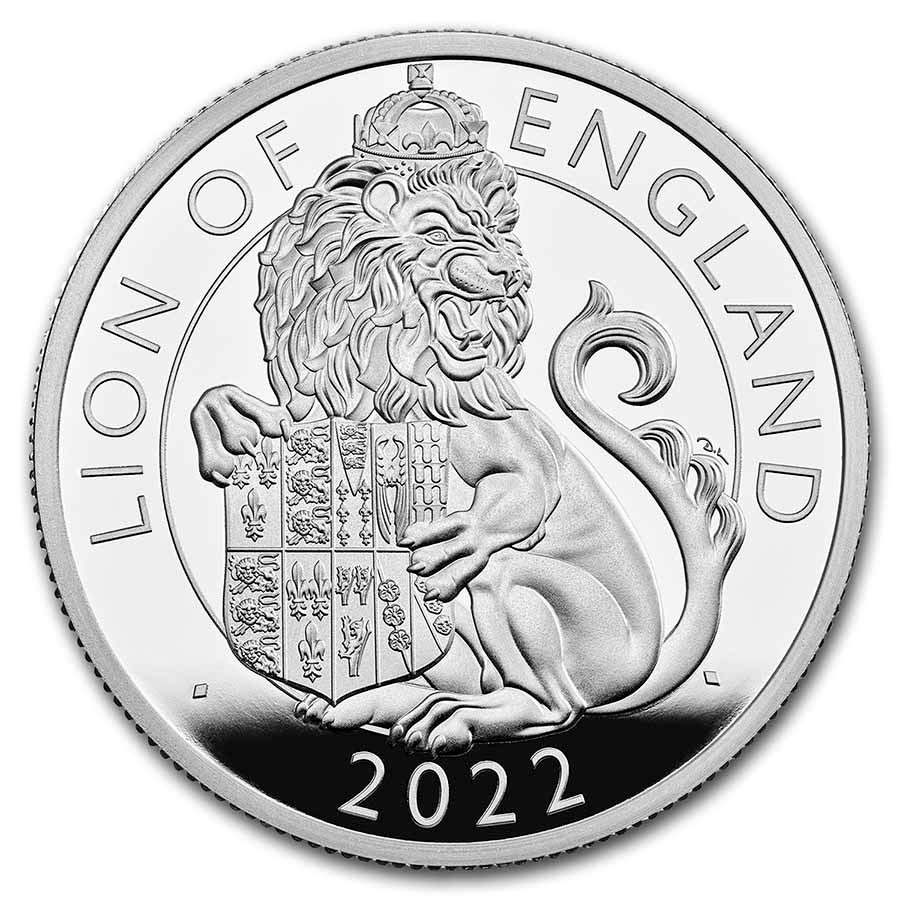 Product Details
Product Details
Following the highly sought-after Queen's Beast Series, The Royal Mint has introduced its second release of The Royal Tudor beast, The Lion of England. This APMEXclusive® 2 oz Proof Coin has a limited-edition presentation of only 2,000 coins.

Safeguard your coins and 2 oz Lion of England from fingerprints by adding cotton gloves to your order.

The APMEXclusive® 2022 2 oz Silver Lion of England is the second release in the 10-coin Royal Tudor Beasts series from The Royal Mint. Add this limited mintage Proof with a numbered COA to you collection today!

2022 2 oz Silver Royal Tudor Beasts Lion of England Proof
The Lion of England has been a part of royal emblems and coats of arms for centuries. First appearing on shields in the 1200s, this majestic animal is recognized around world as an iconic symbol that represents both pride and courage. The moat bridge at Hampton Court Palace features the lion holding up its crossed swords, which recall how King Henry VIII united with Jane Seymour after they were married to preserve their love through strength alone – without any outward blessing.