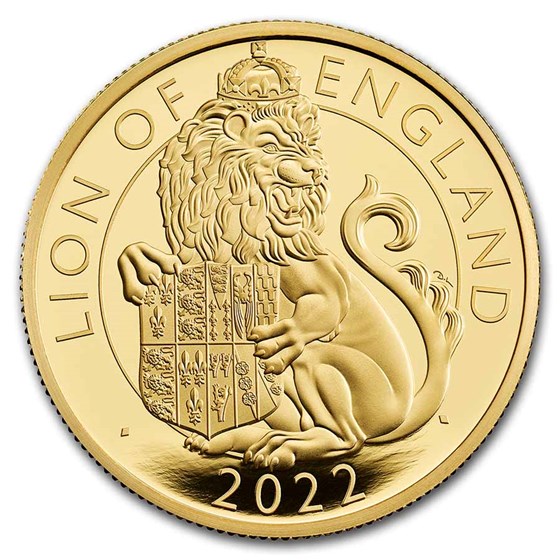 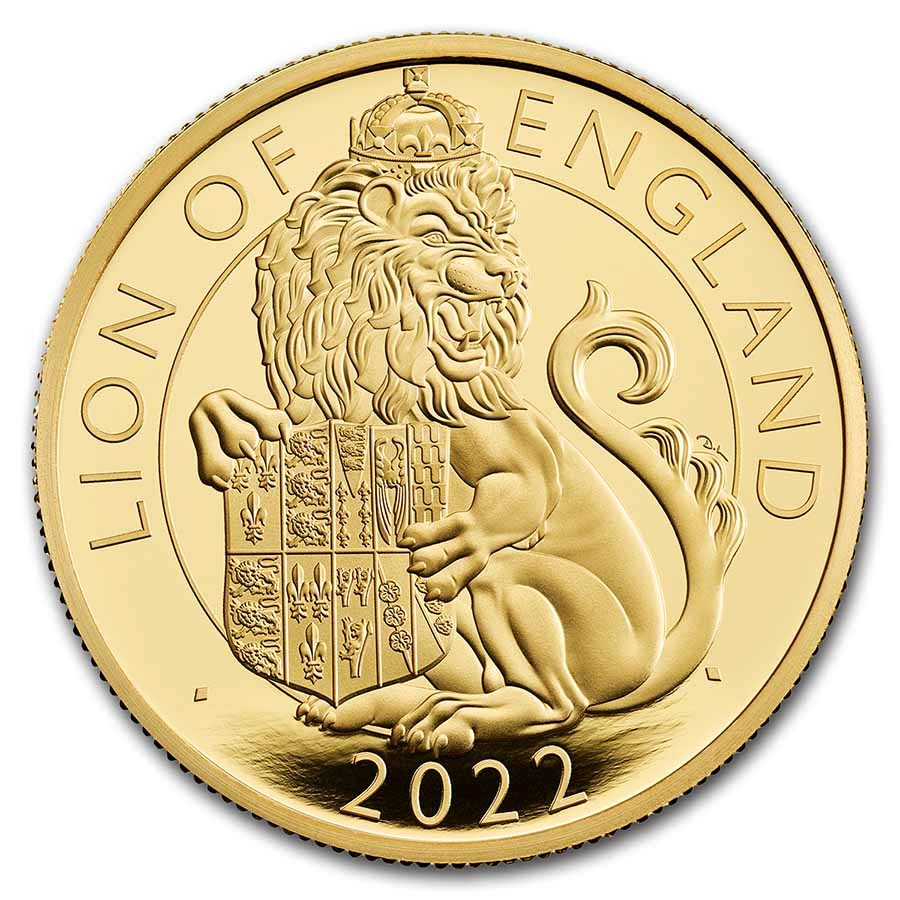 Product Details
Product Details
The second release in The Royal Tudor Beasts Collection features The Lion of England. This .9999 fine Gold Proof coin comes in an APMEXclusive® size of 2 oz and has a limited edition presentation of only 175 coins worldwide.

Protect your investments, along with your 2022 Gold Proof Lion of England coin, by adding a home safe to your order.

Continue your Royal Tudor Beasts collection with the 2022 Gold Proof Lion of England. This second release features an extremely limited mintage, so add the 2 oz Proof Gold coin to your cart today!

The Royal Tudor Beasts from The Royal Mint
In 2022, The Royal Mint released The Royal Tudor Beast series to follow the conclusion of their widely popular series, The Queen's Beast. This 10-coin series will feature Gold and Silver Proofs, including this APMEXclusive® 2 oz Gold Proof, that will feature these heraldic beasts of the Tudor legacy: The Seymour Panther, The Lion of England, The Bull of Clarence, The Tudor Dragon, The Greyhound of Richmond, The Royal Dragon, The Yale of Beaufort, The Seymour Unicorn, The Queen's Panther and The Queen's Lion.

2022 2 oz Gold Royal Tudor Beasts Lion of England Proof
The Lion of England has been a part of heraldry for centuries. It first appeared on royal emblems in the 12th century, and it is currently used as one facet within England's shield, which was established during the same time period. The Lion of England holds great meaning because its image represents both pride and courage simultaneously. Not only does the lion have exceptional courage, but also loyalty toward its king or queen, depending upon who reigns.