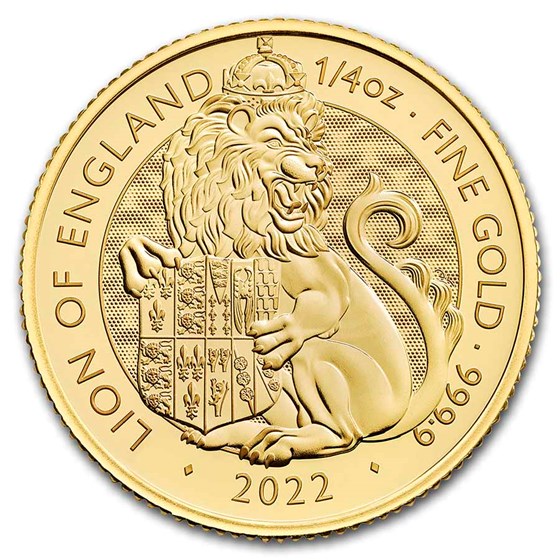 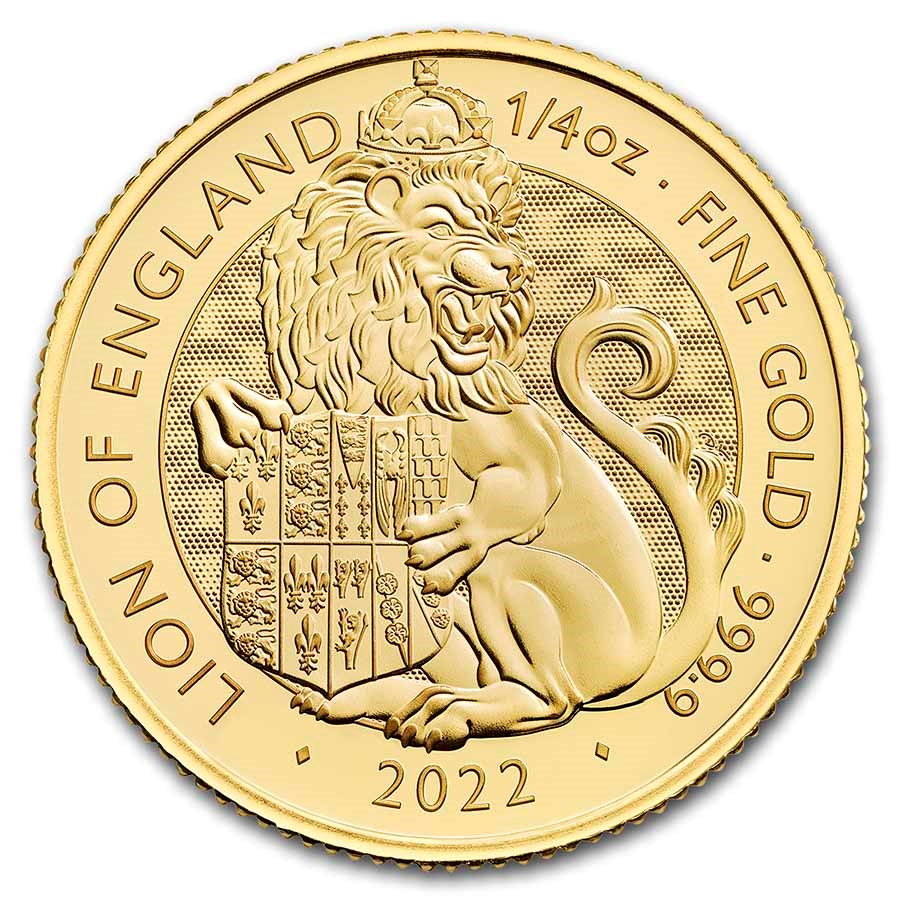 Protect your new Gold Lion of England bullion coins from fingerprints by adding a 12-pack of cotton gloves to your order.

The Royal Tudor Beasts from The Royal Mint
To commemorate the Tudor legacy, in 2022 The Royal Mint introduced this new series following all mighty beasts: The Royal Tudor Beasts. This collection includes Gold and Silver Proof and bullion coins that honor these heraldic creatures from English history: The Seymour Panther, The Lion of England, The Bull of Clarence, The Tudor Dragon, The Greyhound of Richmond, The Royal Dragon, The Yale of Beaufort, The Seymour Unicorn, The Queen's Panther and The Queen's Lion.

2022 GB 1/4 oz Gold Royal Tudor Beast The Lion of England
The Lion of England is one of the most ancient and iconic beasts in the heraldry. It first appeared on royal emblems around 1200 AD and has been part of the shield of England for as long it has existed – over five centuries. The Lion of England symbolizes pride and courage, which is why the lion was chosen when King Henry VIII needed to find something that would represent him well during his marriage with Jane Seymour.

saving up for a 1 ounce of the same coin. I really like this design a lot. Of course and it looks better in person.