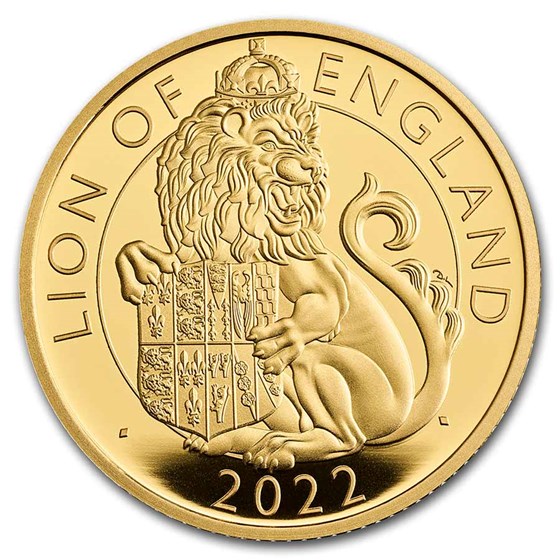 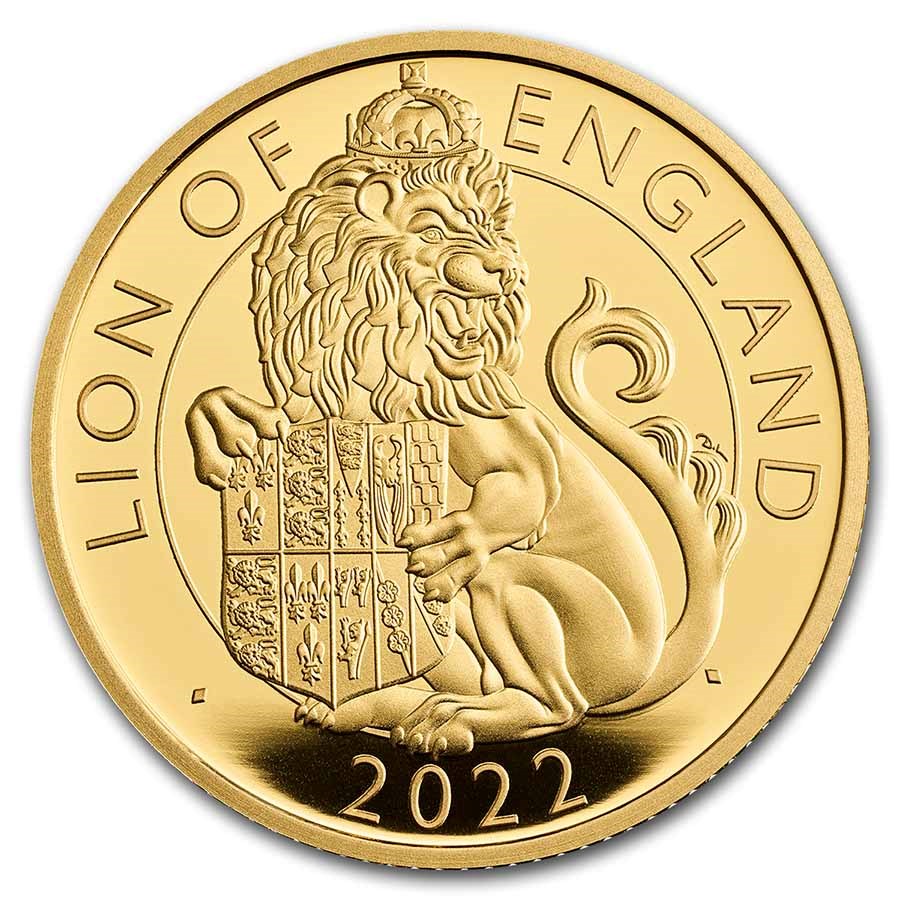 Product Details
Product Details
The popular Royal Tudor Beast Collection is back with a second release featuring The Lion of England. This release features a limited-edition presentation of only 70 Proof coins worldwide, so don’t miss out on your chance to continue your series today.

Shield your 2022 5 oz Gold Proofs coins from fingerprints by adding these cotton gloves to your order.

Continue your collection by adding this extremely limited mintage 5 oz Gold Proof coin to your cart today while supplies last!

The Royal Tudor Beasts from The Royal Mint
Beginning in 2022, The Royal Mint released The Royal Tudor Beast series beginning with the Seymour Panther. This highly anticipated 10-coin series will feature Gold and Silver Proofs, including this 5 oz Gold Proof, that will feature these heraldic beasts of the Tudor legacy: The Seymour Panther, The Lion of England, The Bull of Clarence, The Tudor Dragon, The Greyhound of Richmond, The Royal Dragon, The Yale of Beaufort, The Seymour Unicorn, The Queen's Panther and The Queen's Lion.

2022 5 oz Gold Royal Tudor Beasts Lion of England Proof
The Lion of England is one the most iconic beasts in heraldry. The lion first appeared on royal emblems during 12th century and has been part this country’s shield since its inception. Choosing to represent pride and courage with its strong sleek appearance, The Lion of England holds a shield bearing Henry VIII and Jane Seymour, which represents their unbreakable bond through marriage.