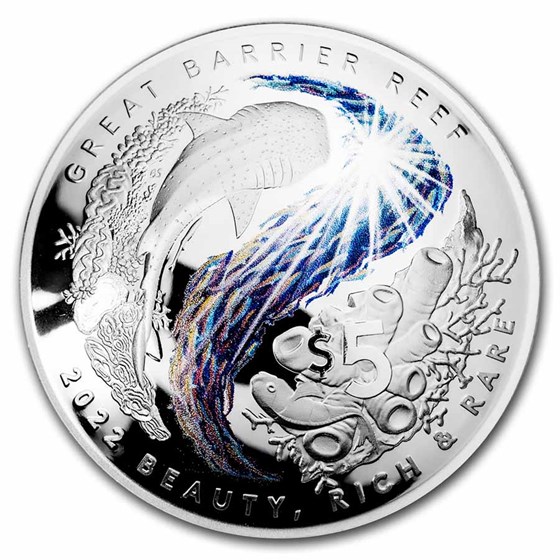 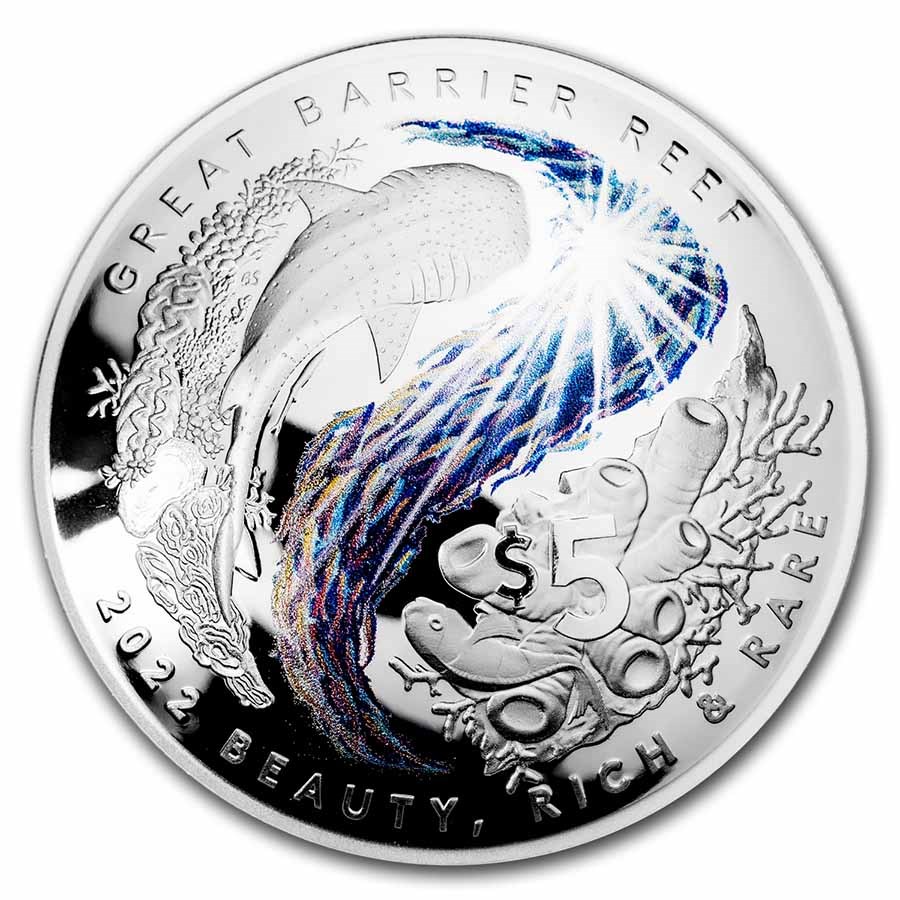 Product Details
Product Details
The Royal Australian Mint has released a new series, Beauty, Rich & Rare, with this Silver colorized Proof domed coin. With a limited mintage of 7,500 for the Silver, this coin will be a beautiful addition to any collection.

Previous 1 oz Silver domed coins from the Royal Australian Mint have quickly sold out from the mint, some even in the first few weeks of the release! Now is your chance to own an extremely limited mintage, beautiful .999 fine Silver coin with a Proof finish. The coin is elegantly packaged in a box that displays both the coin and the certificate, and also included is a Great Barrier Reef-themed outer box.

Domed Coin Series
The Royal Australian Mint first launched a three-coin Earth and Beyond series in 1 oz Silver with a domed finish. The series featured the Earth, the moon and the sun. For 2021, the mint produced an additional release in both 1 oz Silver and 1 oz Gold featuring the Milky Way galaxy. For 2022, the Royal Australian Mint has released a new series, Beauty, Rich & Rare including a Gold and Silver domed coin to celebrate Australia's beautiful Great Barrier Reef. Add this beautiful 2022 1 oz Silver Great Barrier Reef Domed Proof coin to your cart today!

73% of reviewers recommend this product

This is a very disappointing coin in terms of the colorization – it is poorly applied yielding dull and absent colors, and indistinct fish forms. It doesn’t come close to its appearance in the images above. Not sure if I received a relatively poor proof, but if the rest were of this quality, I wouldn’t have bought it.

This review pains us to write. No Pros for this coin. We have all the prior Australian Domed coins and this one is by far the worst. Pay more money for the earlier designs and pass on this one. The packaging is cheaper and inferior to other products from this mint. Perhaps the Domed series is over?

Beautiful piece, great packaging, and a great addition to my collection!

They look awesome. These are my first two domed coins.

I just received my coin and it's just Beautiful. so glad I bought this coin. You will not be disappointed.