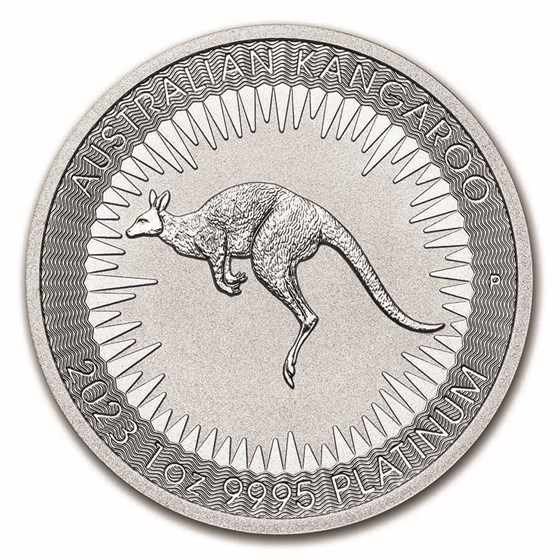 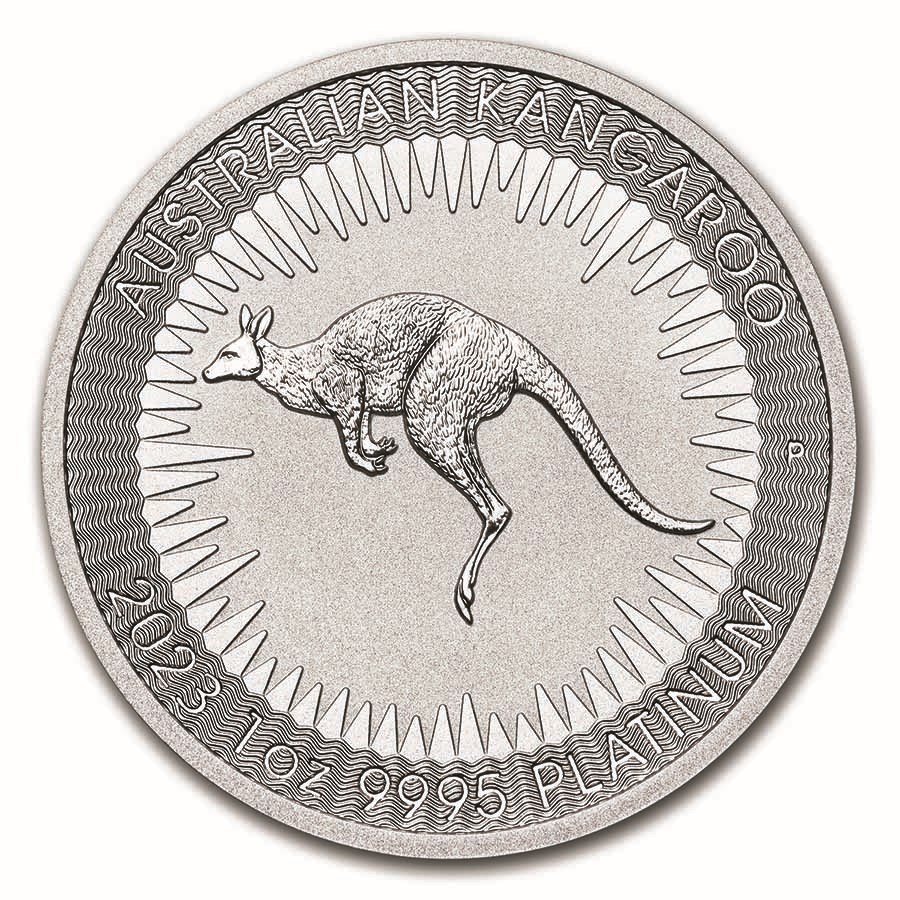 Product Details
Product Details
Struck by The Perth Mint from 1 oz of .9995 fine Platinum, the 2023 Platinum Kangaroo coin is issued as legal tender under the Australian Currency Act of 1965.

Add this 2023 Platinum Kangaroo coin to your cart today!

The Perth Mint
Located along the Swan River, The Perth Mint is Australia's oldest operating mint and throughout its rich history, the name has become synonymous with some of the highest standard of bullion and collectible products. Along with the Gold Swan and Silver Swan series, some of The Perth Mint's most well-known coin programs include the Gold Kangaroo and Silver Kangaroo, Koala, Gold Lunar and Silver Lunar and the Silver Kookaburra programs along with a wide variety of specialty bullion releases.