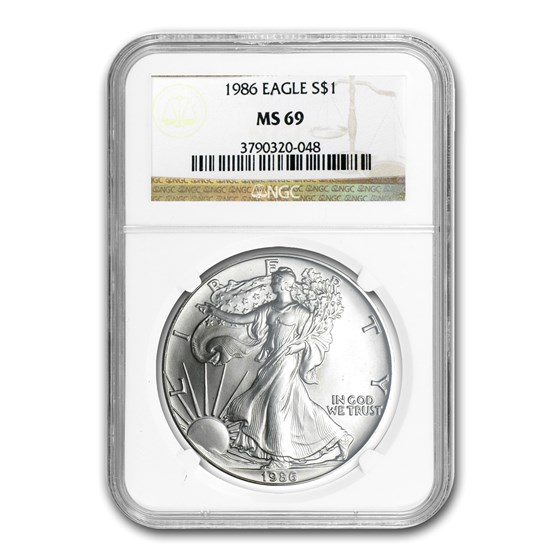 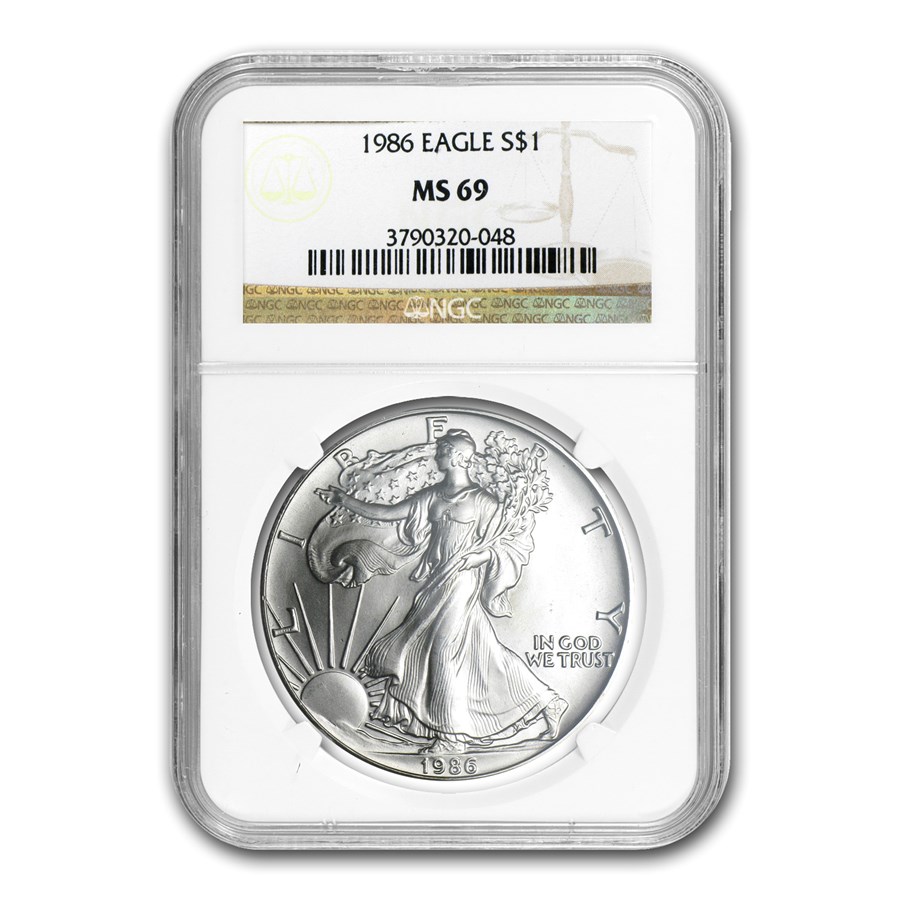 One of the most popular designs in American coinage, the Silver Eagle combines beauty with Silver bullion appeal. Add the 1986 Silver Eagle to your cart today!

NGC Certified Silver Eagles
APMEX offers customers NGC graded Silver Eagles to provide the highest quality additions to their collections. NGC is the only independent third-party grading service that works with the Smithsonian National Museum of American History, which is dedicated to the long-term preservation of historical coins. Each encapsulated coin is placed in a tamper-evident holder that protects and certifies the coin's authenticity and condition. These graded pieces can increase demand for the coins because their quality assurance which is enhanced after the official grading process.

The beginning of a classic coin.

The history of this series will make you collect one each year.

I DID NOT HAVE ONE. NEEDED FOR MY SET.

Want to start my first Coin collection, so happy I chose Apmex, fast service and product is just like they promised. I'll buy from Apmex again!!

Wonderful addition to my collection

Just wonderful to have in collection. Nice grade, Wonderful packaging. The issuance date is thrilling to own. Can't stop examining this one. Love it, love the history, the beauty, the fine silver content, good investment.