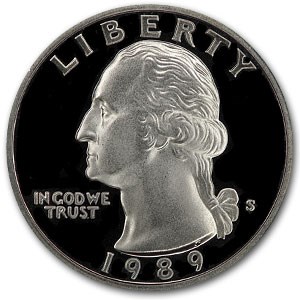 Product Details
Product Details
Handsome quarter! If your Washington quarter collection is in an album that holds the proof issues, this coin is a must for you.