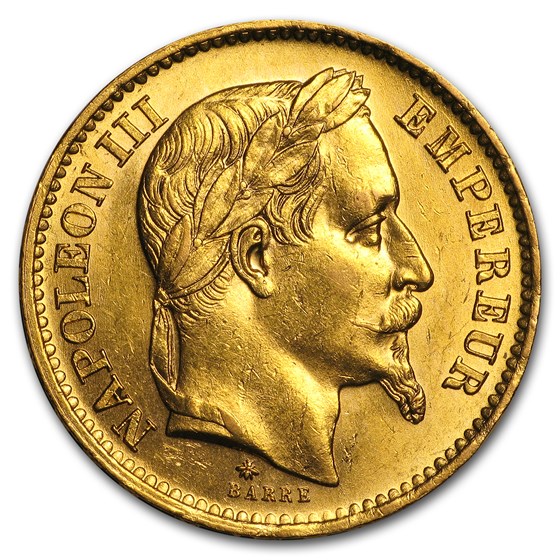 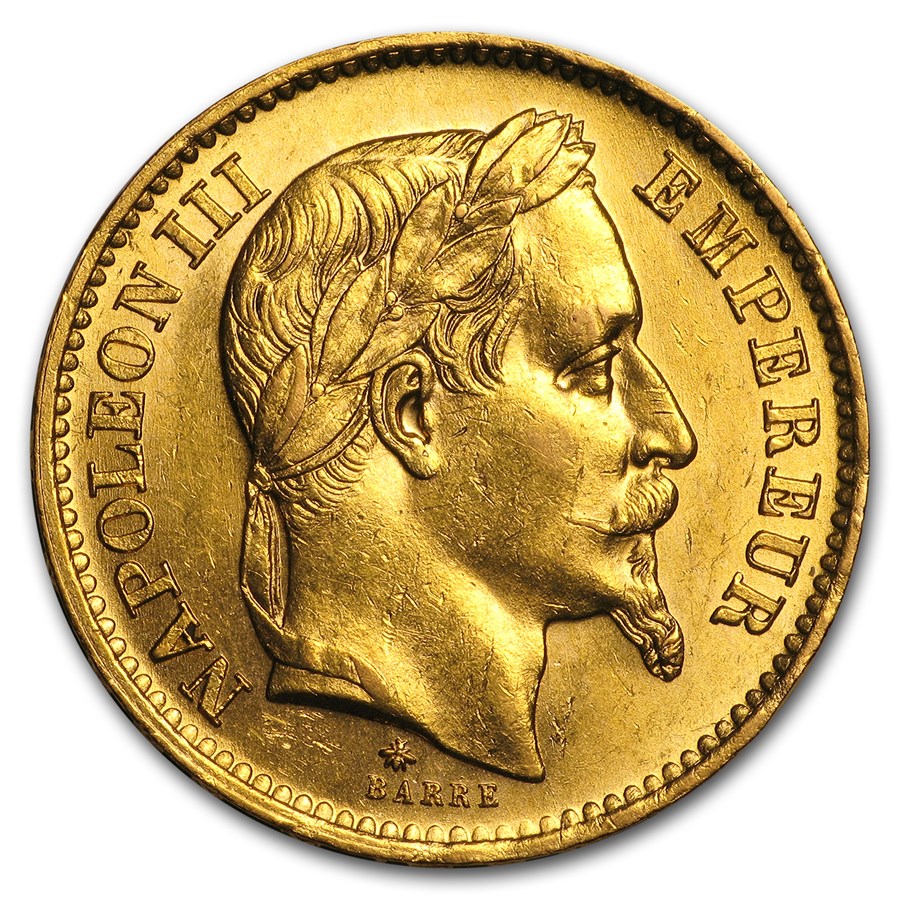 Your purchase will match the quality of the product shown. Dates will be of our choosing and may or may not vary, determined by stock on hand.
Product Details
Product Details
Well preserved 19th century French Gold. Each coin contains .1867 oz of pure Gold, and feature a likeness of Napoleon III, Emperor of France from 1852-1870.

Coin Highlights:
Protect and display your coin in style by adding a protective capsule recommended for this coin.

Random dates (1861-1870) of our choice in Brilliant Uncirculated condition determined by stock on hand.