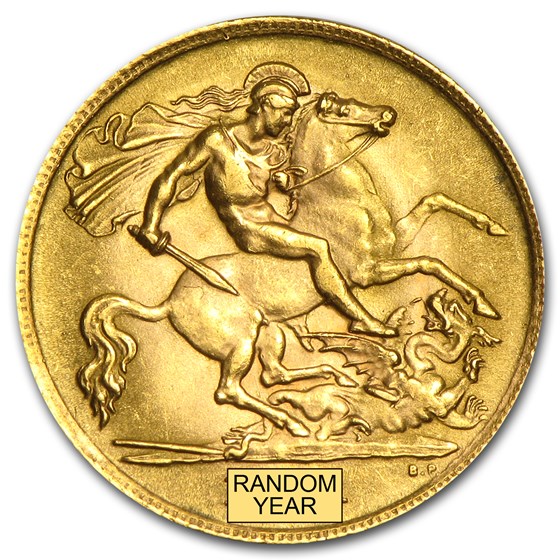 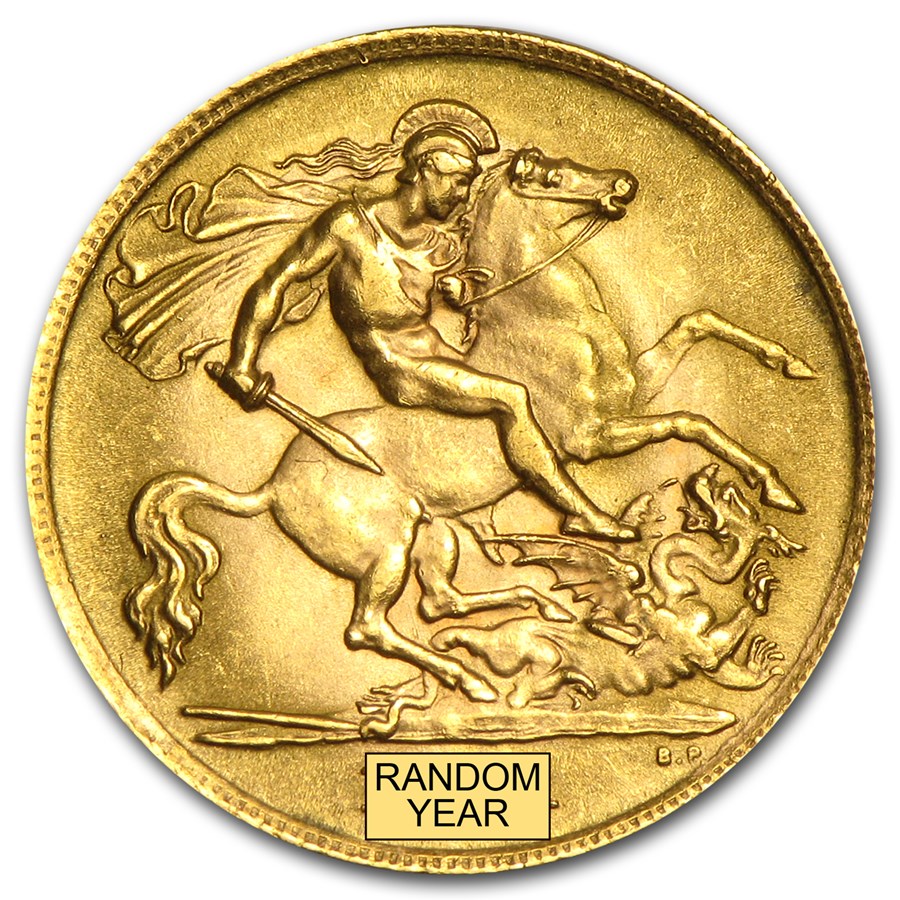 Product Details
Product Details
Great Britain first minted Gold Half Sovereigns in 1544 during the reign of King Henry VIII. They were continued from 1817-1937, and not issued again until 1980, but have continued to be popular amongst Gold investors worldwide.

Coin Highlights:
Display your coin in style by adding an attractive presentation box recommended for this coin.

Dates and monarchs will be of our choice and may or may not vary, determined by available inventory.

The original Gold Sovereign was last minted in 1604 but after more than 200 years, the coin was revived by the Great Recoinage of 1816 in an attempt by the British government to stabilize the currency and economy following the French Revolutionary Wars and Napoleonic Wars. In 1817, the “new” Gold Sovereigns were struck but production of these coins has been inconsistent. The coin was struck annually for the first 100 following reintroduction, but between 1917 and 1957, the coin was only struck in 1925 when Winston Churchill attempted to return the U.K. to the Gold standard. From 1949 to 1951, new coins were minted, but the coin was backdated because the coin was stuck using the die from 1925 and featured His Majesty King George V instead of King George VI, the reigning monarch at the time. Annual production resumed in 1957. Prior to 1932, before Britain abandoned the Gold standard, Gold Sovereigns were circulated throughout the public.

During the Victorian era, it was the practice of the Bank of England to remove worn sovereigns and half sovereigns from circulation and have them melted and recoined. Consequently, a staggering one billion sovereigns have been minted to date, but that number includes Gold that has been melted down and reminted into new coins. Additionally, when Gold Sovereigns were sent overseas for international payments, like in the United States, they were often melted down into Gold bars because of federal regulations in place at the time. On average, the Great Britain Gold Sovereigns had a lifespan of 15 years before falling below the “least current weight”, the minimum amount of Gold a coin could contain and still be considered legal tender. In 1889 and 1890, Orders in Council were made, allowing members of the public to return any Gold Sovereign struck before 1837 to the Bank of England to be replaced by full-weight coins.

The initial reverse image was the shield and crown motif surrounded by a heraldic wreath. This was succeeded by the portrayal of Saint George killing a dragon. Historically, other designs have been used during the reigns of King William IV, Queen Victoria, King George IV, and Queen Elizabeth II, but the image of Saint George and the dragon is still used on coins minted today.

Although Eastern in origin, the legend of Saint George slaying a dragon is part of England’s great history. Crusaders returned home to England and told of a place in Libya called Silene. The town had a small lake where a vicious dragon lived and poisoned the entire countryside. To appease the dragon, the villagers fed him two sheep a day. Once all the sheep had been sacrificed, the villagers started offering their children, drawn from a lottery, to the dragon. The day came when the king of Silene’s daughter was chosen to be fed to the dragon. Beside himself with despair and grief, the king offered the villagers all his Gold and Silver and half of his kingdom, but they refused. As the princess was sent to be fed to the dragon, Saint George rode past the lake. The princess tried to send him away, but he vowed to remain and as they were conversing, the dragon emerged. Saint George charged the beast on horseback and seriously injured it with his lance. He then yelled to the princess to removed her girdle and place it around the dragon’s neck. When she did so, the dragon meekly followed the girl without struggle. Saint George and the princess returned to Silene with the dragon where Saint George offered to kill the dragon if everyone in Silene converted to Christianity. Everyone immediately agreed and Saint George then struck the dragon with his sword, killing it. The king was so relieved the nightmare was over that he built a church to the Blessed Virgin Mary and Saint George on the site where the dragon died and water sprang forth from its alter that cured all ailments.

The workhorse gold coin of the British Empire

I got a 1925. Indeed it was in average circulated condition, as Apmex said. Which I expected, you can't expect every coin you buy to grade higher than they say. This coin was worth about $2.43 US at the time, a fair amount of buying power in 1925. I like to think of all the history connected with a coin like this. It must have passed through many hands 90-plus years ago.

Could'nt have asked for better

Got it when there was dip + a promotion - couldn't have been better. The coin was avg circulated and to hold the piece of history which is close to 80 years old is awesome.

Received a 1901 in AU condition. Better than I expected. Great addition to my collection. Tks

Another one of my favorites, both for design and value.