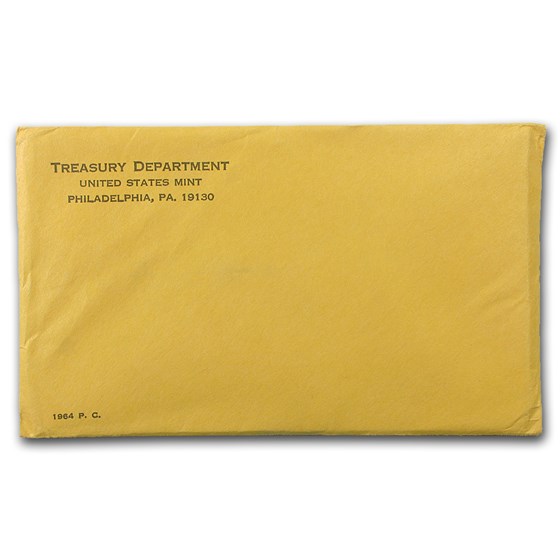 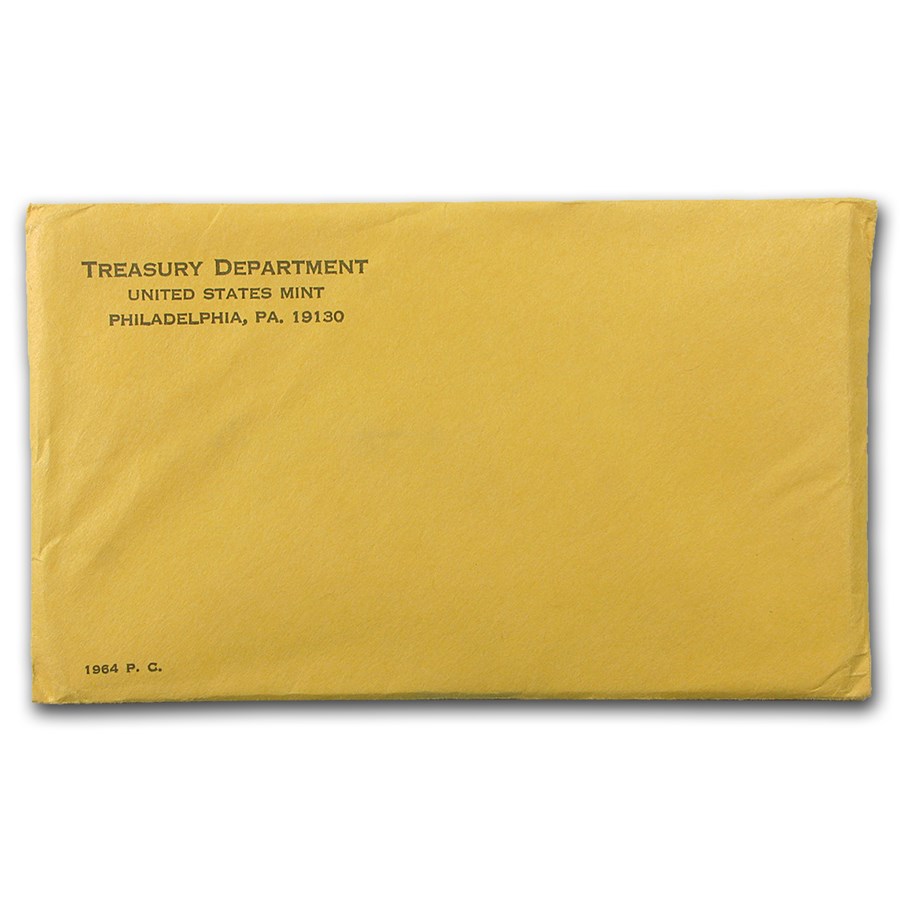 1964 was a momentous year in U.S. coinage. Production began of the JFK half dollar, and the circulating dime, quarter, and half-dollar coins were issued in 90% Silver for the last time. A 1964 Proof Set is an ideal way to acquire an example of each of these coins, and in beautiful proof finish!

This set will ship in its original mint envelope, sealed from the mint. By buying this sealed original product, you know that these coins have never been cherrypicked for high grades or valuable varieties, like so many of the opened sets have been over the past 50+ years!

Impressive. Etch marks inside the sealed envelope; attesting to the fact that it wasn't opened for all these years. The plastic bubble wrap holders intact and puffy. Love this concept. Perhaps APMEX should consider offering mystery grab bags at varying price points. I think it would be a good seller.

All envelopes arrived sealed. The coins inside were in exceptional condition minus a few due to the cello pack. And found a dcam quarter that paid for everything.