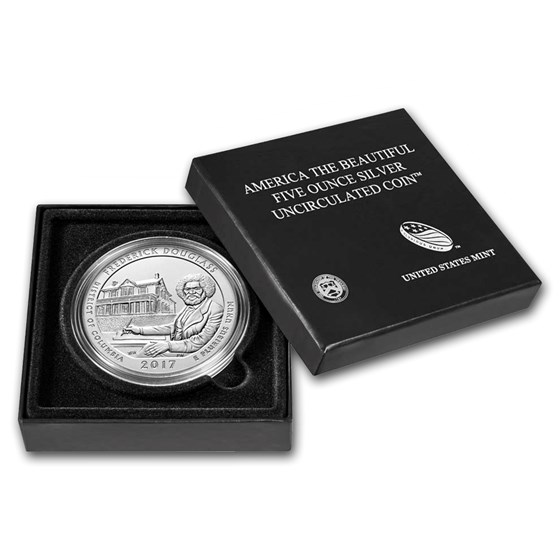 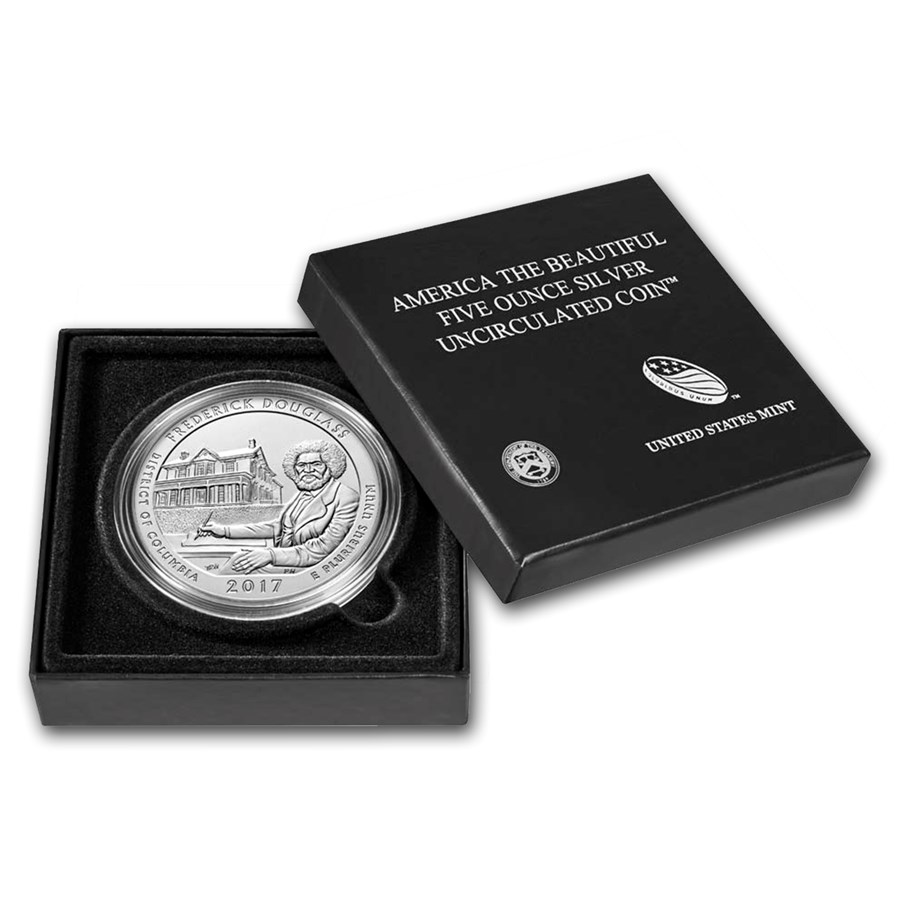 Product Details
Product Details
Frederick Douglass National Historic Site is the second release in 2017 of the U.S. Mint's popular 5 oz bullion America the Beautiful series. This 5 oz coin is the collector version with an uncirculated finish and a box and COA.

Born into slavery in 1818, he escaped as a teenager and became a leading voice in the abolitionist movement. Douglas' fame as an orator increased as he traveled and he went on to publish several books advocating for freedom and challenged racial segregation in the North, which were pertinent issues during the Civil War. Later in his life Douglass moved to Washington D.C. area to hold several political and civil positions. In 1877 he purchased the home today known as the Cedar House.

Most significantly, Douglass he held positions of public office at a time when violence and fraud severely restricted African-American political activism. In 1895 Douglass passed away at the age of 77. The legend of Frederick Douglass has inspired people from around the world during through his tireless struggle of activism, articulate words and inclusive vision of humanity for all.