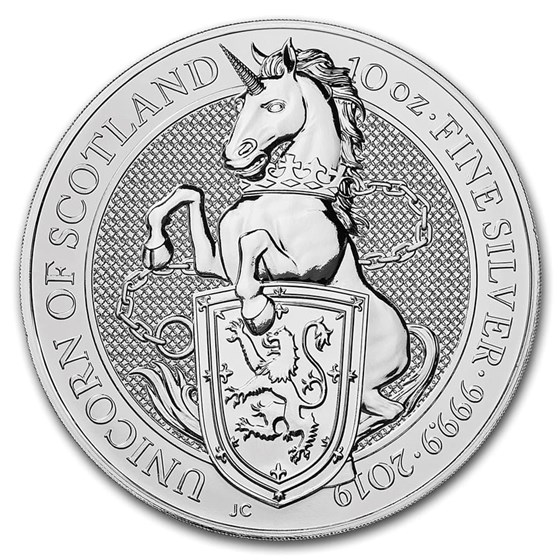 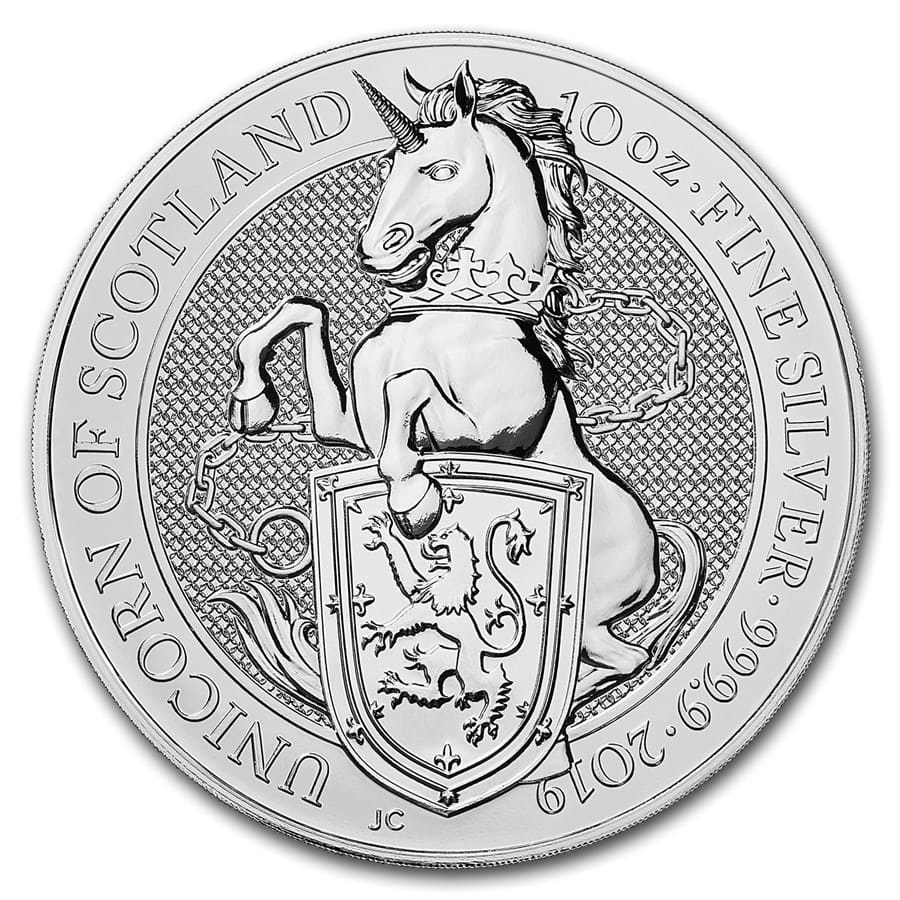 Product Details
Product Details
Behold the majestic Unicorn of Scotland in 10 oz of Silver. The fourth release of the 10 oz Silver Queen's Beasts coins is immortalized in .9999 fine Silver.

Giant coins are fun, too

This is a huge coin. Its the diameter of a coaster and about as thick as the 2oz silver of the same design. It looks really nice, with shiny reverse proof-like qualities. This series is a grand slam for the art and shows just how good the royal mint is.

I've recently become aware of the Queens Beasts series collection. I liked the shiney polished mirror like accents on the silver Brittanias. I searched APMEX and saw the 9999 silver Queens Beasts. Love at first sight! This coin is beautiful! I've bought five of the 10oz. coins currently available. The 10oz silver Queens Beasts are highly collectable. The first 3 are hard to find. I can't wait to get the last 5 in the series. APMEX is my go to dealer!!!

I will be collecting all of these beautiful coins

Beautiful piece of art,no blemishes. This 10 oz queens beasts is worth every penny. Well done Apmex and thank you for the swag.