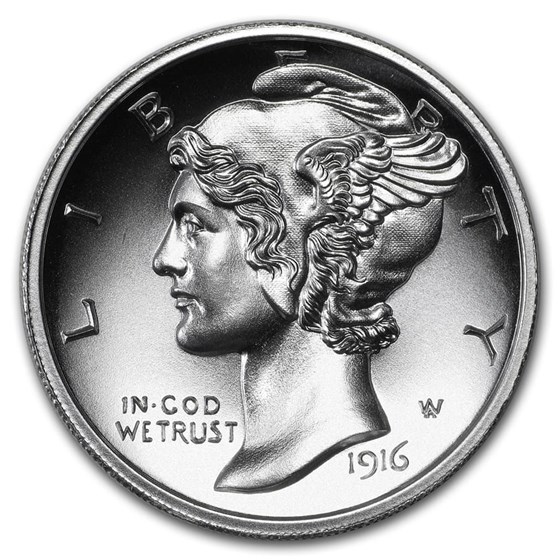 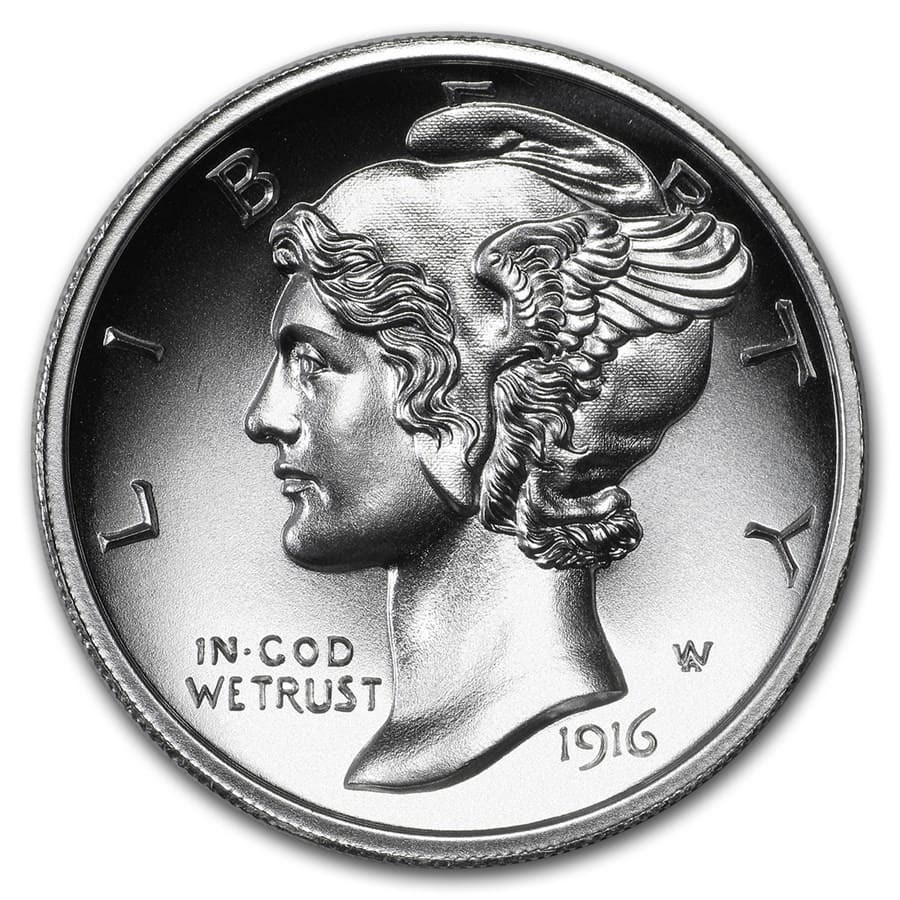 Your purchase is guaranteed to match the quality of the product shown. It will not be this exact item.
Product Details
Product Details
This new and improved Silver round pays tribute to one of the most beautiful and iconic designs in American coinage, the Winged Liberty, commonly called the Mercury Dime; rendered as a compliment to the original design in Ultra-High Relief, domed die.

The Mercury dime was a ten-cent coin struck by the United States Mint from 1916 to 1945. Designed by Adolph Weinman and more correctly referred to as the Winged Liberty Head dime, it gained its common name as the obverse depiction of a young Liberty, identifiable by her winged Phrygian cap, was confused with the Roman god Mercury. Weinman is believed to have used Elsie Stevens, the wife of lawyer and poet Wallace Stevens, as a model. The coin's reverse depicts a fasces, symbolizing unity and strength, and an olive branch, signifying peace.

This Ultra High Relief Round is an unparalleled way to hold PM's and satisfies ones aesthetic and tactile desires. If you are the type of person who enjoys the physical attributes of silver investment, you will not regret paying the moderate premium for something you can hold in your hand. The weight, size, and attention to detail are magnificent.