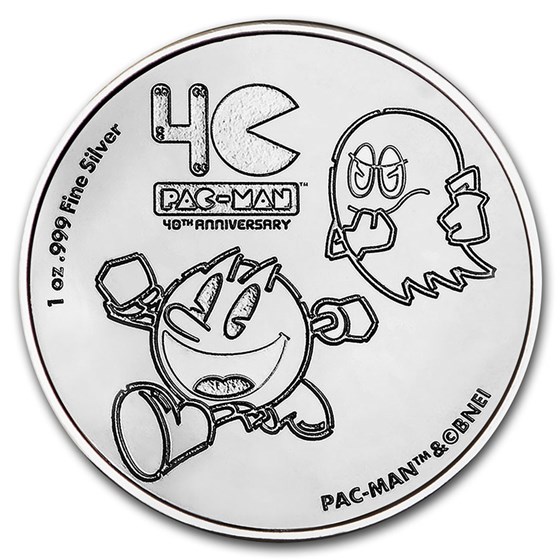 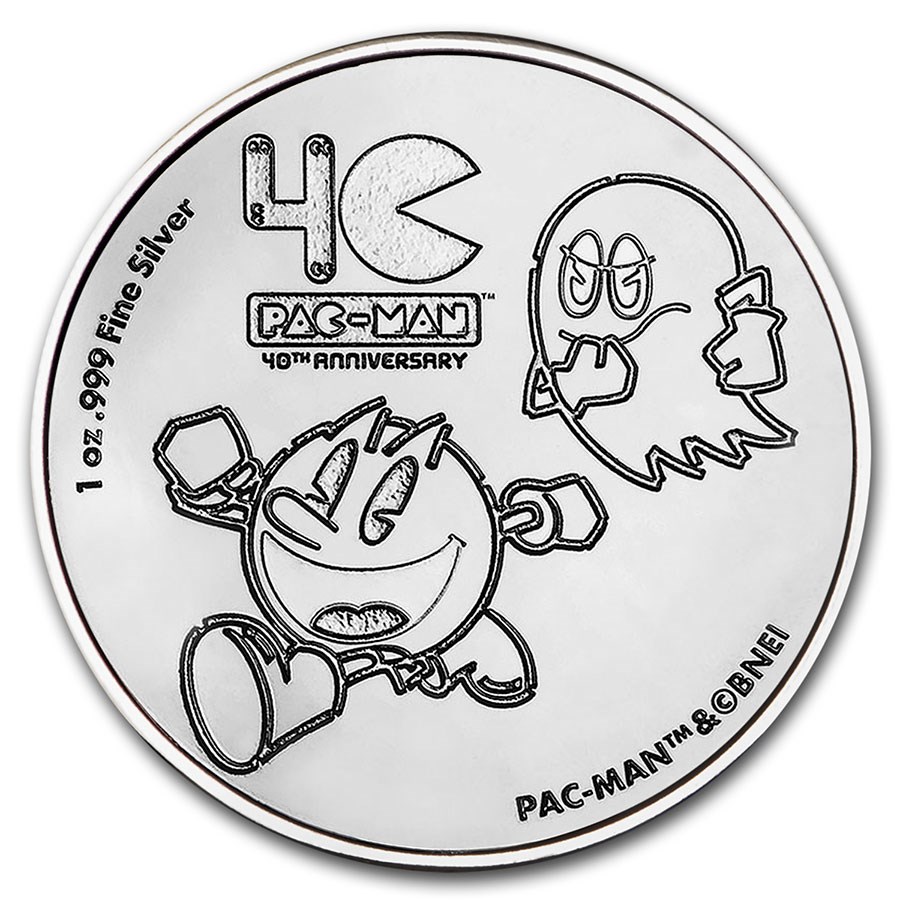 Your purchase is guaranteed to match the quality of the product shown. It will not be this exact item.
Product Details
Product Details
Available exclusively at APMEX, celebrate the 40th Anniversary of the video game icon PAC-MAN™ with this .999 fine Silver $2 coin! Issued by Niue and minted with officially licensed PAC-MAN™ imagery on both sides, this unique bullion coin is must have!

had to get it

awesome coin! happened to be wearing a pac man shirt when it was delivered.

reminds me of a childhood game.. great coin to have

I love this coin, it's very beautiful and it takes me back to my childhood. I hope more like these are to come.

I am glad that I at least brought one of these “PAC-MAN Silver Rounds”. New Zealand comes up some of the most interesting Silver Rounds. I know a few years from now, I would it be worth a lot more than what paid for it, but us stackers always hope that our Silver is worth than what we pay for it.

I will buy this again!

As a Gen Xer this is an icon from the days of my youth. Always been a fan of Pac Man. I will be making another purchase very soon. Strongly Recommend!