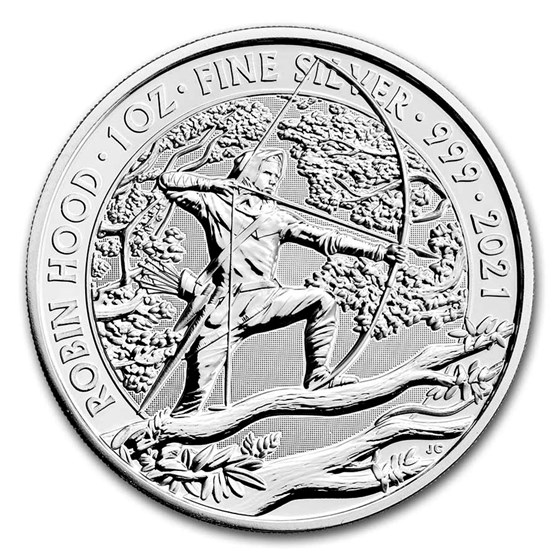 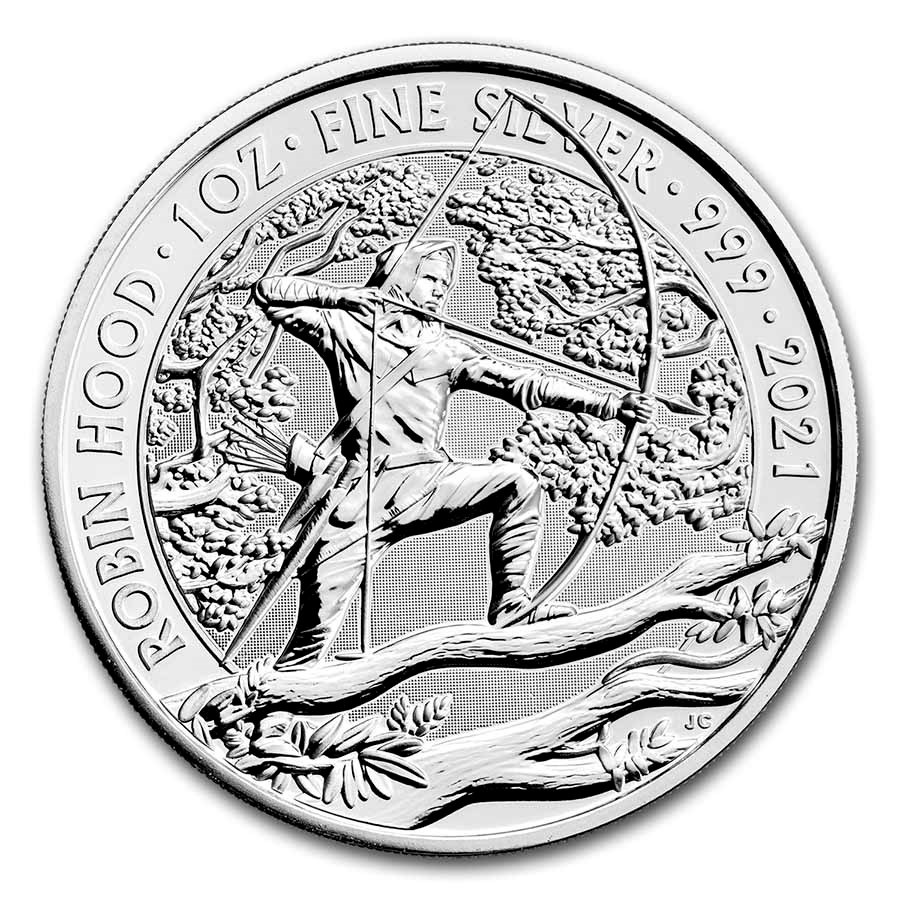 Your purchase is guaranteed to match the quality of the product shown. It will not be this exact item.
Product Details
Product Details
This Silver bullion coin from The Royal Mint features Robin Hood as the first design in the Myths and Legends series in 1 ounce of .999 fine Silver.

Display your 1 oz Silver Robin Hood coin in style by adding an attractive presentation box to your order.

Myths and Legends Series
The 1 oz Silver Robin Hood coin is the first release in a series featuring popular myths and legends from The Royal Mint. This Silver and Gold bullion coin series explores these enchanting tales and legends that have been passed down for centuries. This first coin features a modern representation of the famous Robin Hood in .999 Fine Silver. Robin Hood is known as the legend who took from the rich to give to the poor, and is depicted as a courageous hero.

The Royal Mint
The Royal Mint is the official mint of the United Kingdom, and has a rich history spanning over 1,100 years. The mint offers unique and innovate product to celebrate traditions, moments, and offers a wide variety of collectible and investment coins. They are well-known for their flagship Britannia products, and also produce coinage for the United Kingdom. The Royal Mint also produces themed bullion series, such as the Queen's Beast, the British Music Legends, and this new Myths and Legends series.

First coin in this series from the Royal Mint. Absolutely beautiful coin.

An attractive design, at a relatively low cost.

Beautiful start to a series. Top quality and design.

I liked the look of this online but it is so much better in my hand. Plus I love the story behind it.