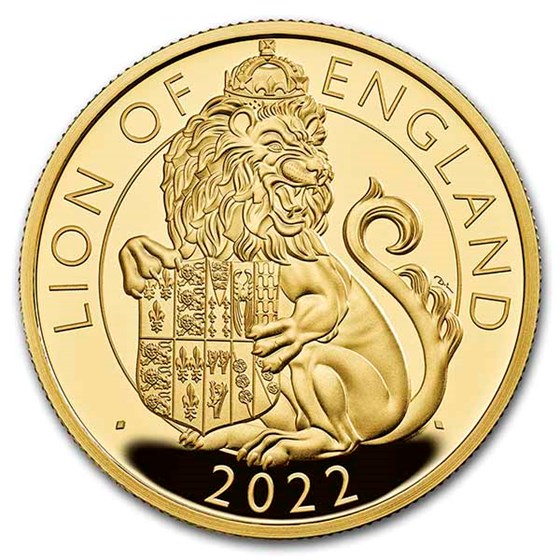 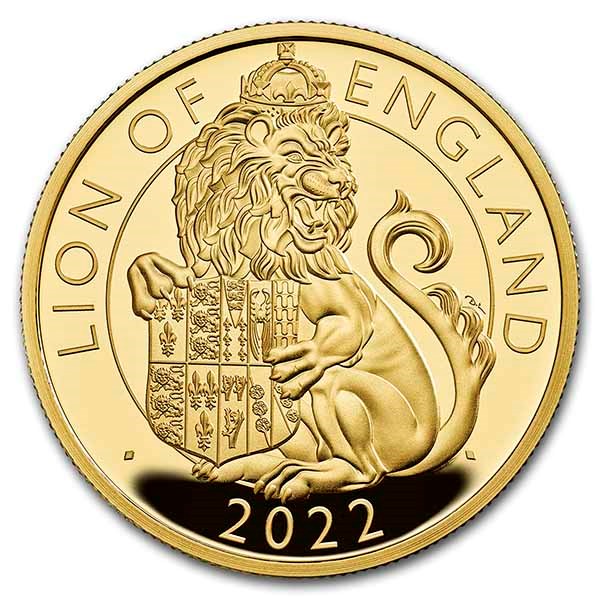 Product Details
Product Details
Continue your Royal Tudor Beasts Collection with this second release featuring The Lion of England. This 1 oz of .9999 fine Gold Proof coin has a special, limited-edition presentation of only 400 coins worldwide.

Add a home safe to your order today to protect your 1 oz Gold Proof Lion of England, along with any other prized collections.

Celebrate the second release in this exciting 10-coin series from The Royal Mint. Continue your collection by adding this limited mintage 1 oz Gold Proof coin to your cart today!

The Royal Tudor Beasts from The Royal Mint
Starting in 2022, The Royal Mint released The Royal Tudor Beast series to follow the ending of their collector favorite series, The Queen's Beasts. This new series plans to include both Gold and Silver Proofs, including this limited mintage 1 oz Gold Proof, featuring the famous beasts of the Tudor legacy: The Seymour Panther, The Lion of England, The Bull of Clarence, The Tudor Dragon, The Greyhound of Richmond, The Royal Dragon, The Yale of Beaufort, The Seymour Unicorn, The Queen's Panther and The Queen's Lion.

2022 1 oz Gold Royal Tudor Beasts Lion of England Proof
The Lion of England has been a part of heraldry for as long it has existed. First appearing on royal emblems in the 12th century and continuing today, The Lion of England is a selection made by both kings or queens to represent pride and courage with an iconic look to symbolize the strength between two people who choose this animal to be depicted on their shields – much like the strong marriage between King Henry VIII and his queen, Jane Seymour.