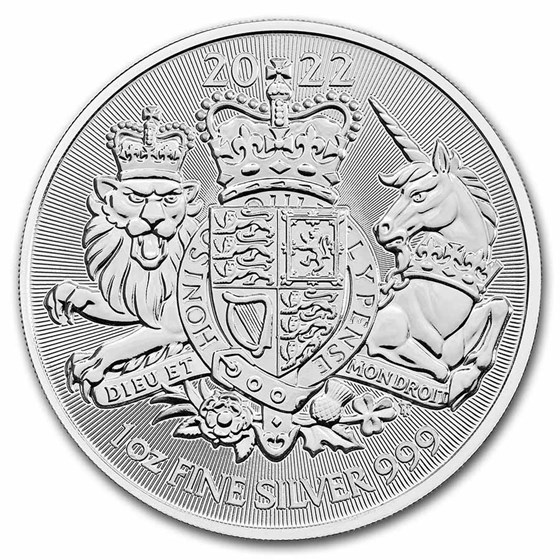 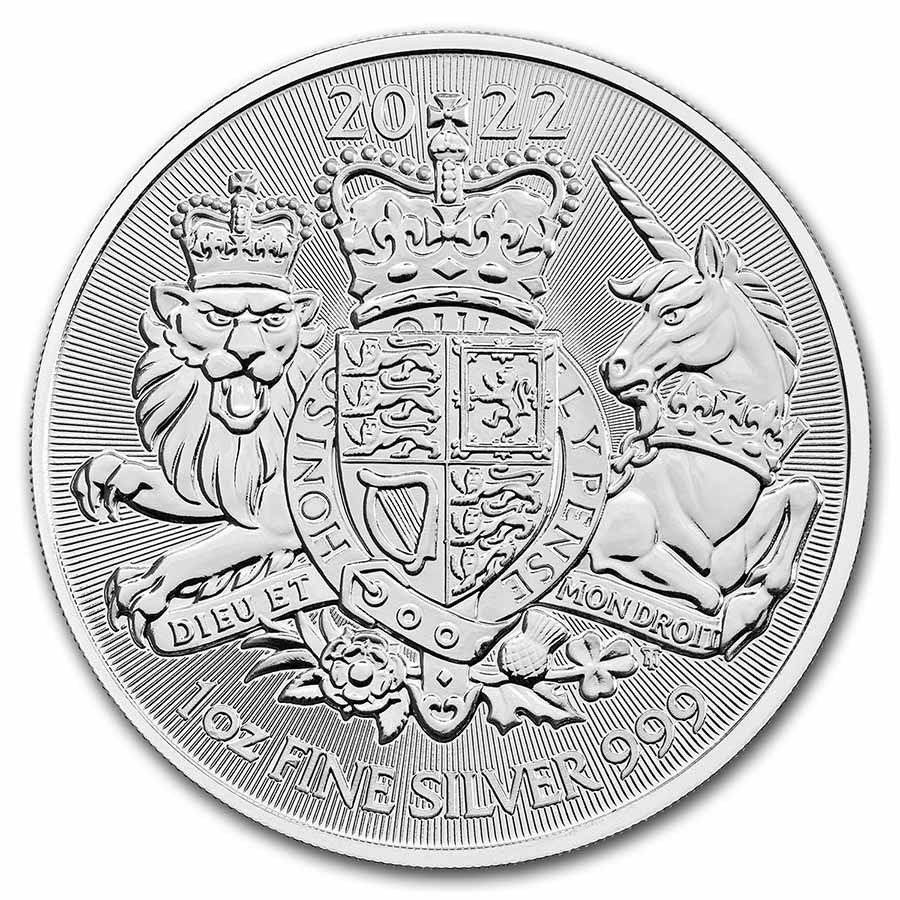 Product Details
Product Details
As low as $6.99 per coin over spot
This Silver bullion coin from The Royal Mint features the royal arms, a symbol of strength and majesty. The awe-inspiring design is depicted on 1 oz of .999 fine Silver.

Coin Highlights:
Display your 1 oz Silver Royal Arms coin in style by adding an attractive presentation box to your order.

The Great Britain Silver Royal Arms Coin
The iconic royal arms design by Eric Sewell has been reinterpreted on this bullion coin by coin designer Timothy Noad. The royal arms quartered shield depicts three passant guardant lions of England featured in the first and fourth quadrants, and in the second, the rampant lion and double tressure flory-counterflory represents Scotland. The third features a harp for Ireland. The shield is supported on one side by the crowned English lion and the other by the Scottish unicorn, and has a Garter circlet surrounding it, inscribed with "HONI SOIT QUI MAL Y PENSE" (shame on he who thinks evil on it). Also featured is the leek of Wales.

The Great Britain Royal Mint Royal Arms Coin Series
The royal arms has been a mainstay of British coinage for centuries, and symbolizes strength and majesty of the monarchy of the United Kingdom. The royal arms is still used today as a symbol of authority and identification, while the Royal Standard, a banner of the royal arms, is also flown from the royal palaces when the monarch is at home.

These coins are awesome and are a good price. Definitely will be getting more of these. Just having a Unicorn on them they are bound to go up in collector value like the Unicorn queens beast coins.